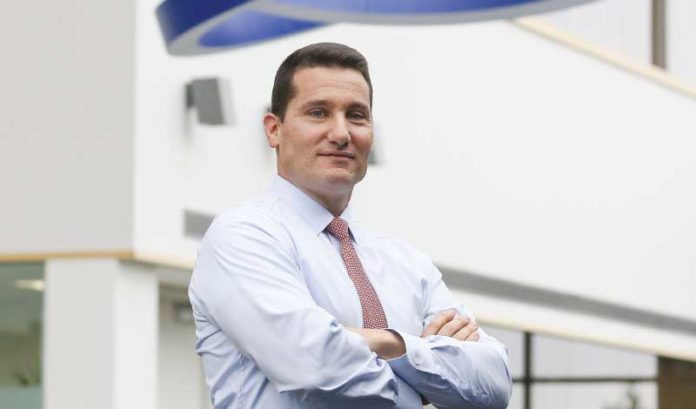 Heading an insurance company is nothing like being a rock star.

But the clients of Joe Beneducci’s company give him a good indication of what that is like.

“If there’s a band you like, there’s a real good chance we cover them,” said Beneducci, founder, chairman, CEO and president of ProSight Specialty Insurance Group Inc.

Housed in a Morristown office is the world’s largest insurance underwriter for touring musicians. But ProSight does much more than that. It wouldn’t have been able to crank its revenue up from zero to $900 million since its 2011 start otherwise.

“We’ve grown at a pace of roughly $150 million a year,” Beneducci said. “There aren’t a lot of companies in this industry that have seen the growth we’ve seen in the amount of time we’ve seen it. … It’s amazing what you can accomplish when you deliver value to a client that hasn’t seen the benefit of it in forever.”

Around three decades working in various roles at insurance companies convinced Beneducci that there was a serious disconnect in the insurance industry’s relationship with clients.

“Name another industry that sells a product that the customer not only hates but doesn’t even understand half the time — and, after they purchase it, they really don’t know what they’ve bought,” he said. “The whole process has been tricky for the client. But it might also end up being the most important thing you ever buy.”

Beneducci’s opinion is that the insurance industry is now having to come to terms with consumers having a heightened desire to know where their money is going.

“This might be an unpopular view in the industry, but, as important as insurance is — let’s face it, this industry was not created for this day and age,” he said. “It was created decades ago for a very different purpose, and it was not constructed for consumers that could easily seek answers to the value of what they’re buying.”

Insurance’s necessary but opaque status is partially an outcome of a hesitance to innovate in the industry — at least, that’s Beneducci’s view.

So, that’s what he sought to do with his company. And, he argues that ProSight has come up with untried innovations in almost all of its respective niches, rivaling insurers that still take a one-size-fits-all approach to different business sectors.

One example he pointed to from the company’s aforementioned music industry connection is the coverage the company affords to musicians that may have had a concert canceled or otherwise impacted by a terrorist event. The new coverage option supports musicians financially who want to go back into the community after such events and perform.

“That’s something we’ve seen a lot from musicians in years past,” Beneducci said, “It’s important to them; and, yet, no other company — to my knowledge — has done it.”

And, in its media and entertainment category, ProSight also has a team that deals specifically with the insurance-related challenges associated with getting films made. Besides providing safety nets for the risks associated with film shoots — such as those set in remote locations — the company is unique in having its own bond company, which Beneducci said helps prevent delays in the complicated process of bringing a film to life.

In all, the company works with nine different industry segments, and each has its own subcategories. ProSight’s approximately 500 employees are broken into teams dedicated to those subcategories based on specialties.

“And our culture and the employee base we have is unique in the industry in that the people here treat it more like a tech startup than insurance company,” Beneducci said. “It’s not built the same way the rest of the insurance industry is.”

It’s another deliberate attempt to stand out as a startup insurance carrier in a field dominated by a few large, longstanding competitors. It’s also a reason the firm gets the “insurtech” label, which, similar to fintech’s place in the financial sector, is a term for Silicon Valley-style tech companies disrupting the insurance space.

On the other hand, Beneducci doesn’t see his company as neatly fitting into a category of mostly narrowly focused concepts attracting today’s investment dollars. Instead, the growth of his business is an upshot of a broader approach that competes with traditional insurance carriers.

“What we’ve done is built a foundation that we’ve proven to be successful and profitable,” he said. “The real excitement is where we go from here.”

ProSight has a high volume of DJs.

Which, by the way, is not an acronym based in insurance industry vernacular; it’s the DJ you’re familiar with. 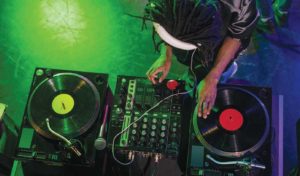 Disc jockeys — with expensive equipment and all the injury risk that comes with live shows — have insurance needs, too. And ProSight, the unexpectedly hip insurance firm that it is, covers 50 of the world’s Top 100 DJs.

“We wanted these DJs to feel like they have control with their own devices,” Beneducci said. “We launched it a month ago. We’re really excited about having this as a starting point for other (specialty lines of businesses).”