Home Finance How Bank of America is phasing more fintech and AI into its...
Facebook
Twitter
Linkedin 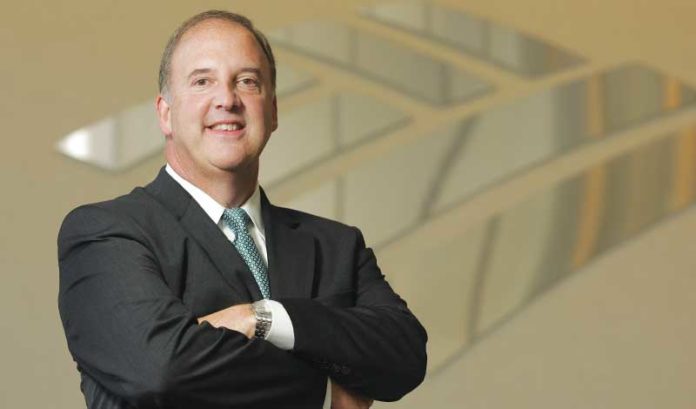 There are three ways that Robert H. Doherty, Bank of America’s New Jersey market president, gauges the size of his institution in the Garden State:

First off, the bank does business with more than half of all people living in the state … it’s connected with between a third to a half of all commercial entities based here … and it ranks among the state’s Top 10 employers.

None of that has changed all too recently.

What’s new is that there’s a once-significant measure that Doherty chooses to omit today: the amount of retail spaces it has in the state.

“The truth is, you just can’t measure yourself in that way anymore,” he said. “It’s certainly becoming less important as we see a trend toward traffic going way down at branches. We’re at the point now of having to figure out how we’re going to use these spaces more efficiently.”

Don’t misunderstand — Bank of America still has a whopping 250 financial centers in the state, more than most.

But that number isn’t growing. In fact, it’s very slowly shrinking, like with most banks amid today’s mobile banking boom. So, the monolithic banking institution doesn’t have the most branches in the state anymore; it renounced that title.

All the while, the industry leader’s mobile banking grew by almost a third last year. And during the first quarter of this year, the bank’s clients logged into their accounts 1.4 billion times — making 140 million bill payments and depositing 33 million checks through mobile devices.

Bank of America was one of the first institutions to incorporate the features of Zelle, a banker-led fintech solution. In April alone, the bank processed nearly 11 million transactions through Zelle, up 139 percent from the prior year.

The bank also recently introduced an AI-driven virtual assistant, Erica, in its mobile banking app. It hit a milestone of 1 million users within just two months. That program is just being added for the bank’s New Jersey clients as part of its phased nationwide rollout.

One of that assistant’s options is to connect customers with specialists remotely to help with various aspects of managing their banking accounts, treading on the domain of the traditional bank branches — something banks are expected to do more of in the future with tech offerings.

For the time being, Doherty said the branches are essential to have for the not-insignificant number of customers who still prefer that experience. Additionally, the bank’s statewide constellation of almost 700 ATMs continues to be a staple.

“Those are really impactful for some of our customers,” he said. “But we’re doing so much digitally — even opening accounts for customers online — that it is changing the relevance of any bank’s physical presence.”

One way those physical locations will remain relevant for an institution as large as Bank of America is that it keeps them tied in a real way to the small communities the bank does business in.

“I like that we’ve got the strength of a global institution with the resources that comes with that to put into technology but we at the same time have many local delivery platforms for the communities we serve,” Doherty said.

Has your business taken more space in 2021? The EDA may have a loan for you