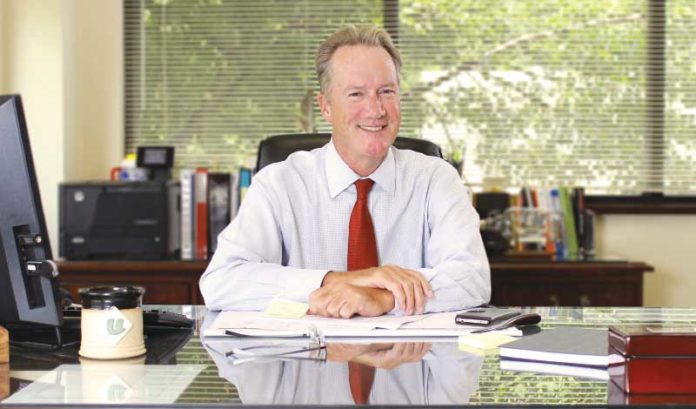 Clinton-based Unity Bank ranked last year among the nation’s most profitable banks on the smaller end of the industry spectrum — and the most profitable in New Jersey. This made it a headline item in American Banker’s year-end rankings, right on the heels of the bank’s best financial quarter in its history.

And that was the quarter before a landmark financial deregulation bill made it past the U.S. Senate floor.

It would make sense then that the Economic Growth, Regulatory Relief, and Consumer Protection Act, the bipartisan bill signed into law by President Donald Trump last month, would only bolster those impressive earnings. Unity Bank does construction and residential lending, it has a modest $1.5 billion in assets and it has very close ties to the community it serves. … In other words, it’s a model bank for the legislation; exactly the type the bill was said to be for.

Except, somehow, the bank feels left out.

“In all honesty, I expect there will be basically no benefit for us at all,” James Hughes, CEO and president of the bank, said. “It seems directed at other institutions. At the same time, you have other areas of compliance that don’t seem to be going away, only getting worse for us.”

On second glance, community bankers are finding less than they expected in terms of real benefit from the statute’s apparent chipping away at the Dodd-Frank Act, the regulatory framework enacted as a response to the financial crisis.

A bank such as Unity wouldn’t be affected by the legislation’s hallmark provision, which makes a difference for only two dozen banks across the country, none of which are New Jersey-based.

That revision increased the ceiling of assets banks must have to be considered systematically important financial institutions, or SIFIs, from more than $50 billion to more than $250 billion. Banks slapped with the SIFI label are subject to stricter oversight from the Federal Reserve. The change made it so banks with assets of less than $100 billion are entirely exempted from current SIFI oversight requirements.

But the vast majority of the state’s community banks are below $2 billion in assets. One of those is First Bank. Its CEO and president, Pat Ryan, hasn’t found more benefits than Hughes in the many provisions packed into the bill.

“When it comes to small banks, a lot of the legislation basically does nothing for us,” he said. “Of course, you have to be careful complaining about legislation that if anything is neutral but in your favor. But my concern is that it’s getting billed as a tremendous relief for community banks; I’m not sure it changes our lives in any way.”

Like most in the industry, Ryan gauges the fact that lawmakers are talking about how to help banks as a positive — hence the hesitation to find fault with an attempt to trim at the edges of existing banking regulations.

One of the bill’s key modifications was the removal of the Volcker Rule restriction on banks below $10 billion in assets. That piece of the Dodd-Frank Act regulation barred banking institutions from doing the type of speculative investments that contributed to the financial crisis.

“But, really, how many banks under $10 billion are doing that now? Basically none,” Ryan said. “That’s an example of something that will have almost no impact, because none of us in community banking are eager to do this proprietary trading anyways.”

Industry experts generally agree that the institutions most interested in hedge fund activities would be the biggest banks.

That has given rise to speculation about whether the legislation was in part setting the stage for a larger revamp, such as the Financial CHOICE Act. That stalled Republican bill goes a lot farther. It would eliminate limitations like the Volcker Rule for all banks.

At the same time, Ryan and other bankers share a concern that a humbler purported scrapping of regulation — without having much to show for it — will now swing the pendulum in the other direction.

Ultimately, industry watchers such as Don Musso, who runs bank consulting firm FinPro, expects that what will determine the day-to-day for bankers across the state is less about the rules themselves than how regulatory agencies will interpret them.

Additionally, Musso’s view is that a state like New Jersey has bigger issues than federal oversight for local bankers: namely, high taxes.

That’s why many local bankers actually took the recent tax reform to be more of a victory for them than the regulation rewrite when it comes to federal policy.

Unity Bank’s CEO certainly sees it that way. Late last year, that institution became one of the first companies nationally to reward employees with the benefits of federal corporate tax reform. All of the bank’s staff got a $750 bonus, on top of the $250 bonus they now get each quarter the bank maintains a certain level of profitability.

“And that’s a lot of money if you’re a bank teller to get these bonus checks,” Hughes said. “It makes a big difference for them. And it’s deserved, because like any business in the service sector, it’s our employees that make us great. We want to share this benefit, as we don’t believe it should all go to shareholders.”

Unity Bank tries to live up to its name.

As CEO and President James Hughes explained, the bank goes out of its way to integrate New Jersey’s Turkish communities into the country’s financial system.

“With all the turmoil going on Turkey, a lot of great people are finding their way to U.S. to build a new life,” Hughes said. “They don’t have a history of credit scores, tax returns or anything like that. But we can help some of those nice people at least start out with a banking relationship here.”

He said his institution serves Turkish enclaves in Paterson and Somerset. The bank is also unifying an Asian Indian population in Edison with much-needed banking services.

“I go to India every year with some of my clients to help try to understand the culture as well as to build new relationships,” Hughes said.

A glimpse of the future: Nine areas show EDA the innovative...

Why EisnerAmper’s Weinstein is bullish on Newark