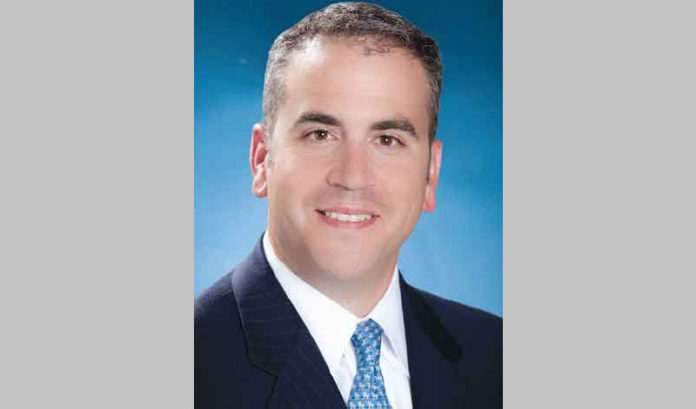 There’s a scramble now — because, for the eight years of former Gov. Chris Christie’s administration, lobbyists knew certain policies just wouldn’t get past the veto.

Obvious as it may seem, that backstop being gone under Gov. Phil Murphy has made for a busy period, as lobbyists such as Bill Caruso rush to reorient themselves for a different agenda.

But, when it comes to the issue Caruso’s long been an advocate for — cannabis legalization — he’s glad of Trenton’s new reality.

“Christie even told me, but in a very friendly way, we knew each other well: ‘This will never happen, and you know that,’” he said. “He was very clear on that. It wasn’t going to be considered at all.”

Caruso is lobbying for the local push for recreational cannabis and medical marijuana expansion from a couple of different angles. For many years, he has provided lobbying guidance through New Jersey United for Marijuana Reform and the New Jersey Cannabis Industry Association, both advocacy organizations he helped jump-start.

What started as a passion project is starting to move into his professional life, too — which, prior to Murphy’s election, Caruso didn’t quite anticipate.

Caruso, of counsel at Archer & Greiner P.C., represents individual clients that have either direct or tangential interests in the cannabis space, such as the large West Coast-based agricultural firm Terra Tech.

Even with all the buzz around Trenton surrounding the administration’s budget and the shutdown standoff, Caruso has been keeping his ear to the ground in terms of what’s going on with the seemingly stalled New Jersey cannabis legalization legislation.

“It’s moving forward, but just very slowly,” he said. “We reached a stalled period with everything going on with the budget process. The issue is progressing still, but it may have to wait until the end of summer or fall now.”

At the same time, opposition has coalesced against the advancing legislation, including from some not-so-obvious sources.

One example are the drug treatment programs that have paired up with larger organizations opposing to the bill to lobby against it because these private entities stand to lose revenue without the same level of marijuana possession arrests and court-ordered treatment.

Some in the marijuana industry itself are also lobbying against the effort.

“A lot of those are the current dispensary owners,” Caruso said. “I can’t say they’re all opposed. But those that are don’t seem too keen on it. They don’t want the competition.”

Aspects of the initial bill also drew the ire of some minority groups and social justice activists for including regulations such as an exclusionary rule for cannabis business owners with a criminal background. But Caruso, who shares many of the same goals of these advocates, is confident that those issues are being worked out.

“Something like people selling dime bags on street yesterday being excluded from selling it now that it’s legal seems stupid, frankly,” he said. “We’ve wanted communities to see reinvestment that were most harmed by the war on drugs. And that’s starting to resonate with the state’s leaders. So, I’m happy to say it’s at the forefront of debate right now.”

A recent amendment to the bill sets aside 25 percent of costly cannabis business licenses for people from economically distressed areas — places impacted by the drug war. Caruso believes the need for such modifications is now being recognized by policymakers.

“And I’m extremely proud of that,” he said. “That was our goal when we created New Jersey United for Marijuana Reform many years ago. We wanted to have these issues at the forefront as it moved through the legislative process.”

Demolishing how lobbyists do business

You might not even notice the renovation of an old building such as Trenton’s State House.

But, if you’re a lobbyist right now, it might as well be a total demolition of the way state policy is done.

The Governor’s Office is no longer located inside the State House during the building’s ongoing $300 million renovation. At the very least, this means lobbyists have been spending a lot more time standing in security lines to get in and out of the state’s political centers.

“It’s making things more of a struggle to navigate the executive branch, and it has even prevented some coordinated meetings, because they’re no longer present in the State House,” lobbyist Bill Caruso said. “But it’s not impossible.”