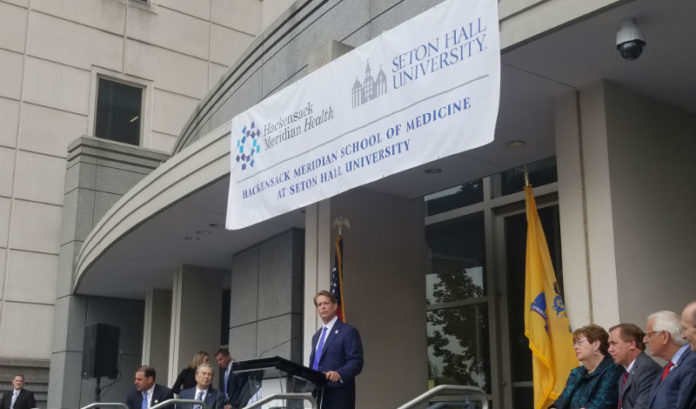 Ralph Lauren has made it official: It is coming to the ON3 site in Nutley and Clifton.

The international fashion giant, which was approved for a 10-year, $33.1 million Grow NJ credit last fall, signed a lease earlier this month to move its offices to the former Hoffmann-La Roche site on Route 3, which straddles the municipalities of Nutley and Clifton.

The move keeps 500 jobs in the state and will need to create 200 more if the company wants the complete award.

Ralph Lauren had been considering a move to High Point, N.C., giving New Jersey a rare win over that state.

The lease is also another victory for ON3.

The site, which will be anchored by the Hackensack Meridian School of Medicine at Seton Hall University, also has deals with Quest Diagnostics and Modern Meadow, which makes animal-free leather.