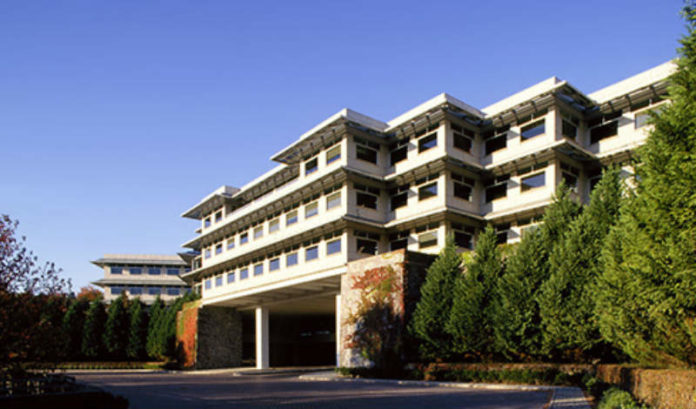 For Smith, it means no more of the same old question: “What’s going on with the Merck campus?”

Smith, in the middle of his second year as mayor, chuckled when asked the frequency of the query.

“All … the … time,” he said, pausing for emphasis between each word.

Now, Smith can formally say what he has been privy to privately during the last six months of negotiations.

UNICOM, a multipurpose IT services company based in Beverly Hills, is coming to Readington.

The company, which already has New Jersey offices in Parsippany and Plainsboro, said it will use the facility and its 1.2 million square feet of office, research and manufacturing space to serve as the regional headquarters of a company eager to grow its presence from Boston to Washington, D.C.

“UNICOM is very excited to acquire this world-class IT Real Estate property as our regional headquarters for the New York and New Jersey region,” Hong said in a statement. “Our commitment to expand and extend our IT Real Estate portfolio and our services for industry leaders, especially those in the banking, insurance, technology, telecom, pharmaceutical and biotech sectors, is reflected in this investment.”

Neither UNICOM or Merck released the cost of the deal, but they did say the companies expected to complete the transaction in October.

How quickly that means new jobs and new residents for Whitehouse Station, which is an unincorporated community within Readington Township, is not as clear.

The area has been struggling since Merck announced in October 2013 that it was leaving. It’s why the building always was top of mind for residents.

“Not only because many people here used to work for Merck, but because it was a ratable that was paying taxes in the town,” he said. “And, unlike your house, if your house is vacant, you still pay taxes. On a commercial property, the longer it’s vacant, you pay less.

“Seeing this ratable dropping in value impacts everyone in the town because it means all of us share a larger burden to pay for school taxes.”

The presence of UNICOM — and a new job force that is expected to be in the thousands — figures to impact nearly everyone, too, Smith said.

“This will be great for our small businesses in the area, whether they be restaurants or other services,” he said. “We’re now going to have a good problem of having that many people who will need lunch or other services while they’re there.

“They might drop off their dry cleaning in the morning and pick it up. They might need day care services for their kids. They might need a whole bunch of things. Bringing this many jobs to the region has a big economic impact of the entire area, not just Readington, but also Tewksbury and Bridgewater and other places.”

And it will come at little additional cost.

Smith said the building and the surrounding areas do not need any major upgrades or improvements.

“Not at this time,” he said. “This is just putting people back in existing buildings. The roads are in reasonable shape.”

The new residents will help change the makeup of the community, too — all while solving a major housing issue.

“You will have a whole spectrum of jobs I think, and so I think it will work across our entire housing space, which is important now with affordable housing mandates coming through, there’ll be more housing that will be built,” he said.

“The bigger thing may be that this will enable some people to sell their homes. After the market downturn of 2008, there were so many upside-down mortgages that people couldn’t afford to move.”

That slowed the turnover in the community, Smith said.

“So, a lot of good things will come out of this.”

Including a new set of questions.