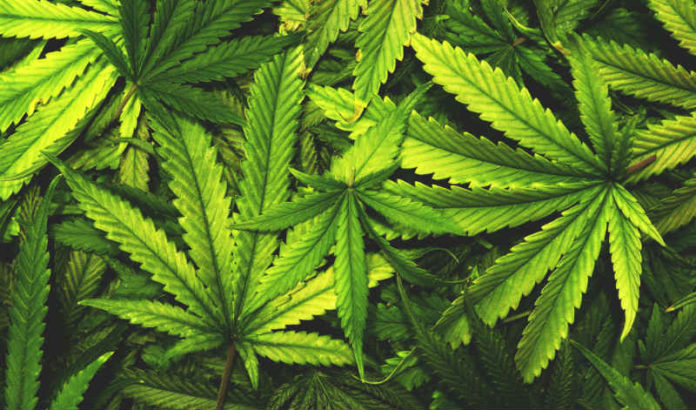 Where can medical marijuana be used?

It’s a question many have asked since the program launched in New Jersey in 2013 under then-Gov. Chris Christie.

Those who have been asking have found ways to deal with the issue in different ways, sticking to internal discussions in hopes of flying under the radar.

Hospitals and long-term care facilities are among those asking, and have a renewed interest in the issue. Because of the expansion of the program, it exposes them to increased risk of violating federal laws, which could then jeopardize Medicare and other funding.

That’s because storage, handling or use of a federally banned drug would be a violation of federal law. Compliance with federal laws is required for federal funds through the Centers for Medicare and Medicaid Services.

And, while it isn’t a New Jersey-only problem, and the pool of patients remains relatively small in the state, providers are still seeking guidance.

Rhode Island, which has had medical marijuana on the books since 2006, is still struggling with the issue.

The Minnesota Hospital Association, which legalized in 2014, created a template after a committee worked on the issue.

It is as follows:

New Jersey Department of Health Commissioner Shereef Elnahal has previously said he knows concerns about the issue are a problem that needs addressing, and is running into the question during his current tour of providers around the state.

“I’ve been asked by a number of folks … and, also, some administrators want more clarity on this. What I’ve been saying is that patients should be left to self-administer in the hospitals. If they are an inpatient or a resident in a nursing home, they should be allowed to self-administer,” Elnahal said.

Part of our fight against the #opioidcrisis involves educating doctors in alternatives to opioid therapy.#MedicalMarijuana is a great alternative, as I taught docs at St. Joseph’s today.

I also toured their ER to learn more about #ALTO, which we will replicate. Thanks @sjh_nj! pic.twitter.com/vSoPUExV73

This new approach is a significant shift from his predecessor.

In late 2016 and early 2017, both the DOH and New Jersey Board of Pharmacy declined to provide guidance on the issue, sought by attorney Angelo Cifaldi at Wilentz, Goldman & Spitzer.

“The problem is, it is still a (Schedule I) drug, and pharmacies are not allowed to dispense it, so the Board of Pharmacy doesn’t believe they need to regulate it,” Cifaldi said. “The (boards) need to get together somehow and patch together some regulation.”

Satish Poondi, also an attorney at Wilentz, said hospitals have adopted the policy to completely disallow medical marijuana on their premises.

Which is why Elnahal believes self-administration is the best balancing act for now. Even though that still leaves hospitals open to risk from the federal level.

“It prevents them from getting hit with penalties for storing it … which is something (authorities) look for. So, they wouldn’t be guilty of that. But it, of course, allows (patients) to get the therapy regardless, and (the burden) is placed on the patient or guardian or family member to bring it in. That does expose them to some liability, but the likelihood of any federal enforcements for a medical marijuana patient, I think, is quite low,” he said. “Especially given recent statements by the administration that they are going to essentially leave most, if not all, marijuana policies to the states.”

Cifaldi said the problem goes further than a storage issue.

“What people are not grasping is there are people who can legally use medical marijuana in New Jersey. The program is expanding. They are expanding the uses, they are making it easier for people to register, they are making it easier for doctors to write orders for it — which is going to exacerbate the problem when these people are hospitalized,” he said. “Hospitals generally frown upon people bringing in medicine from outside. The only exception for that is if the medicine is checked into the pharmacy, verified for what it is. And, legally, they cannot check it in because it is a (Schedule I) drug. So, if they brought it into the pharmacy, they would be violating the laws. So, now you’re preventing the one mode they have to bring in medicine from outside.”

“Alternatives we’ve discussed are with respect to having a location outside the licensed premises, but for the most part, hospitals have taken a position of not permitting it within the four corners of the facility,” he said.

In addition, Poondi explained, all hospitals have a pharmacy and therapeutic committee — a group of doctors, pharmacists and other providers that determines the policy the hospital will adopt. Clinicians needs guidance because they are tasked with figuring out what medications the patient is already on, in order to determine the safe administration of drugs while the patient is hospitalized.

“We don’t know the extent of drug interactions, because there isn’t enough research,” he said. “At the very least though, they should be at least aware a patient is getting marijuana therapy because they may choose to recommend that it be held because of some other medication they are giving … at the hospital.”

The next step is up in the air.

The legal community is itching for a good fight, while the legislative side attempts to swing President Donald Trump’s administration into taking its hands off the controls.

“The next step — unfortunately, this may be how it has to bear out to get some solution — if there is a person that relies on medical marijuana for their treatment, they are hospitalized, they don’t get medical marijuana and they get adverse effects because they weren’t able to receive the treatment, then there’s potentially a lawsuit that says you denied me the access to my medication. Then, maybe that, unfortunately, is how this gets teed up,” Cifaldi said. “I do sympathize with the state agencies, because this is not legal federally. But the state passed medical marijuana laws in New Jersey, so they need to take the next step.”

While there have been no lawsuits yet, Cifaldi said, as with everything, it’s only a matter of time.

The state is attempting to handle it, Elnahal said.

“We are doing a number of things,” he said. “We are looking into descheduling it at the state level. We are working with the Attorney General’s Office on that. That would, of course, still leave the Schedule I status at the federal level. But the feedback I’ve got on potential guidance from my department … is it’s not really going to give (providers) any more relief or peace of mind. So, if there’s not much value to it because of the federal level barriers, I’m just going to make public statements in support of it.”

“The best thing we could do at the state level for federal barriers is to advocate vis-a-vis the state delegation. We already have senators and representatives in support of this. So, Sen. Cory Booker has a bill that would deschedule the therapy and make access to medical marijuana more legitimate in the eyes of the federal government. That would be great if passed. We would be able to pull down more research funding and we would be able to give institutions more peace of mind. As long as the risk is there, you aren’t going to get as much adoption (of the program) as you want.”

To-date, less than 700 of the state’s 28,000 registered physicians are participating in the medical marijuana program.

Cifaldi said that, for now, the issue is causing hospitals to keep trying to “fly under the radar,” because no one wants to be the poster child for enforcement action.