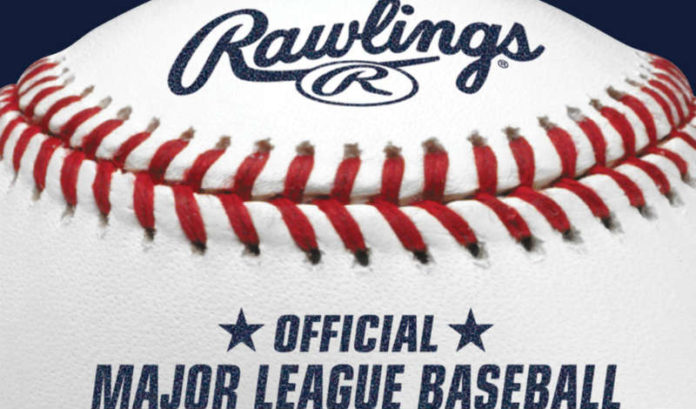 Pete Rose would be proud.

Not as many kids are playing baseball — and fewer and fewer are watching it. But, in New Jersey, we sure are betting on it.

New Jersey regulators released their first sports betting revenue numbers Thursday — from Monmouth Park racetrack and Borgata and Ocean Resort casinos in Atlantic City — and Major League Baseball was the most popular play, accounting for 66 percent of “completed side” bets in the first (partial) month of New Jersey sports betting.

The numbers were compiled by NJOnlineGambling.com.

The state Division of Gaming Enforcement reported that there was a $16.4 million total handle, with just $1 million of that on “futures” bets, the site said.

On the “completed events” side, 66 percent of the bets were on baseball and 14 percent on soccer (the World Cup).

On the futures side, 48 percent was on the World Cup (including the ROI-NJ editor’s $5 at Monmouth Park on England, which lost Wednesday in the semifinals).

Another 27 percent was on NFL futures, and 12 percent on who will win the World Series.

John Brennan, a longtime New Jersey sports business writer who is now a senior analyst at NJOnlineGambling.com, which tracks the emerging industry, broke down the numbers.

“The regulators include futures bets — like who will win the 2019 Super Bowl — as part of sports betting gross revenue that is taxed immediately, while the winning payouts will be deducted from gross revenue next February for those bets,” he said. “So, sports wagering gross revenue is not revenue under the ‘accrual basis of accounting,’ and thus not comparable to ‘win’ at Nevada casinos.

“I spoke with Delaware Lottery Director Vernon Kirk this week, and he had a similar observation about their first-weeks figures. So, what on the surface looked like a 14 percent return comes out closer to 8 percent.”

The bigger question:  How much did the track and casinos win?

In New Jersey, the “sports wagering win percentage” — comparable to Nevada’s numbers — was 7.8 percent retained by the three properties, or $1.2 million total, the site said.

Monmouth Park and Borgata debuted their sports betting on June 14, three days after Gov. Murphy signed a bill into law and one month after a milestone U.S. Supreme Court ruling that struck down Congress’ Professional and Amateur Sports Protection Act of 1992. Ocean followed on June 28, the same day it opened its brick-and-mortar casino in Atlantic City. Now any state can, if it chooses, offer Las Vegas-style sports betting.

From trash to treasure — how Jersey City increased size of...