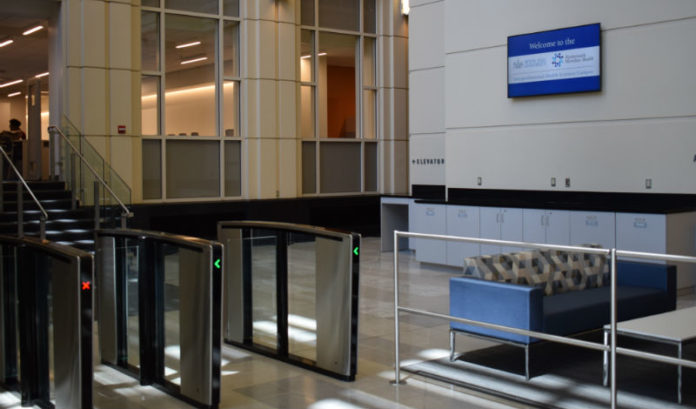 While business leaders have been excited about the new Hackensack Meridian School of Medicine at Seton Hall University, there are logistics concerns for students who will need to shuttle between classes at Seton Hall’s main campus in South Orange to the new facility in the fall.

A concerned parent contacted ROI-NJ, explaining the concerns that have been reported by The Setonian since September 2017.

Comments on some articles, including in April of this year, have criticized the attention on the new students of the medical school, to the detriment of existing students commuting and having to move housing to the campus.

“The students applied to Seton Hall South Orange, not Hackensack Nutley. College students have enough stressors. Being displaced and forced to find housing and transportation to a new campus that the ‘parent’ company (Seton Hall) is now removing itself from, is reprehensible,” a post from “Angel” said.

That was before the announcement of Seton Hall relinquishing its 50 percent share of finances, and eventually relinquishing control to the health system.

“This affects hundreds of students,” the parent told ROI-NJ on the condition of anonymity. “The nursing students and the health sciences students, which includes physical therapy, occupational therapy, athletic training, speech pathology and physician assistants.

“Many of the health sciences students are in dual degree programs, so some of them are still undergraduate students and will have to take classes on both campuses with no transportation being provided other than one van going to Nutley in the morning and then returning in the afternoon.”

When asked about these concerns, a spokesperson for Seton Hall said students will have to organize their own transportation.

“Students are required to provide their own transportation to the Interprofessional Health Sciences campus as well as transportation to their clinical experiences. In terms of transportation options, there also will be a courier van running every day between South Orange and the IHS campus, coming in the morning and returning in late afternoon.

“An NJ Transit bus stop is located in front of the campus and the travel time is approximately 1 hour and 15 minutes from Seton Hall’s South Orange campus via bus,” university officials said in an emailed statement.

Seton Hall is transitioning 100 percent of financial operations to Hackensack Meridian Health by July 1, but co-CEO Robert Garrett deferred to Seton Hall on the issue.

“That’s really a Seton Hall issue,” Garrett said. “If we can be of help to the other two schools, of course we are there, we are their partner.”

The source said it is a burden that students are being forced to bear for a move that the university is in charge of.

“This isn’t just the 60 students they are admitting for the new school … we are talking about literally hundreds of students,” the person said. “There’s a lot of students being affected by this and there’s no real clear answer.”

N.J. university among Top 25 business schools in the Americas by...