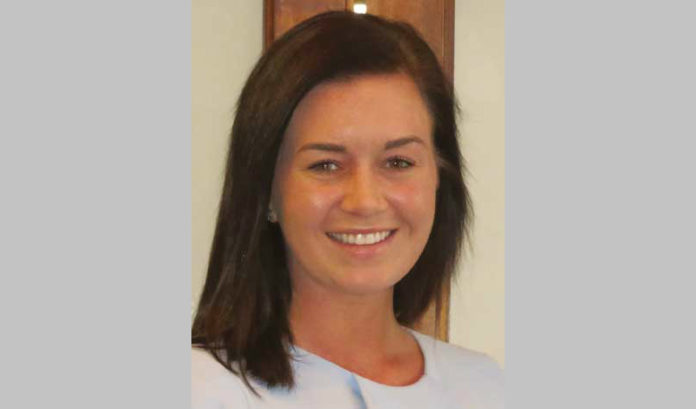 ROI-NJ: When and how did you first enter politics?

Alyssa Dawson: I interned in Gov. (Chris) Christie’s Office of Constituent Relations during the summer before my senior year of college. When I graduated in December 2014, I was offered a job in that same office and began working there in February 2015. I worked in OCR, a nonpartisan office that fielded phone calls, letters and in-person meetings with constituents on an incredibly wide range of issues, for nearly two years, dealing firsthand with constituents and guiding them through the bureaucracy of state government to help them resolve situations they could not resolve on their own. Then, in July 2016, I moved on to the Governor’s Briefing Office and then again as the scheduler to Lt. Gov. (Kim) Guadagno in January 2017. Since May, I have been blessed to serve on my hometown’s council as the youngest female in public office in New Jersey.

AD: There is a whole demographic of young people in our communities and in our state who deserve as much representation as older demographics do. I already have been hit with claims that my youth is equivalent to a lack of experience and I have had no issue responding to these claims: First, I have three years’ experience in state government, and second, young people deserve a voice at the table. If we are willing to give up our time and energy to improving our communities, why is that looked down upon? Especially when we are the ones who are either going to benefit or be burdened by the decisions of those in power.

AD: Whether it be in Trenton on a statewide level or in a small municipality, I think it is awful that there is so much focus on the political aspect of the job and so little focus on what the job actually is, which is to solve the problems of constituents and shape policy for the betterment of the community. This is why I prefer to use the word ‘public servant’ rather than ‘politician’ when referring to myself.

AD: If not now, then when? I believe it is never too early to get involved or to make a difference. The truth is, there are not yet enough youth who care or want to get involved. That alone is motivation for me. I hope that younger people that do get involved and pursue public office also will motivate their peers to get involved, even just by casting a vote. Having young people at the decision-making table will empower more youth to feel that they do have a say in what goes on, whether it be at the local, state, or even federal level.

AD: I’ve been blessed to grow up in a town that is known for its safety, great services and small-town vibe. I admire the incredible work of the current governing body and wanted to get involved to ensure that, as my fellow council members conclude their service, I am there to carry it into the future.

AD: It is no secret that New Jersey is an expensive place to live — unless we can find ways to make living here more affordable, millennials will continue to move away.

AD: In my own community, there has been tension between both sides. I am proud to be on the ballot in November on a ticket that we call ‘Always Westwood.’ To me, it is less about what party I align myself with and so much more about my community. I think if more elected officials had this outlook, we would find it much easier to find solutions to problems, as opposed to arguing. I am hopeful that, as more young people step up to serve, politics will become less about what party you belong to and more about finding common ground and sparking change that affects our future.

AD: Local government decisions have a direct influence on our day-to-day lives, and our voices resonate much louder at this level. For example, the most integral aspects of our communities — schools and public safety — are governed locally. Since I have become councilwoman in my town, I have found it incredibly discouraging to hear people say they have no idea who is even on our council or what we do. Change often begins at the local level and works its way up. Considering the state of New Jersey’s economy and the mandates that continuously come out of Trenton, it is up to local governments to institute these changes or to fight back where they feel they can.

AD: This is part of the problem, I think — elected officials tend to be so focused on their next step that they lose focus on the job they were elected to do. The more effective I am in my current role, the better chance I have at getting an opportunity to serve again or in a higher office. It is definitely good to dream big, but never good to lose sight of the task at hand.

Show & Tell: Why the governor is pushing to legalize recreational...