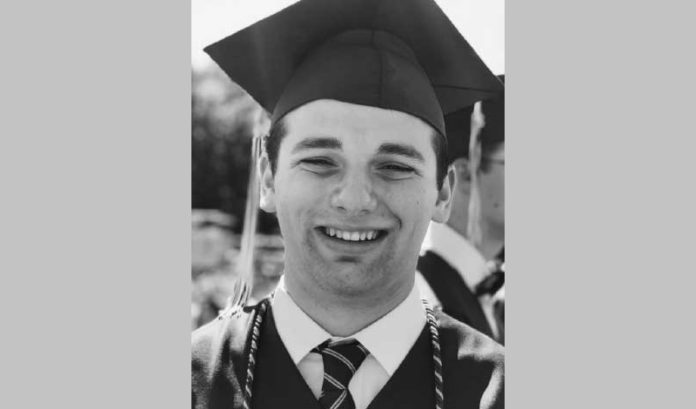 Aylon Berger: I got my start in politics in 2014, when a family friend running for Congress took a chance and brought me on his campaign. I accompanied him to meetings in diners, train stations and living rooms with voters who allowed me to see firsthand how much of an impact public policy has on their everyday lives.

ROI: What were you most surprised by in the political arena?

AB: Political staff members often work seven days a week for very little pay, yet continue to remain idealistic and optimistic about the state of our country.

AB: In my experience, youth has been an advantage. If you are young, hardworking and do your homework, you will get on people’s radar.

AB: Having traveled around New Jersey and spoken with people of all political affiliations, virtually all of us agree on the need for major infrastructure reform. Compared with other states and countries, New Jersey’s infrastructure is an embarrassment. We need to be making investments in order to increase our state’s economic development and quality of life.

ROI: What advice would you give to young people?

AB: New Jersey is an amazing state to get your start: There is a significant election nearly every year and plenty of work to do. If you approach your work with the attitude that nothing is beneath you, people will take note. … And, to young voters, vote. The millennial and Generation Z demographics have surpassed baby boomers as the largest voting bloc, and they say decisions are made by those who show up. The reason politicians spend so much time focusing on issues that don’t particularly concern us is because we as a group have not showed up the way we need to. Once we start voting, our national discourse will reflect the issues that pertain to our generation.

AB: With artificial intelligence and automation, the future of work in my lifetime will dramatically change. Neither party has done a good job of articulating a substantial public policy response to this very real crisis. Long term, this will be an issue that becomes more and more pressing, and my age group will be expecting answers from our leaders .

AB: I spent last summer interning for Congressman Josh Gottheimer, in which I had the opportunity to see the work he does leading the bipartisan Problem Solvers Caucus. It made me appreciate the need to reach across the aisle in order to achieve substantive and lasting results. … During my time as the national chair of High School Democrats of America, I made sure to reach out to my teenage Republican counterparts. While there was very little we agreed on politically, we were able to exchange ideas, challenge each other and form genuine friendships.

AB: They say all politics is local, but, in New Jersey, nothing truly is. Given our proximity to New York and Philadelphia, and the fact that our state punches far above its weight in regard to the nation’s gross domestic product, seemingly local policies may have nationwide implications.

ROI: How do you balance your political responsibilities with that of your current employment?

AB: I have balanced my political career with my high school career over the past four years; my parents have not been thrilled to hear that I watched ‘Morning Joe’ in pre-calculus or prepared daily press clippings in physics class.

On Election Day, Princeton renames building in honor of woman who...