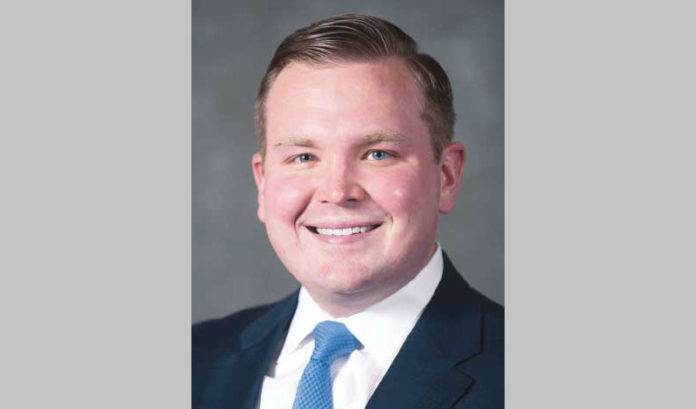 Bill Moen: My father is a disabled Vietnam Marine Corps veteran and my two grandfathers served in World War II — their patriotism instilled in me my own at an early age, as well as respect for those who serve. By the time I got to college, I wanted to be a state trooper, but, after an internship with my local police department, discovered I was more interested in policy rather than police work. I therefore interned with local elected officials, such as former U.S. Rep. Rob Andrews and then-Freeholder Director Steve Sweeney before working on campaigns and at the State House upon graduating college.

BM: I was surprised at how often my age came up. For many people, that was their first question for me after they heard me speak on the campaign trail. I’d be talking about policy ideas and moving the county in the right direction and all they wanted to know was, ‘How old are you?’ … I even had a senior citizen woman ask me if I was single, so that she could introduce me to her granddaughter. Older elected officials probably don’t field those types of questions, but as a young person running for office, you often deal with those questions first.

BM: I have the ability and platform to speak on behalf of the millennial generation. When it comes to issues such as student loan debt, I can speak from the perspective of someone who is paying that back every month, who will be paying it for probably 15 years more, and who has been impacted in his ability to purchase a home because of it. With that life experience and credibility, young politicians may have the ability to propose legislation or new ideas that could be used to fix such problems.

BM: Get involved locally with the Democrat or Republican clubs in your town. I started doing that when I was 19 years old and was easily the youngest person at my local Democrats club by at least 20 years. For many people, that may be scary or may make them feel uncomfortable, but keep going. I ultimately began to gain respect and appreciation for my commitment. … Also, take as many internships as possible while you are in college. They will not only allow you to build your network and establish relationships with people doing the work day in and day out before you graduate, but also they will help you realize what you like doing and what you don’t, as opposed to taking a job you are not sure about and then hating it.

BM: I grew up hearing about the heyday of Camden from the 1930s to the 1950s. I always had this idea that I would come back to do my part to help out, that I would contribute to the revitalization of the city of Camden. … Now, as a freeholder, I am in a prime position to do so. I also once had the opportunity to coach Little League in arguably one of the more dangerous neighborhoods in Camden, and, until that experience, had no idea the opportunity to help in this area existed until I asked.

BM: The issues tied to student loan debt will greatly affect our generation’s financial stability down the line. If you are paying $700 a month in student loan debt, you cannot necessarily purchase a house, or maybe even a car. Many other generations maybe took this for granted because they did not have to deal with such high educational bills.

BM: I think that our current divide rivals any other time in American history, and the path that we are on, if it were to continue, is not one that the United States can sustain in running our nation. Young people have seen this; they have lived this; and the decisions made by the (President Donald) Trump administration will impact our generation for the long term. I also think that same thing probably has been said by local Republican officials about the (President Barack) Obama administration. That understanding alone should create a foundation for younger Americans and elected officials to be more willing to work together.

BM: One of the first things I did as freeholder in January 2016 was send a letter and my cell phone number to every single local elected official. I think if we try to bridge the gap by offering help to all of our officials, to make sure they know the resources that can improve their communities, we can further open lines of bipartisan communication. We all know that elections happen, and officials will come and go from both parties. It is important more so now than ever, based on what we have seen happen in Washington, D.C., to make sure that we establish relationships and a willingness to work together in our communities, despite party affiliations.