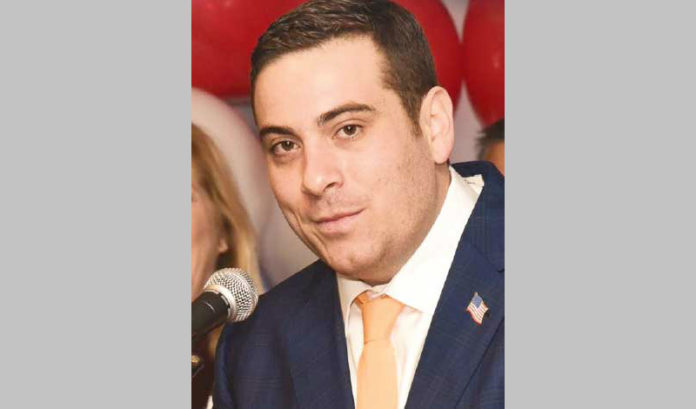 GG: My undergraduate and law school are both liberal institutions. When (President Donald) Trump was elected in 2016, my law school went into shock due to the misbelief that the current administration does not care about minorities. Many of my contemporaries at New York Law School look at my laptop, see my Trump sticker and automatically assume the worst. But, because of this, I have made it a point to reach out to them and show them that we really do want to work towards a better living environment. I’ve been able to foster many relationships with Democrats through the years and I believe that is because we have a common goal of helping the public.

GG: Do your own homework and not fall victim to ‘groupthink.’ When coming into politics, you really have two options: Republican or Democrat. In New Jersey, there are many who enter politics at a young age who assume they are ‘fiscally conservative’ Democrats — but you really need to carefully study the issues and make your own decisions.

GG: New Jersey is becoming less affordable — and it is potentially changing politics in New Jersey, as the (Gov. Phil) Murphy administration continually looks for new ways to raise taxes.

GG: The lack of youth in the Republican party, and, even more so, the fact that existing youth were told to ‘wait their turn,’ ‘pay their dues’ and worse. … Luckily, Doug Steinhardt, chairman of the New Jersey Republican State Committee, and Jose Arango, chairman of the Hudson County Republican Organization and the Republican County Chairman’s Association of New Jersey, took us young Republicans under their wings and have made a conscious effort to reach out to the younger generation.

GG: The chairman that served the Bergen County Republican Organization from 2008 until 2016 did not include the younger generation, and many young Republicans felt slighted. … However, BCRO Chairman Matthew Gilson led the fight against the former administration to have our generation’s opinions voiced. Because of these efforts, I was able to spend the last two years as executive director of the BCRO.

GG: I am a firm believer that a well-run local campaign helps the top of the ticket, which runs contrary to the belief that we need to focus on the top of the ticket before the bottom. In order to win a local campaign, you need to have candidates that are willing to work. This means going door-to-door and meeting constituents one-on-one. People want to know their elected leaders personally — and this builds the public’s confidence in the candidate’s leadership abilities. Reaching out to voters with a clear message and vision is what wins elections.

ROI: How do you balance your political responsibilities with that of school and your current employment?

GG: Balancing work, school and politics comes with long days and nights. I try to stick to a schedule which maximizes my efficiency. This means arranging my days to have time to read for school, make calls for politics and do research on current issues in local communities.

GG: I do not have aspirations to hold elected office. Personally, I see an important role in helping others get elected and developing a message to win. Politics is a team sport — there are many moving parts in a campaign and each person on the team has an important role. Whether it is organizing phone banks, managing calendars or raising money, the team needs workers. I consider an elected official to be the public’s leader, and those who enjoy helping in the background as confidants towards success.