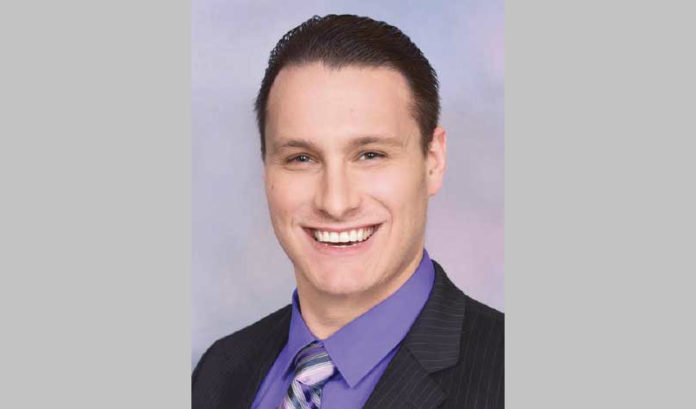 Jason Cilento: My grandfather had been involved with the Democratic Committee in Dunellen for many years, and I often felt there were things that needed to happen, especially in our downtown. Now, I love Dunellen — my mom grew up there, my parents met there, my family and I all live there — but I always was thinking how to better engage the community and make it an even nicer place to live. That is when my grandfather told me that if I wanted anything to change, I would have to get involved. … So, I first ran for council in 2009 as a write-in candidate at the age of 19. For two weeks, I went door-to-door, and actually garnered about 10 percent of the popular vote. That made me realize that, if I were to put my name on the ballot in the next election, I might actually be able to win if I put in the work. So, I started a small group called Community Involved to go downtown every now and then and sweep up garbage. This allowed me to get to know the business owners and more people in the community. … Then, in 2010, I began another grassroots campaign, this time on the ballot, fundraising, hosting meet-and-greets, again going door-to-door, and I won the council seat running as an independent. I am now in my third term.

ROI: What were you most surprised by in the political arena?

JC: I was admittedly surprised at how slow the governing process can be. I was 19 years old when I first ran, 20 when I ran on the ballot and 21 when I was first sworn in. And, back then, I thought I might turn things around overnight. But I have come to learn that the process can be slow because of all the statutes and rules that you must follow, and that coalition building takes time, to get people to support your cause. Therefore, change must happen incrementally.

JC: I certainly have had to earn my respect, but my age did in fact give me a leg up during my campaign, as I used social media and technology to campaign as well as going door-to-door. I now remain on social media to directly link with my constituents, sharing council agendas and letting people know when our meetings are occurring to encourage more public engagement. … Also, as a college student, I had a lot of college-aged friends who voted via an absentee ballot. Those absentee ballot votes poured in for me, and, also, I won the vote against an incumbent by a landslide, so, that means there were many people who did support a young man with ambition.

JC: I ran my campaign based on improvements to the central business district, increased engagement of the community, increased transparency and promoting arts and culture as a means of economic development in our community. … There wasn’t a great connection between the older generation involved and the new group of people coming into town, so I suggested that the town create a newsletter, which ultimately has since transpired, called The Dunellen Report. We are currently working to create a social media presence for the borough, as well as updating our website. Also, I’ve worked to get more diverse groups of individuals involved on committees and commissions … So, hopefully, I have made my grandfather, who has since passed, proud.

JC: Aside from issues such as the economy, student debt and seemingly unattainable mortgages, our generation in particular looks at the recreational and medicinal use of marijuana as an issue related to social justice. People’s lives, and those of minorities, in particular, have been greatly affected. If you are in jail for the nonviolent crime of using or possessing marijuana, you should not be. I mean, the financial industry, for example, is having issues on how to report and monitor these types of accounts because the federal government still lists marijuana as an illegal substance when some states have legalized it. Multiple industries and the economy could benefit from its legalization and market. So, I believe it should be taken off the controlled substances list entirely. There are smart growth ways for municipalities to handle where it can be purchased and consumed — it’s simply a matter of zoning. We regulate cigarettes and alcohol, and we can regulate marijuana in a similar manner. I often put it like this to fellow Republicans: I believe that the government should be as least intrusive as possible. So, if someone decides to smoke marijuana, why is it that some politician miles away can make the decision of what a person chooses to consume and put into their body? That relates to other social issues as well — it all goes back to individual rights, and I think our generation has an opportunity to turn that tide.

JC: Although I initially ran as an independent, I ran my third term as a Republican. My ideology always has leaned center-right, and I figured that, if I were to continue in politics, I believed it only made sense for me to declare a party. … However, I do believe that there is growing potential for an independent candidate — I don’t know if that will happen in the next election cycle, but I do think we are and will continue to see more unaffiliated candidates. Most people I speak with are more socially liberal, but when they consider finances, lean more fiscally conservative. I firmly believe that one should govern from the center, to best represent a whole mass of people with different perspectives, ideologies, cultures and more.

JC: I would very much like to stay in local politics, and would have ambitions for a higher office, whether that be local, state or federal. Ultimately, I do see myself holding an executive role.