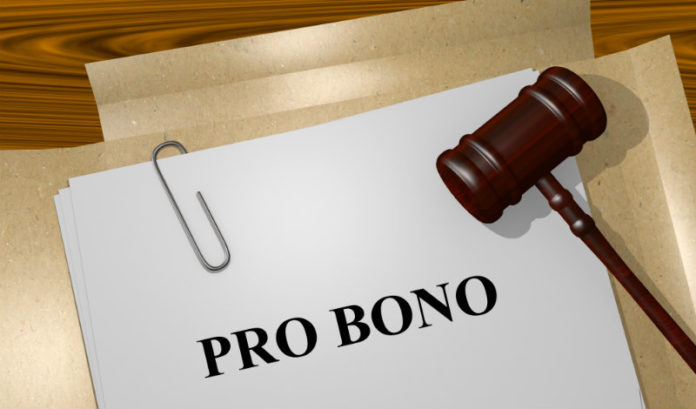 Law firm McCarter & English has found a new way to reinforce its commitment to its hometown of Newark.

The firm has established a pro bono fellowship aimed at helping city residents cope with legal issues, it announced Tuesday. The full-time, one-year renewable fellowship would see an attorney come on board in the fall, initially working on behalf of tenants facing eviction.

Applications for the position are due Aug. 31.

The managing partner of the firm’s Newark office, Robert Mintz, said McCarter & English has been in Newark for more than 100 years, and always had a commitment to the city — it just hadn’t found the right opportunity to step up its involvement.

Now, that opportunity is available.

It began with a conversation with the mayor’s office. The idea of a pro bono position to serve the residents of Newark was born.

The reason the first focus of the new fellowship is landlords and tenants is because that area is sorely underserved, Mintz said.

“A very high percentage of people go into landlord-tenant court without an attorney,” he said. “Keeping families in homes has a major impact for parents and the lives of children who have to move out, and it’s extremely disruptive.”

The firm believes this is the first pro bono work of its kind that is focused on a region, rather than an issue.

“We think that this is one of the very few pro bono positions of any law firm in the country where a law firm has devoted a full-time attorney solely to helping residents in the city in which it is located. There are lots of pro bono practices, but they tend to be issue-oriented,” Mintz said.

The work won’t come without its reward for the law firm, which seeks to help shape public policy based on its efforts in Newark.

“We’re going to be looking for someone who has a commitment to the city of Newark,” Mintz said. “A person looking for not only handling the nuts and bolts, but (who) also will have the opportunity to be a thought leader and to … speak on panels in not only Newark, but throughout the state and affect public policy in a way that benefits tenants. There is an opportunity to have a very broad platform.”

The firm’s director of pro bono, Michelle Movahed, said pro bono is part of the firm’s DNA, and Newark is a logical place to begin the new angle — one that the firm hopes will grow into the other eight locations in the state where it has offices.

“There are huge numbers of community groups and lots of groups documenting the staggering needs of housing court in the city,” she said. “That has been a driving force.”

And, with Newark on the rise, it’s become even more important for the city’s residents to find stability.