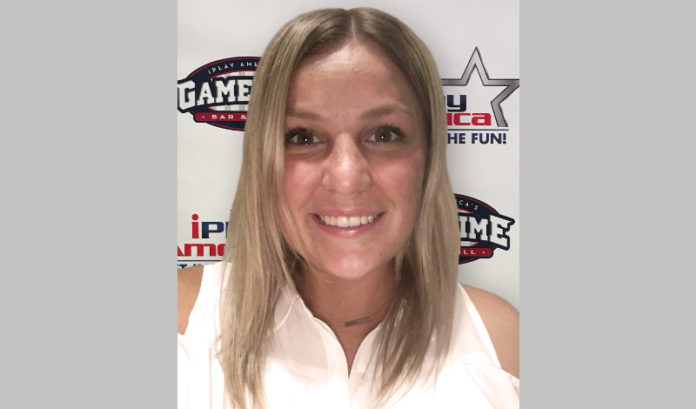 The iPlay America entertainment and events center in Freehold has promoted one of its executives to senior vice president, it announced this week.

Samantha Unglert, who had been general manager since 2017, will now serve in the new leadership role, iPlay said in a news release. Unglert, who joined iPlay in 2015 as retail sales manager, was promoted to director of operations in January 2017, then to general manager later that year.

“I love working for iPlay America; it’s rewarding to be able to work for an organization that is so multifaceted and still has such an amazing sense of teamwork,” she said in a prepared statement. “In our organization, there is no shortage of growth opportunities and hard work is always recognized. It really doesn’t get much better than that! I look forward to continuing to lead the best team in New Jersey.”

In 2017, Unglert, who is a graduate of Berkeley College, created the iPlay University program, which is a leadership workshop for team members of all levels.

“IPlay America values having a strong team of employees who are motivated and driven to providing guests with the best possible experiences,” founder and CEO Bob McDaid said in a statement. “Samantha Unglert is a shining example of someone who encompasses all of the qualities that iPlay America looks for in a leader.”