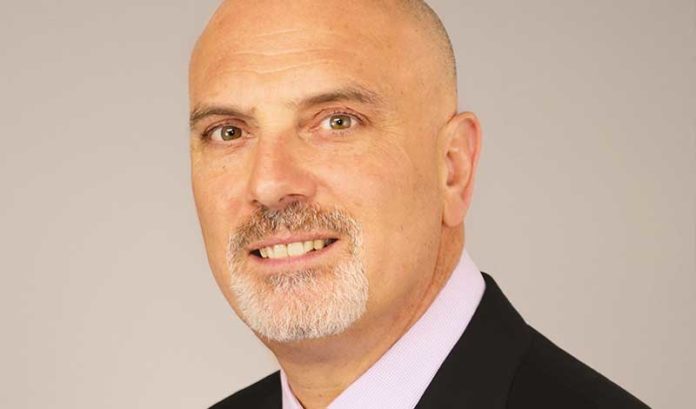 As local policymakers continue to plant seeds for recreational and expanded medical cannabis in the Garden State, one New Jersey company is bringing in the green already.

Summit-based ETF Managers Group recently blazed a path to the seventh-fastest-growing exchange-traded fund, or ETF, with the country’s first ETF dedicated to stocks in cannabis-related companies. Just a month after its Dec. 26 launch, the assets under management in the investment fund grew from $5.7 million to $417 million.

Sam Masucci, CEO of the modest investment management company, indicated that this was nearly unprecedented; Wall Street financial behemoths are behind most of the country’s largest and fastest-growing ETFs.

“It’s a very rare few ETFs that have been able to gather that kind of asset level in that short a timeframe,” he said. “It tells me we’re doing the right thing and that we should do more to educate the market on this space.”

Masucci attributes the fund’s success to a demand in the world of investing that grew alongside a newfound governmental and public acceptance of marijuana — and not just in New Jersey.

“Cannabis is something that there has been a lot of global political noise around lately,” he said. “We knew there was this massively pent-up demand for an opportunity to invest in an instrument that will benefit from global growth.”

It’s not the first time the Summit firm presented an opportunity once overlooked. It pioneered the world’s first cybersecurity ETF, which linked investors to stock in companies that fend off hacking attacks. It also came up with the first of these investment vehicles for the electronic payment market, as well as the video game industry and drone technologies.

The fund managers have a dozen themed bundles of stocks the company offers through ETFs, investment vehicles that are similar to mutual funds. ETFs do have a few differences, one being that they can be traded more freely throughout the day than mutual funds, which have to be traded when the market closes.

Masucci said his company for four years was looking into introducing an ETF for what’s anticipated to be a sizable global market. It didn’t come to pass until the investment firm made a connection with the Canadian cannabis experts at Budding Equity Asset Management Inc.

Budding Equity has sky-high expectations for legalized marijuana. Even its website header draws a lofty parallel between cannabis and the investment opportunities presented by the internet’s rise during the turn of the century.

“There’s no doubt that the space is grabbing a ton of attention right now,” said Jason Wilson, the firm’s president. “Today, the push for legalization — both for medical and recreational uses — is larger than ever. So, you’re seeing increased access across the board, and more investment interest at the same time.”

More than half of the stock in the MJ portfolio consists of Canadian businesses. That’s the market that all eyes are on, because the country is preparing to legalize recreational use of pot in mid-October. It’s the second country to do so, following Uruguay.

Stocks in companies that produce fertilizers, growing equipment and other aspects of cannabis cultivation have soared as a result of that development. Canadian companies that could produce edibles and even beverages in the cannabis space are a hot commodity, too.

“But an even bigger story, in my opinion, is the recent advances on the medical side,” Wilson said. “Cannabis is a strange animal. If you go back 80 or so years, or even farther back, it was used for medicinal purposes in North America and places all over. At some point of time, it fell out of favor. But studies have been showing it does have potential for tremendous medical efficacy.”

Medical marijuana has been legal in Canada for almost two decades; it already represents many billions in sales there annually. Cannabis-based medicines are legal in several European Union countries, and Canadian companies have made medical marijuana a huge export to countries such as Italy.

After one of the most active years to date for marijuana legalization, 30 U.S. states have now legalized cannabis for medical use. Many states — New Jersey being one — are lining up efforts to make it legal for recreational use, as well.

The companies in the fund are primarily companies that serve the medical market, such as the United Kingdom-based GW Pharmaceuticals, which has a drug derived from cannabis that’s used for treating epileptic seizures.

Over time, more companies oriented to the market for recreational use could make it into the mix. But Masucci said that wouldn’t be possible for companies based in the U.S. in the absence of more federal guidance.

“As we get clarity from administration in the U.S. — whether that’s the federal government legalizing it or saying it’s solely in the realm of states to manage and enforce — we can start to open the door for more investments here,” he said.

Masucci’s belief is that the trend is toward regulatory uniformity in this increasingly global industry.

He’s far from alone in that; it’s exactly what is inspiring investment interest in his firm’s first-of-its-kind cannabis fund.

“We’re just glad to be able to provide people an opportunity to participate in this,” Masucci said. “So many people have been very supportive of this endeavor to provide to market access to a developing market. I haven’t seen much in the way of questioning the need for this at all.”