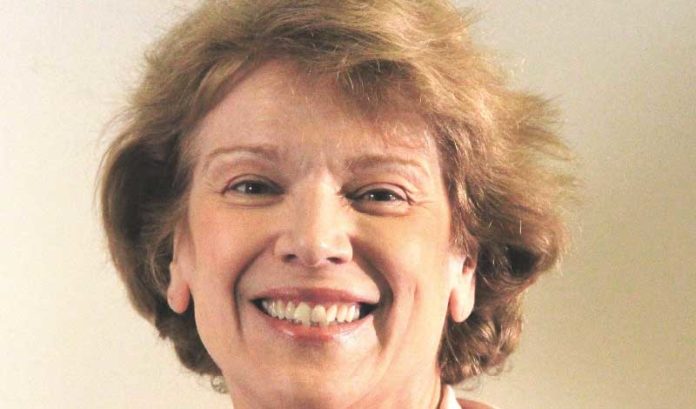 The Business Action Center may have been shaped into its current mold by the previous administration, but it has been in Trenton in some form or another for years.

Melanie Willoughby, the new executive director, is also no stranger in the state capital.

She has held positions both in government and lobbying government — from the Retail Merchants Association to the New Jersey Business & Industry Association — and sees her new position as an opportunity to affect the outmigration of businesses from the state.

During the time when her predecessor, Lauren Moore, lead the department, along with Lt. Gov. Kim Guadagno, the department had a reputation for racking up miles traveling to ribbon-cuttings and groundbreakings around the state. Willoughby sees the role differently.

She recently sat down with ROI-NJ to discuss her goals and priorities.

ROI-NJ: One thing that is often asked is why the state has so many “business arms” — and there was chatter about the BAC being shuttered because of its prominence during Gov. Chris Christie’s administration. How does it differ from the Economic Development Authority and Choose New Jersey?

Melanie Willoughby: The governor has decided that it is absolutely best to keep the BAC, because it’s the one group that has been continuous throughout. Choose New Jersey was formed in the Christie administration. The EDA has been around a long time and it has always been the bank, basically, but it’s the BAC that was always on the ground. Think of us as the boots on the ground who essentially are one-by-one helping businesses small and large with dealing with the problems that come up. The BAC is where those companies, once they’re attracted and financed, and they need to get the permits and they need to find workers and they need to do all those things. And, so, we’re sort of the nuts and bolts.

ROI: Sort of a liaison between the community and the government. What sorts of issues crop up?

MW: I had a manufacturer call about the fact that he had not received his fire hazard invoices for nine years, and then got one bill, which was expected to be paid immediately. He called me. Of course, this is the DCA (Division of Consumer Affairs) issue. So, I called DCA to try to work that out for him.

Now, we are working that out, but it’s that kind of thing that a company doesn’t know what to do. You’re sort of the conduit for resolving administrative snafus. And there are lots of permits that are required in New Jersey. We are higher in permitting requirements than most other states. We have to help people with permits, and sometimes permits fall off desks, so we find out — we’re not going to make things happen, but we’re going to find out where they are in the process so that we can let the company, ‘You need to understand this is going to take this much time,’ because nobody really explains that to them. And then that helps them in understanding what they’re up against.

ROI: Gov. Phil Murphy has been very committed to the idea of an innovation economy. How do we do that with companies leaving the state or threatening to all the time?

MW: We are losing companies to different states all the time. We’re also attracting them and growing them at home. But the numbers need to balance out. So as much effort as is being put into attracting from the outside and attracting big-name companies has been the two things that we’ve always been focused on or hear about the most — there’s something to be said about changing how we do the not-so-sexy stuff and not-so-sexy names. Bringing it all in.

ROI: How do you go about doing that? And how do you keep companies here?

MW: Businesses are proud that they’re here, and no one’s recognizing that — and they just want that recognition. Our business advocates used to be called business account executives, when (BAC) was in the Department of Commerce. They would go out and visit companies and ask how the business is doing and is there anything we can help with. And we’re going back to that model. We can’t ignore the companies that are here. We need to say, ‘You don’t qualify for any of the incentives, and you’re not in municipalities willing to do a pilot, and you’re not in an Urban Enterprise Zone and you’ve been toiling away here in New Jersey. We thank you for that.’

ROI: That has a cost associated with it if you’re trying to ramp up that army, plus there was a hiring freeze and the governor ordered departments to stay flat for this year. How do you grow that department?

MW: We had a number of account executives who are retired, and we have the ability to replace them once the freeze is lifted because we have that money in the budget. Until we have a promotion budget, we need to do person-to-person business-to-business, which is a good way of doing it, because then you can help that business individually. And then that good news spreads. We also have a call center and the call center is there to help anyone. Mostly small businesses call us at the call center, and we get about 30,000 calls a year.

ROI: What about the cost of doing business in New Jersey? We just had a huge budget battle over that and it was debated if more taxes will have an effect.

MW: I think that businesses that I have always worked with recognize New Jersey is not a low-cost state in which to do business. And they’re still here because of the fact that they’ve recognized that the location of the state is great for their business. There’s all types of reasons the companies are here, regardless of the taxes. Businesses are always going to have concerns about costs, but they already take that into account when they’ve decided on New Jersey. It could very well be that a new tax could be a tipping point for a business, but that’s going to depend on their balance sheet, on how they’re doing as a business. I want to be able to help businesses improve their balance sheet by giving them services from the Business Action Center.

ROI: When we look at other states, we often see a defined network or prominent business or entity. How can New Jersey compete with that?

MW: We have the FAA, we have Rutgers, which is the top chemistry department, engineering department. We have Princeton. And, yet, we are not our own best promoter of everything. And I think that’s where a lot has to change, about promoting what New Jersey to offer, which other states have captured. We have to coalesce around a message about New Jersey or being the innovation state, which we were, I mean, for God’s sakes, radar was invented at Fort Monmouth, and Thomas Edison was from New Jersey and manufacturing started in Paterson. We have a phenomenal history and things to be proud of. And yet we are our own worst enemy in the fact that we don’t promote that.

ROI: Going forward, what should we watch the BAC for?

MW: I’m meeting with as many chambers (of commerce) and business organizations as possible to spread the word of the Business Action Center being here to serve their members and to get that word out — a less-expensive way than if we were doing an advertising campaign. And, then, of course, being of service to the governor and the EDA and Choose as they work to develop the innovation economy.

Recreational cannabis sales jump to more than $100M in Q3