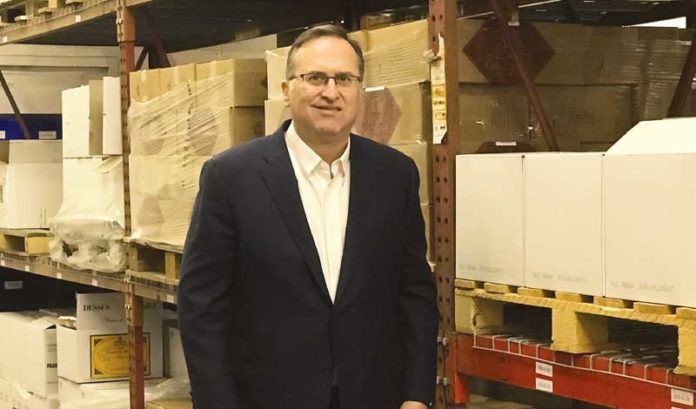 Glenn Langberg was not an expert in the importation and distribution of fine wines and spirits.

But he said he intended to become one — and quickly — to make what was a very complicated business simpler for his new clients.

“I work with a team of experienced professionals who are very good at keeping complex issues simple,” Langberg, founder and CEO of GRL Capital Advisors, a leading corporate consultant and advisory service in Livingston, said.

“We are able to distill it all down into straightforward action plans that we can implement rather quickly, sometimes achieving desired results within a couple of months.”

Langberg, widely recognized in the state for his unique ability to optimize the operational and financial performances of both public and private corporations, acquired what is now Seaman’s Beverage and Logistics in Belleville in 2013.

Not only is the company now on track to earn $10 million in revenue, but it also is one of the fastest-growing private companies in the country after growing more than 1,400 percent since Langberg became CEO.

Although his versatility in business — and his ability to teach others how to adapt — may simply be a function of his life story.

Langberg grew up in a small town in upstate New York before moving to New York City with his aunt and uncle after both of his parents died when he was young.

“I was fortunate, though, that they, too, were both phenomenal surrogate parents,” he said.

After graduating from Brandeis University in 1982 with a Bachelor of Arts in political science, Langberg pursued a career in finance, ascending to senior vice president of fixed income arbitrage at Deutsche Bank in 1986.

However, in 1989, Langberg’s interests changed.

“I began working on restructuring and commercial real estate deals,” he said. “And I learned I was pretty good at it.

“As I completed more and more transactions, I built a reputation for myself in which my clients were satisfied with the outcomes.”

For example, Langberg’s real estate deal with Strauss Discount Auto subsequently led to him purchasing the defaulting debt and acquiring the company in 2000 in a bankruptcy proceeding.

It was not until 2010, however, that Langberg would assemble a team and formally found GRL Capital Advisors, which since has completed operating and restructuring assignments with companies such as Scott Kay Jewelers, Dots, Frederick’s of Hollywood, Kid Brands and many more.

“We’re now very good at looking at systems and making decisions based on return on investment,” he said. “We help our clients understand where they should and should not spend their money, as well as what they can ergonomically fix with better procedures.”

Langberg himself has secured more than $1.5 billion in advantageously structured financing and attained more than $1 billion in collective operating concessions and performance enhancements.

“I often have been in the position of being a business owner, operator and stakeholder, so our approach is not theoretical,” he said. “We probably get more into the weeds than others.”

His team of 30 works with between six to 10 clients annually, he said, on time-sensitive restructuring assignments; multiple and simultaneous vendor, insurance and employment issues; the development and implementation of long-term strategic plans and operating solutions; sales and marketing plans; the development of key performance indicators; leadership and organizational management and training; and much more.

The team also is involved with Langberg’s business and real estate development, investment and management.

“It may sound easy, but the devil is in the details when it comes to discovering and understanding all of the issues and how to best address them,” Langberg said. “We also can sit in and take over positions within companies if they lose a key person, such as a chief financial officer, a chief information officer, a chief operating officer, etc., and carry that role forward.”

It was Langberg’s versatile industry experience that led him to grow what is now Seaman’s Beverage and Logistics into a top contender for this year’s Inc. 5000 list of the fastest-growing private companies.

“I had done some work in the liquor industry, and, several years later, came across an unsuccessful distributor who was looking to sell,” he said. “We bought out their license, took over the warehouse lease and proceeded to repopulate and create a new company.”

The company, which now employs 10, offers more than 400 stock keeping units and warehousing, logistics, private label programs and operational services to its third-party importers, producers and distributors, including retailers, restaurants and bars.

“This is a very difficult economic environment in which to run any business, so we wanted to develop a cost-effective and easier way for customers to come to market,” Langberg said. “So, we do everything for them so all they need to worry about is sales.

“If they want a product moved from a country into the U.S., we do it; if they want us to store or ship it, we do it; we handle all regulatory compliance, back-office functions, deal with taxes at each location and more.”

Langberg said it was the initial installment of a cloud-based business program that greatly helped to improve company efficiency.

“We are now able to bring in products from all over the world and have a full portfolio of spirits and wines from places such as Italy, France, Spain, Chile and more,” he added. “I think there are still a few countries in the world that we would like to import products from, as well as grow in New Jersey.”

In fact, Langberg said, he currently is looking to move Seaman’s Beverage and Logistics into a larger building as he continually adds services to help clients more quickly and efficiently penetrate markets.

“We receive too many inquiries each week from potential clients,” he said. “But, regardless of whether they want to sell 1,000 cases or 10,000 cases, we want to be there to help them grow their business.”

Glenn Langberg, founder and CEO of GRL Capital Advisors, said that, while his corporate consultant and advisory service in Livingston may cut its teeth on its number of restructuring transactions, it also works with healthy, growing companies, such as family- or investor-owned businesses, banks, private equity firms and hedge funds.

Here is what he suggests companies focus on in today’s economy for continued success:

Shadae McDaniel: All Stars Project helps Newark’s youth through everything from...