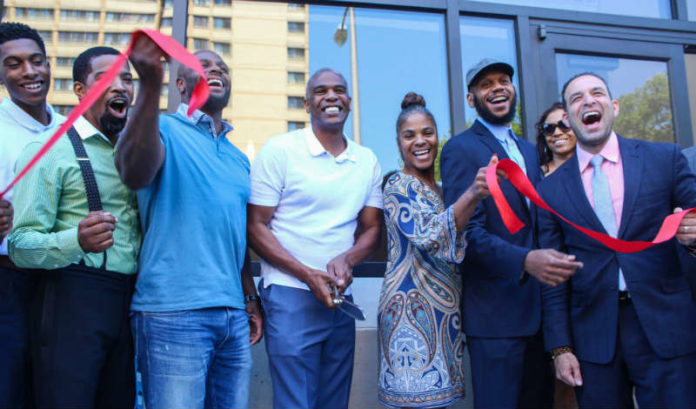 The $7 million development project was funded in part by a $3.6 million loan from Savoy Bank, $600,000 from Motor Vehicle Tax funding, $300,000 from Newark’s Economic and Housing Development funding and the balance being made up by additional redevelopment grants and the developer’s equity.

Both the developer and the contractor are MBEs, Minority and Black-owned Enterprises.

“This is another exciting moment in our efforts to build a stronger and more prosperous Newark,” Baraka said in a statement. “It brings more and more economic power to our city, enhances our luster as a destination to live, work and play, and inspires other developers to join in the transformation of Newark.

“Equally importantly, Mid-Atlantic and Homeworks Construction and Maintenance, the developer and contractor, are minority-owned businesses, and they are manifesting the business leadership we want to see in our city, state and nation. The projects they create are more than steel and concrete — they are inspirations to future generations of minority youth, who will stand on their moral foundations to reach greater heights.”

Adams said he was glad he was able to work in Newark.

“I am from Paterson, but I am welcomed with open arms in the Newark community,” he said. “Mid-Atlantic will continue to play a significant role, as there is so much work to do as we strive to build up our communities.”

“I’ve completed quite a few high-end transactions in Sag Harbor, as well as Fort Greene located in Downtown Brooklyn, but being an instrumental part of bringing this project to fruition ranks up there with my most rewarding experiences.”