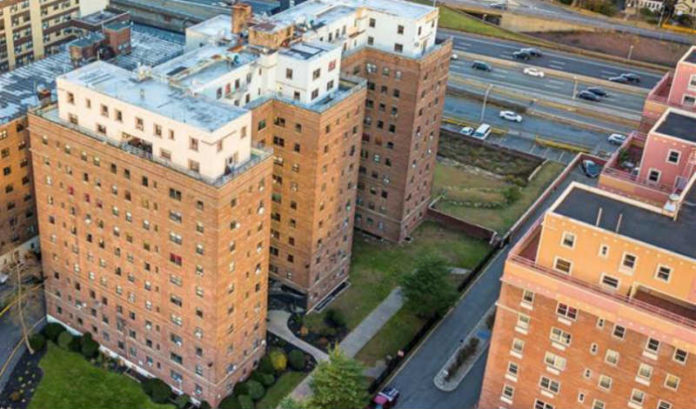 Deb Tantleff laughed at the question.

“It was more than just a few nights and weekends, I can tell you that,” she said. “But it was worth it.”

Tantleff was talking about a white paper that was 18 months in the making that she and three colleagues produced for the Center for Real Estate at the Rutgers Business School.

It was the first paper the school has produced — and it addressed one of the biggest real estate issues in the state: School-age children in multifamily products.

Tantleff feels the paper, which outlined six key takeaways, is something that will impact real estate professionals, municipal leaders and economic development heads for years to come.

“This will help counter any preconceived or misconceived assumptions when it comes to multifamily housing,” she said. “This is actual survey data based on what’s been built and how our buildings are operating throughout the region. This will break down barriers.

“This was the right time in the housing cycle to do this, because we had a huge inflow of inventory built in the last decade. For years, we’ve all been in front of planning boards and we’ve all been looking at redevelopment plans, projecting what we think is going to happen. Now, the buildings are built and they’re operating, and we can see.

“One of the things I was most excited about in the survey is that you have the breakdown not only between product types, but the breakdown of between units built pre-2000 and post-2000. So, this allows the academic, municipal professional, whose job it is to guide politicians with forward-thinking ideas, to give them tangible data to guide those decisions.”

The report was produced by Tantleff, founder and president of Tantum Real Estate; Ron Ladell, senior vice president of AvalonBay Communities; Morris Davis, the academic director at the center; and professor David Frame, the director of curriculum.

It came up with six key findings:

Tantleff thinks these findings will lay the groundwork for the future of real estate.

“I think it’s going to facilitate a much more a realistic and enlightened conversation between the municipality and the developer,” she said. “We’ve gone through a major housing cycle and now we’ve gone and have actually surveyed what’s been built.

“This is not necessarily quantitative projections, this is information that was obtained through living, breathing, operating assets. This is actual real-time information from a sample of product that is representative throughout each county and throughout the state.”

But it’s not just real estate developers and municipalities who will benefit, Tantleff said. She feels it can be of benefit to those trying to solve the state’s outmigration problem, too.

“It answers the question: What are some of the projects and planning initiatives that we can take on to ensure that we can build housing to retain people and attract people, either those that are living here, or for new businesses coming in, ensuring that their employees have places to live,” she said.

“This now provides a current way of thinking in terms of understanding who’s really living in these buildings and how do I need to plan for this. We can have the conversation about how much parking do I need to develop in certain places. We can have the conversation about how to plan for automated cars and all that stuff. But, at the end of the day, this shows that there’s an inherent growing force of people looking to live in these midrise mixed-use types of communities we’re creating.”

Tantleff said it will help those following her in the profession, too. Future employees that she hopes are current students in the Rutgers’ program.

“From a Rutgers Center for Real Estate perspective, we’re training the next generation of real estate professional,” she said. “We’re exposing them to our board members and our professors and our industry colleagues as people who are on the ground doing this.

“And now we have this research element of understanding market trends and social demographic shifts we now have in the industry. Professionals who just went through this housing cycle can be training people for the next housing cycle, helping them articulate the way to strategize and plan and work with municipalities to plan for these types of things.”

Ladell, long an industry leader in multifamily housing, said the report is useful today, too.

For instance, units with more density (housing) and less open space will have fewer school-aged children.

The verification of that is huge, he said.

“People self-select, and I don’t think enough people realize that,” he said. “I think certain developers do, but I do not think a lot of other people in towns instinctively understand that.

“Now it can’t be disputed. We have the numbers.”

Ladell said he hopes the study’s impact goes past the news release.

“We expect this report to be used by everyone,” he said. “We think this will be the new standard immediately for planners when they have to testify on fiscal impact.

“We expect that planners who are both representing developers and towns to use it and we think the League of Municipalities will now refer to it in the fiscal impact.”

Ladell said he hopes it will be the basis for future planning by elected officials.

“This report went to elected officials and the Governor’s Office to give them a better understanding about this issue and able them to reflect on the demographic shifts that’s happening throughout New Jersey,” he said.

Fight over (new) taxes begs one question: Why would Amazon still...

A SALTY compromise to consider for tax reform