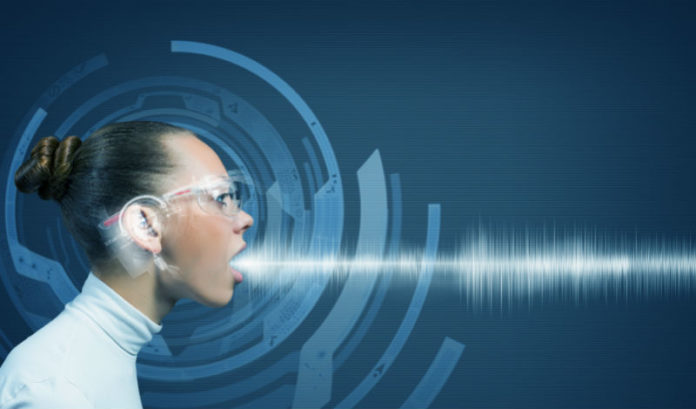 Call it life with a voice-activated transcription service in 2018.

And don’t get me wrong: I love it, subtle mistakes and all.

In just a few short weeks, it has proven to be far better than the alternative: transcribing interviews, phrase-by-phrase.

It’s just another example of how voice technology is changing not only the way we live, but the way we work. Plenty more will be on display Tuesday to Thursday at New Jersey Institute of Technology in Newark at the 2018 VOICE Summit — an industry-changing event created by Modev and sponsored by Amazon Alexa.

“VOICE Summit is bringing together designers, developers — people who are breaking ground in this space are all going to be right here,” Pete Erickson, Modev’s founder and CEO, said.

Erickson, who bills the event as the largest voice-tech event of the year, said it is expected to bring together more than 1,500 software developers, designers, brands, agencies and media companies focused on the next generation of applications that leverage conversational input via voice and chat.

There will be more than 125 speakers (from seven countries), highlighted by David Isbitski, the chief technical evangelist for Alexa and Echo at Amazon — and a 1998 graduate of NJIT. The summit will consist of keynotes, breakout sessions, workshops and demos.

“I may go over some of the things that have happened thus far, what Amazon has learned, what I’ve learned and then paint a picture for where I see this thing headed,” Isbitski said.

NJIT President Joel Bloom can’t wait to bring the event to his campus.

“The VOICE Summit is attracting leaders from the burgeoning field of voice technology, which is rapidly changing how the entire world communicates with computers, machines, cars, home appliances and more, and how those devices communicate with us,” he said.

“VOICE will bring together startup and mature companies, leaders in the industry and developers at the forefront of transformative technology from natural language processing and a broad range of technologies revolutionizing user engagement by leveraging voice technologies such as Alexa, chatbots and so much more.”

The sponsors of the event are a who’s who in technology and Newark: Panasonic, Audible, Verizon, Public Service Enterprise Group, Prudential and Horizon Blue Cross Blue Shield of New Jersey.

Newark Mayor Ras Baraka said the event is another example of how Newark is an East Coast hub for tech. After all, he points out, Newark was selected over Los Angeles, Philadelphia and New York City.

“As we turn Newark into a smart city, there’s no better way to begin that having a voice conference,” Baraka said.

Erickson, however, said he doesn’t want to lose sight of what voice technology truly is: connecting humans to technology.

“We want people to come here to change their lives,” he said.

And he’s going to try to help as many people as he can.

On Thursday, the event will end with a job fair, where as many as 250 jobs are expected to be open.

Erickson said it only makes sense to cap off the event this way.

“This event is a rare occasion for developers and companies to meet and engage around this fast-moving industry shift,” he said. “It’s going to be an amazing chance for all parties involved as we are combining vision for the industry with hands-on training and employment opportunities.

“Everyone in attendance is like-minded in their desire to stay ahead of the impending disruptions that voice-first technology is catalyzing.”

After years of searching (really, just hoping and praying) that technology would eventually catch up, I found Temi.com, a speech-to-text transcription service company recently founded in San Diego.

I download my audio file, wait about 3-5 minutes, depending on how long the recording is, and I’m sent back a text of the conversation that’s at least 90 percent accurate.

Instead of transcribing a 15-minute interview (which could take close to an hour), I can go through and just re-listen to the parts I need.

It’s been a game-changer for me at ROI-NJ — one that allows me to produce 5-10 more stories a week. And it does so without the loss of the job. It just makes my job easier.

That’s what technology should do.