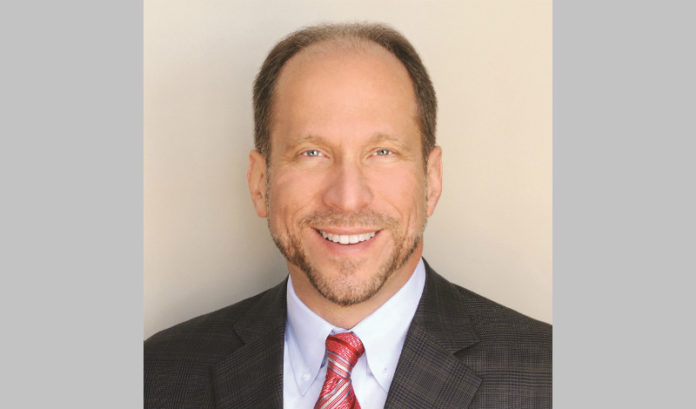 Don’t bother calling Ron Ladell today. Or texting him. Or emailing him. Or even stopping by the office.

You’re going to have to find someone else to speak with about real estate. Or politics. Or law. Or any of dozens of other subjects Ladell always is so eager to opine about.

Ladell, the New Jersey head of AvalonBay, is going on a six-week sabbatical. And (he says) he’s going to take it seriously.

“Everyone I tell thinks it will never last — and that I’ll go out of my mind,” he said. “Trust me, I’m going to do this. I’m going to unplug. And it’s going to be a good thing.”

Ladell had his 15-year anniversary with the company last November. With it comes a mandatory six-week sabbatical.

Anyone who knows Ladell may think six weeks away from work may be more of a punishment than a reward.

He doesn’t see it that way.

Ladell says AvalonBay may benefit more than he will for one simple reason: It will force others to fill his role.

“This will make people who work with me step up even more,” he said. “You can’t babysit in my business. If I go away for six weeks, someone will have to make decisions. People will have to step up and do certain things.”

Ladell admits he has closed a few deals in the past weeks, telling prospective partners it was now or wait until the fall.

But everyone knows closing a deal doesn’t mean the deal is done.

“There is lots of follow up, lots of due diligence; the work doesn’t stop,” he said. “People here are going to be pushed out of their comfort zone a little bit.

“We think the company benefits from that.”

He admits he planned his sabbatical to match that of his do-everything assistant, Nancy Nordling — someone who started a few months apart from Ladell and has made his life easier ever since.

“I’m not stupid,” he said. “Nancy is the person who helps me get all the details done. I can’t imagine working without her. I picked these dates on purpose.”

And, Ladell said, he won’t be able to pick up his phone — even if he wanted to. Ladell has an upcoming 10-day cruise off the coast of Greece with his wife, Betsy.

When he returns, he promises to spend the rest of his sabbatical down the Shore.

“It’s kind of funny,” he said. “My wife will have to go back to work, but I’m going to enjoy having three more weeks off.”

So, call if you want. But, Ladell promises, he’s not answering.