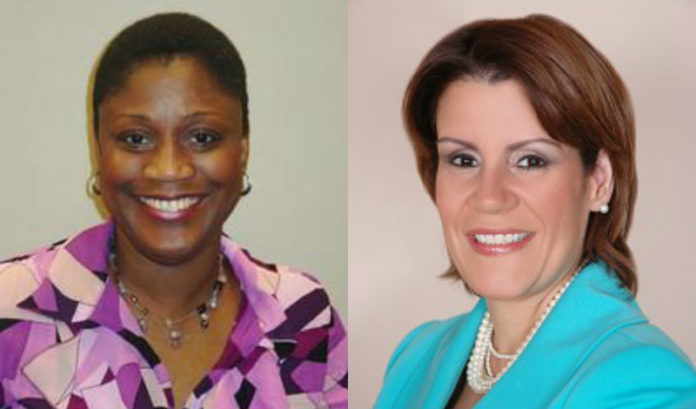 When the state was trying to bounce back from the recession, the Grow New Jersey and Economic Redevelopment and Growth incentive programs made sense.

Ten years later, a realignment of goals is in order, a new report says.

The report by the Bloustein School of Planning and Public Policy at Rutgers University said it was still too early to determine how successful the existing incentives have been for the state, but what is clear is that they have been unintentionally generous to some regions, to the detriment of most of the state.

Johnson said the current program is out of date.

“That kind of an incentive program was necessary in 2008, when we were coming out of a recession,” she said, citing criteria like creating jobs and relocation.

Johnson said a new formula is needed now. And she’s happy to say the bones of one already have been produced. Johnson, in tandem with the Urban Mayors Association, presented a proposal to Gov. Phil Murphy at the New Jersey League of Municipalities’ annual event last fall.

She hopes it will be part of the state’s plans moving forward.

“It talked about what this new governor and the (Economic Development Authority) director, Tim Sullivan, (are) interested in,” she said. “While carve-outs and looking at particular cities was critical … we thought it was important to have a formula that had a general incentive distribution.

“Any time we put incentives in place for economic development and increasing jobs in the state, we want to make sure we are on the right track.”

Since the recession, and after Hurricane Sandy, many urban areas have suffered, she said. In the meantime, of the at least 60 economically distressed areas in the state, many of the 32 members of the Urban Mayors Association have been ignored, while a handful have been helped by the incentives.

Johnson said poverty and tax-exemption should still be criteria in the new formula, but other things should be considered so there are more opportunities for other cities to participate.

That includes by paying attention to transit hubs or infrastructure improvements.

“As a state, we have to be competitive in terms of attracting jobs, and we want to make sure we are looking at career jobs and high-salary jobs. Not just creating any job. None of these cities want that,” Johnson said.

“I’m hoping to see from this that it is fairer for all communities,” she said.

The report from Rutgers showed that the northern region of the state benefited more than the southern region. More specifically, it said Hudson County reaped the most benefit.

Since 2013, the EDA has approved $4.4 billion in potential tax credits.

Mayors said that how this affects their bottom line, by the trickle down to small businesses, as well as the ratable base created by the new company, is what they care about most.

And they are concerned about how (and if) their municipalities directly benefit. There have been complaints over the years that the employees of companies that got rich incentives do not necessarily interact with the communities — and spend their money elsewhere instead.

This is an opportunity to address that, too, Johnson said.

“When we talk about small businesses and how the attraction of larger companies doesn’t always trickle down, now is the time to look at that,” she said. “Small businesses … all administrations have noted, are the backbone of the state’s economy.

“This is an opportunity to take a deeper dive to look at that.”

The timing of the attention to incentives programs couldn’t be better, as the state renewed Urban Enterprise Zone designations and is now participating in Opportunity Zones.

But, while the state focused on how many jobs a company could bring to the state, the Urban Mayors Association and the Watson Institute focused on the shift happening in most industries — the rise of automation and technology.

Johnson said the association already has been working on identifying which industries are seeing high numbers of aging-out employees and high automation — and working to ensure interest remains in urban communities.

“(Urban municipalities) are not going to be left behind in the high-tech conversation,” she said.

Meanwhile, The Watson Institute, Johnson said, has focused on industry clusters in the state and identified where there is growth.

Diaz is especially excited about the Opportunity Zones, since 51 percent of Perth Amboy is in qualifying zones. That, plus the investment of New Jersey Transit into revamping the station located in the city’s business district, makes Diaz feel there is plenty of reason to be optimistic.

This transition, in tandem with the state reviewing how to distribute incentives, is perfectly timed.

“Right now, this is an opportunity to make improvements to help businesses and help residents in the state of New Jersey,” she said. “(It’s) an opportunity for us to grow and rebuild.”

NJM, in ‘next logical step,’ is expanding into Pa.