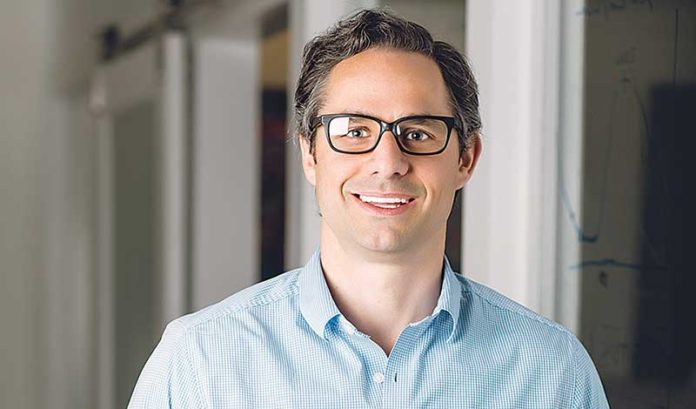 Mike Kerins launched a fintech firm in 2015 that, like many in the sector, sought to help investors.

Doing so took an investment of his own: He self-funded the startup for nearly a year of early-stage operation.

Three years later, it had a return on investment that no one expected.

After an initial period that Kerins would describe as touch and go, the company he founded, RobustWealth, got up to about $1 billion in managed assets. And then the firm caught the attention of a corporation with more than $650 billion in assets under management.

“It did surprise some,” Kerins said. “But why they acquired us was simple: We had a proprietary technology they’re looking to use. And, along with this focused, individual product, we had a great team put together here in New Jersey.”

And, considering trends at the intersection of technology and money, the partnership did fit the bill.

RobustWealth’s product is a proprietary platform with a number of features and automated capabilities all meant to streamline investment advisers’ practices — an approach sometimes termed “robo-advising.”

Traditional financial institutions — Principal certainly being one, as an investment management and insurance company that dates its founding to 1879 — are eager to claim a piece of this new digital territory now that consumers are starting to seek out those options, Kerins said.

“The world is going the way of Amazon; big companies want to have services made easily accessible,” he said. “Truthfully, financial companies aren’t easy to do business with right now. So, there’s going to be a continued trend of adding on complementary technology to change that.”

The innovations of smaller-end fintech startups have a part to play in updating established financial industry players. For industry watchers, Principal’s decision to buy RobustWealth — probably unknown to most fintech-sector commentators outside the region — illustrated that companies are starting to realize that.

Before it officially joined forces with RobustWealth, Principal spent around a year working with the local firm’s platform in an effort to broaden the established company’s digital reach.

“We’ve had such a great relationship,” Kerins said. “And, over time, it just made more sense for them to acquire us as they looked to enter this space, as well. The good thing is, we can still act independently, but just move faster than we could’ve.”

RobustWealth will continue to sell its platform to firms outside Principal, Kerins added. Under the deal, the company is also retaining its leadership and is operating independently under a management committee within the larger Principal infrastructure.

“It’s almost most more like venture capital funding than a full acquisition,” Kerins said. “So, there’s a motivation for us to keep pushing the limits of innovation. And we’ll continue to do that.”

Principal will benefit from the inroads the local company made with community banks, which have been a significant part of the firm’s client base. For RobustWealth, the advantages of being part of a company with more than 16 million customers the world over are too obvious to state.

“They have so many great relationships — almost, for us, too much,” Kerins said. “During this initial period, we have to hold back a bit before offering the platform to everybody.”

On a local level, Lambertville stands to benefit, as RobustWealth starts to scale up its operations. It’s doubling the office space in its headquarters and adding new employees from the area every week.

It’s a promising time — much different in character than the eight months Kerins spent bankrolling his fintech startup.

“Starting out, this was the scariest thing in the world,” Kerins said. “I really went all-in. Some people do it as a part-time thing, but I didn’t. And, up until this acquisition, it was a constant roller coaster. I just kept trying to move forward, waiting for that next round of funding. I had some doubts early on, but it’s easy for me to say now that it was a good decision.”

Home is where the talent is

Mike Kerins of RobustWealth may have been on a trip to Manhattan during his talk with ROI-NJ, but he’s an advocate for staying closer to home.

For him, that’s Lambertville — the quaint Central Jersey city where he lives. It’s also where he believed it was best to start his fintech firm.

“The first reason is because I didn’t want to commute, but I also think it’s a great community for a startup,” he said. “It has great biking, hiking and restaurants. And it’s very close to an awesome talent pool.”

Central to its position as an underrated startup hub, Kerins said, is the pitch it offers to tech workers from neighboring Princeton or Hamilton Township.

“I can say to these people, ‘Don’t go commute all the way to New York City; drive 20 minutes to Lambertville … and the pay will be equivalent,’ ” he said. “In that way, we catch this sweet spot of talent with five or 10 years of experience moving out of the city who don’t want to commute as much.”

Report offers 4 ways to make N.J. an easier place to...