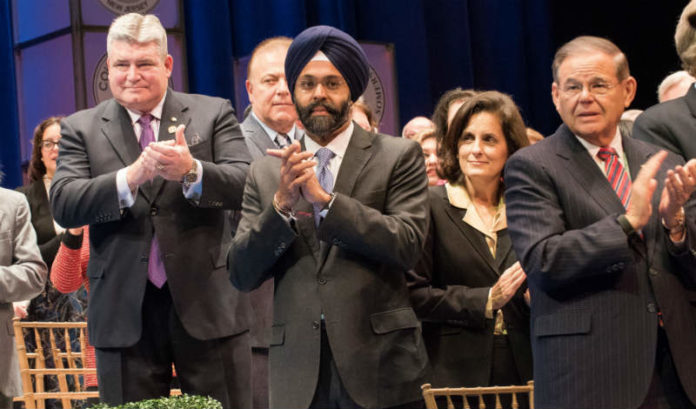 Some of New Jersey’s largest pharmaceutical and technology companies, along with both the New Jersey Business & Industry Association and the New Jersey Chamber of Commerce, have joined Attorney General Gurbir Grewal’s fight to protect the Deferred Action for Childhood Arrivals, or DACA, program.

The reasons cited in both an amicus brief and a suit Grewal filed in May are numerous, but they boil down to a significant negative impact on the state’s economy if DACA were to end.

Grewal filed suit in May against Texas and six other states, which are arguing that DACA is illegal, in federal court in the Southern District of Texas.

The companies, in the amicus brief, support DACA and state that the contribution of their employees is irreplaceable.

The state’s outmigration has been significantly buoyed by immigrants from other countries.

Statistics from the state show that, even though there was an outmigration of almost 55,000 people in 2014, the impact was stabilized by an in-migration of 51,000 people from other countries.

And they fill positions that are not, as critics often claim, being taken away from citizens.

NJBIA CEO and President Michele Siekerka said one of her employees is a DACA grantee.

“I can speak from personal experience. We hire for skill,” she said. “We’re hiring someone for the skill they bring to the position, and then they have to perform on the job.

“So, clearly, folks who are employed by New Jersey companies and are in New Jersey universities … clearly have a skill set.”

And they contribute to the state through taxes, homeownership and shopping, Siekerka said.

Also misunderstood is the ability of undocumented immigrants to apply for Social Security or tax identification numbers — so, even if they are not recognized by the country, they are paying into state and federal coffers.

New Jersey is home to an estimated 53,000 DACA-eligible residents and a total of 17,400 current, active DACA grantees, according to the attorney general.

President Donald Trump’s administration announced an end to DACA in 2017, but has been stopped by several courts.

“Dreamers (DACA grantees) are entrepreneurs, wage earners and taxpayers,” Grewal said in May. “They have careers, own homes and cars, and have U.S. citizen children, siblings and spouses. We are on the side of right in this matter, because DACA is lawful, and we can point to a multitude of ways in which ending the program will cause the state significant harm.”