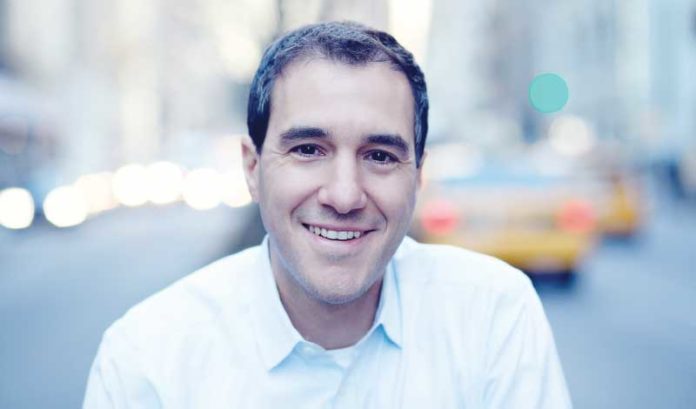 At the same incredible rate that Brett Baris’ fintech startup was growing, the rent for a Manhattan mailing address was climbing.

Baris had launched Credibility Capital Inc. there back in 2013. It was about time to come home.

So, earlier this year, the New Jersey resident and his team — also mostly locals — endeavored to make Newark’s historic Hahne & Co. building their new home instead of holding onto the cachet of a Manhattan base.

“Even as a fintech company, there wasn’t a huge difference for us between being there and here,” he said. “The infrastructure here is perfect for a company such as ours, and so we’ve seen a lot of similar fintech companies moving here because of that. It’s an exciting time for the area.”

State support through the New Jersey Economic Development Authority’s Grow NJ program has been luring fintech firms to the state left and right. Credibility Capital, which will complete its relocation in September, decided on this direction with a $6.5 million award from Grow NJ.

Credibility Capital, developers of a digital small business lending platform, will be taking up residence in Newark, following in the footsteps of Broadridge, the fintech behemoth that relocated to 2 Gateway Center in Newark last fall after being offered $23 million in Grow NJ tax credits over 10 years.

But that in itself is a feat. There’s no city in striking distance to New York that isn’t joining in the contest to be the next renowned fintech hub. Jersey City has had some wins, too.

A trio of promising fintech companies — Yellowstone Capital, Principis Capital and World Business Lenders — all were part of a recent rush to relocate to Jersey City. That’s not to mention the West Coast fintech firms that have been choosing it for a place to expand, such as BlueVine, a California startup backed by the venture capital arm of Citicorp Banking Corp.

The latest lift to Jersey City’s budding fintech framework was Pearl Capital accepting $5.6 million over 10 years, another Grow NJ tax incentive, to relocate to the city from its current New York base. The quickly-growing fintech firm’s leaders weren’t yet ready to talk about the move, which is expected to be finalized later this year.

Gov. Phil Murphy has made a priority of state support for innovative companies — and, in the region, that increasingly translates to fintech firms.

Baris thinks the goal makes sense and is glad to see the push.

“I’ve long thought that New Jersey has a huge opportunity to be a world-class center for fintech innovation, but it starts at the Governor’s Office,” he said. “I think I’m hearing that now. There’s a lot of well-established efforts around key locations, such as Jersey City and Newark.”

Along with the EDA’s already continuing support of investment in local fintech companies such as Gain Capital and Billtrust, accelerators that are cropping up across the state have a significant number of fintech startups moving through them.

Among them is the largely fintech-focused Stevens Venture Center, an incubator based out of Hoboken’s part of Stevens Institute of Technology. At the beginning of the year, it announced that its first startup was graduating the program. But the startup, FinTech Studios, left the state for a New York base.

Jim Tousignant, CEO of the company, said that, even as New Jersey cities on the periphery of New York compete to attract fintech firms, there’s still a lot of appeal across the Hudson.

“Depending on your market, New York may or may not be the exact hub for you,” Tousignant said. “In general, though, if you’re doing anything in fintech space, there’s probably no better place in the world to be. New Jersey has obvious opportunities to pick up on that. But I’m not sure it has been leveraged as well as it could be.”

Rather than focusing on luring already-established fintech companies, he said, New Jersey should focus more resources on developing ground-up enterprises in this sector, such as industry-specialized accelerators. But location is key.

“I don’t want to belittle any innovation effort … but, if you’re operating a startup in an incubator in the middle part of New Jersey, it might be an isolating experience,” he said. “There’s nothing really wrong with it, but it might not be conducive to getting investor attention.”

But, for some of those who are being lured to New Jersey, it’s sort of like they never left.

Even if he was convinced by the easy access to clients in the Manhattan market enough to set up his company there, Tousignant is still an entrepreneur-in-residence at Stevens and is helping mentor other local startups. He still lives in the Garden State, too.

Baris, of Credibility Capital, had the same situation.

“So, for my co-founder and I, it’s really a homecoming,” Baris said. “We both grew up here. We’re happy to come back to New Jersey.”

Like talent scouts looking for the next big-league star, fintech folks are always on the lookout for the emerging industry’s future innovators.

This happened after Tousignant saw Barresi pitch an idea the student had in 2014 for an intuitive web browser and messenger app he called iUbble.

“At the time, what he had was really the poster child startup at Stevens,” Tousignant said. “And I was fascinated with him and what he was building, even if the market wasn’t what I was focused on. So, I said to him, ‘Can we build this for Wall Street?’”

Barresi took him up on it and started helping in the development of Apollo, a cloud-based Big Data investment news, research and analytics platform. It uses a highly technical process to mine websites, blogs and other research sources in 32 different languages for information.

“It’s like Google on steroids, but for Wall Street,” Tousignant said.

Reach Credibility Capital at: inquiries@credibilitycapital.com or 212-581-2352.