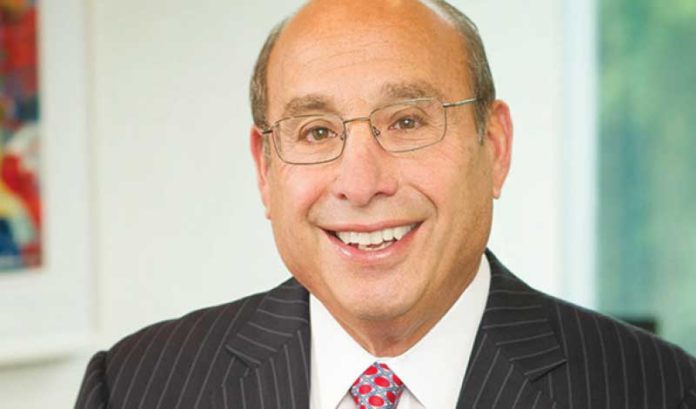 RWJBarnabas Health has put medical schools on notice: The health system no longer will host students who are not from Rutgers University.

That is part of the incremental transformation the health system is making to become an exclusive partner for Rutgers University’s Biomedical and Health Sciences school.

The relationship is one CEO Barry Ostrowsky has been keen on since 2016.

That’s when he first teased the idea in a public forum, revealing that it had been in the works since 2015 — even before the merger between RWJ and Barnabas Health.

Ostrowsky said then that it would involve investing in Rutgers and giving priority to medical students from the university for internships.

But, at the time, it was unclear if it would affect existing relationships, and would be “beyond anything that would be in an affiliation agreement the way medical schools and provider organizations are typically related,” he said.

Now, two years later, the relationship has been formalized.

Ostrowsky told ROI-NJ last week that it is an exclusive relationship, though RWJBH still has the ability to host students from other schools if it needs to fill the capacity.

RWJBH has committed to investing $1 billion over 20 years in research for Rutgers, and the two entities are partnering on everything from clinical trials to medical education in an integrated environment. In addition, there will be a 2,500-strong multidisciplinary practice which will include employees of both RWJBH and Rutgers.

The medical education change is one that concerns some schools.

Dr. Fred Jacobs, a former Barnabas Health executive, said the move is a good one for his former company.

“The big picture is that the RWJBarnabas-Rutgers affiliation, done correctly, will be very good for the state of New Jersey,” he said. “That is a major concern of mine that really transcends any parochial interest we may have on other issues. If I was still at Saint Barnabas … I would be very enthusiastic about this.”

But, as the executive vice president and chair of medicine for St. George’s, it’s not ideal.

“The problem for St. George’s is that it has resulted now in a notice given to us from (RWJBH) to end our affiliation, effective next year,” he said. “So, we’ve got the formal notice. I’ve got a meeting with Barry Ostrowsky … to talk about the effective transition so that no one has any misconception or erroneous ideas.

Last year, 951 students went on to get first-year residency slots in the U.S., Jacobs said.

“That’s more than any other medical school in the world,” he said.

St. George’s already has received notice from Saint Barnabas in Livingston and Monmouth Medical Center in Long Branch. There has been no information about Jersey City Medical Center.

But the school isn’t being kicked out of New Jersey altogether.

Instead, Jacobs said, the university is pivoting to the state’s largest health system: Hackensack Meridian Health.

“We have a new program starting next month at Jersey Shore (University Medical Center), and we are very excited about it,” he said. “We have new affiliations and expanded affiliations, so the net impact on the St. George’s footprint in New Jersey will be, essentially, a wash.

“We’re not going to lose any size in terms of the number of our students who train in New Jersey, stay in New Jersey, in context of our commitment to providing doctors for the health care environment in New Jersey.”

In addition, Jacobs said he is in conversations with Cooper University Medical Center and Rowan University.

But the university also has other irons in the fire, including agreements with the United Kingdom in light of the doctor outmigration from Brexit, the U.K.’s departure from the European Union.

“We have future strategic plans that account for (changes),” Jacobs said.

Rutgers President Robert Barchi was enthusiastic about the announcement with RWJBH last week.

“Through this partnership, we have formed the largest and most comprehensive academic health system in New Jersey and are well-positioned to take our place as a national leader in patient care, health science discovery and innovation,” Barchi said.

Ostrowsky said the investment in Rutgers comes from the operating margins the health system has been able to maintain and helps to support the financial challenge of a medical school.

“We have had the ability, over the years, to retain certain amounts of our operating margin so that we can make investments in the important projects and relationships,” he said. “We, at RWJBarnabas Health, over very many years, have been able to accumulate a sufficient amount in order to make, certainly, this initial investment, and we would expect to have a sufficient enough operating margin so we can support our commitments to Rutgers and to this project.”

In 2017, RWJBH had an excess operating margin of more than 10 percent, higher than some of the state’s other large health systems, according to documents obtained by ROI-NJ.

But the partnership also will include an expanded footprint for both sides.

Ostrowsky added that a number of real estate ventures will take place, including a new home for the Rutgers Cancer Institute, which will be complete in three to four years, as well as a new ambulatory site near Robert Wood Johnson University Hospital in New Brunswick.

How all these projects will be funded — through a mix of philanthropy, debt or capital investment — is yet to be determined. Ostrowsky said he anticipates interest from donors and investors.