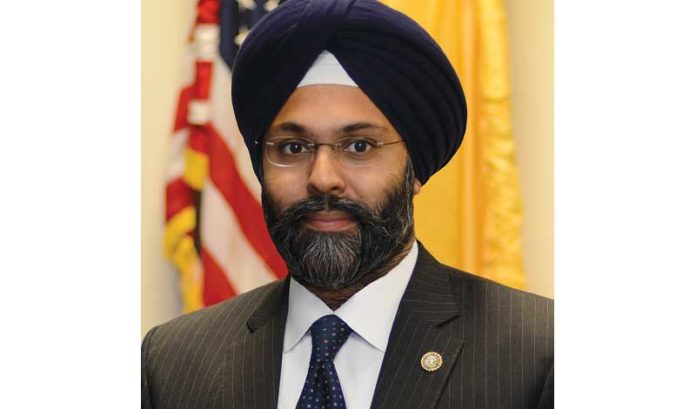 Chris Porrino, who served as attorney general at the end of Gov. Chris Christie’s administration, was named the Attorney of the Year by the New Jersey Law Journal earlier this month.

Porrino said he was honored to receive the award — and humbled to receive so many congratulatory notes from his colleagues.

“When I won the award, it was certainly meaningful, but the calls that I got afterward from people whom I really respected really meant something to me,” he said.

One of those notes especially stuck with him. Current Attorney General Gurbir Grewal was glowing in his praise of Porrino in a video the Law Journal did when presenting the finalists for the award.

“He was incredibly supportive along the way, too,” Porrino said. “I didn’t even know they were talking to him and then he shot a very, very generous video.”

Said Grewal in the video:

“Chris is probably one of the smartest lawyers I’ve ever met. Sharpest legal minds. He’s got the ability to drill into difficult issues, complex issues, and not just drill into them, but find a strategy to get through them.

“He’s someone who really cares about everyone around him and really cares about New Jersey. … Some of the things he did here I’m continuing to this day because he gave me a playbook that really is a playbook for New Jersey to make the state safer, to address social justice issues, to address criminal justice issues. So, I’m eternally thankful to him for everything that he did here.

“He’s set the bar extremely high. Every day, it’s tough for me to meet the expectations people have of the attorney general’s position because of all the good he’s done in this position and in the state.”