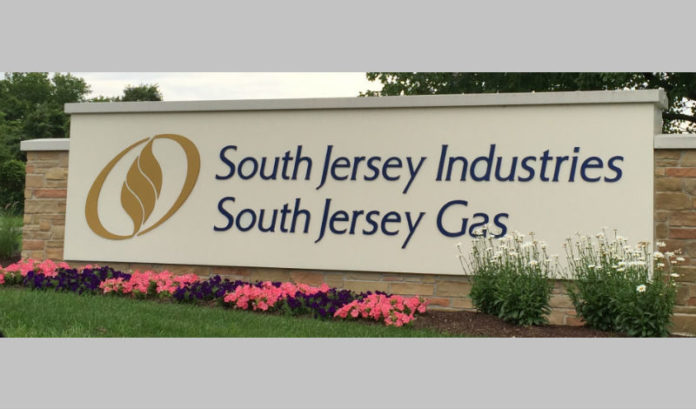 “Who gets something like this done that quickly?” he said.

The reality is, however, the move is the latest example of a growth plan SJI and Renna put into place a few years back.

“About three years ago we made a shift strategically, placing a greater emphasis on our regulated businesses,” Renna said. “When the opportunity presented itself to potentially acquire Elizabethtown Gas and Elkton Gas from Southern Company, it was just such a great fit with our strategy.

“These are two pure utilities, they have no non-utility businesses. And not only do they fit with our strategies, they’re exceptionally well-run utilities.”

Renna said acquiring the companies will help all be better.

“We felt as if it was not only complimentary to our strategy, but, in a lot of ways, it was an opportunity for us to become an even more efficient and better-run utility because of the ability for us to learn it really from both sides,” he said. “We both had certain areas in our utility operations that I deemed to be exceptional. There was an opportunity for both of us to learn from each other and make our respective utilities even stronger.”

Topping it all was the corporate culture — which is the main reason Renna thought the deal was able to proceed so quickly.

“Their culture was really attractive to us,” he said. “And, candidly, in the case of Elizabethtown, I think that they really welcomed the opportunity to be back under New Jersey ownership.”

The acquisitions make South Jersey Industries the second-largest natural gas provider in New Jersey, behind PSE&G, with service to more than 681,000 customers.

Renna sees more growth in the future, mainly because he remains bullish on natural gas.

In the decade prior to 2015, Renna said the bulk of SJI’s growth came from its non-utility business.

“At the time we shifted our strategy, our non-utilities were providing between 35 and 40 percent of our earnings on an annual basis,” he said.

The low cost of natural gas made it makes sense to switch strategies.

“Gas prices were coming down so significantly it allowed for us to invest significantly in our infrastructure and to modernize and expand,” he said. “Because of the low gases prices, we could make those investments without impacting customer bills.

“We found where we could best deploy our capital and our resources was in the utility. So, there was significant growth opportunities in the utility. Our customer growth numbers in South Jersey Gas, in particular, were very strong. Despite a somewhat challenged economy down here, we were still in the upper quartile in terms of customer growth, relative to our peers.

“Over a seven- to eight-year period, we’ll spend close to $2 billion on infrastructure while maintaining our bills at levels that are lower than they were 15 years ago.”

Renna doesn’t expect things to slow up any time soon.

He sees lots of new opportunities, starting with the PennEast Pipeline, a project that has been held up in courts by groups opposed to it.

“I believe there continue to be opportunities in which we would consider to be heavily regulated investments that are non-utility, like our investment in Penn East,” he said.

“There are some legal challenges and those cases are being heard, but we have all of our necessary and required approvals. Right now, it’s a matter of getting into the queue with NJDEP. That process will begin once the appellate court rules on the cases in front of them.”

Renna, who is confident decisions will be made in favor of the project, said PennEast will go a long way to help Gov. Phil Murphy achieve his energy plans.

“This is a great opportunity for New Jersey,” he said. “It’s an opportunity to have access to some of the cheapest natural gas in the country.

“If you start to think about the governor’s energy master plan — and it’s an ambitious plan — I truly believe that natural gas, and the economics afforded through natural gas, are critical to achieving the fundamentals of his plan, which involves an all-renewable grid for power to New Jersey by 2050.”

More so, Renna feels natural gas can be a key to another sector of the state’s economy: Manufacturing.

“Natural gas is the primary fuel in manufacturing,” he said. “And I do believe that the access to affordable and abundant natural gas coming out of Pennsylvania will help New Jersey’s economy, particularly in the reinvestment and reestablishing of manufacturing.

“I think that’s where utilities will ultimately benefit from PennEast, because we’ll be able to provide the infrastructure that help that to happen.”

DEP: Call for electrification of boilers remains possibility for future