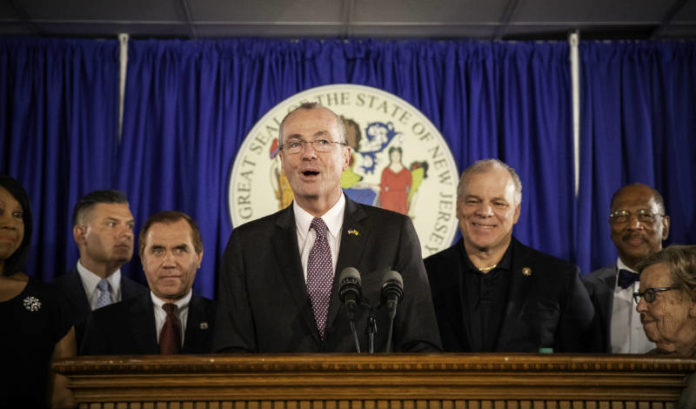 Gov. Phil Murphy has long talked of his time in Germany as U.S. Ambassador and his desire to bring some of Europe’s best workplace practices to New Jersey.

He apparently wants to bring some of their business, too.

Wednesday, the New Jersey Economic Development Authority announced it has created a new Office of International Trade and Investment.

OITI, as it will be called, will serve as the lead international business development office in state government. Wesley Mathews, a vice president at the EDA, will serve as director.

Mathews is tasked with a number of items:

OITI will work in partnership with Choose New Jersey. In addition, the Business Action Center will retain an Office of Export Promotion, which will continue to be focused on helping New Jersey-based businesses export globally.

Mathews said he is eager for the challenge.

“I am confident that under the leadership of Gov. Murphy and through our partnerships with Choose New Jersey, the Business Action Center and other stakeholders, we will return New Jersey to a best-in-class model of global trade and investment,” he said.

“New Jersey offers an unmatched value proposition for international companies looking to expand in the U.S. market, and the EDA and our partners will effectively translate that value into a compelling story for the global marketplace.”

New Jersey currently is home to more than 1,100 multinational companies and houses the headquarters of an estimated 270 foreign companies.

“New Jersey has historically been a crucial hub for global trade and the new Office of International Trade and Investment will allow us to strengthen our economy by attracting new business to New Jersey and widen our global reach,” she said.

“Our renewed focus on international economic development will help foster sustainable job growth for the state, while developing our place as a leader in the world market.”

Tim Sullivan, the CEO of the EDA, said some basic economic numbers show the need for the office.

Sullivan said Mathews brings a diverse international background to this new role, citing his career in the U.S. Foreign Service as well as in the private sector. Mathews has served at U.S. embassies and consulates in Nigeria, Germany, India and Pakistan, and advanced U.S. development strategies in emerging economies.

“Choose New Jersey looks forward to continuing our mission to attract new business to our State with Wesley and the OITI team augmenting our international efforts,” Lozano said.

“Whether it’s coordinating a trade mission overseas, or one-on-one interaction with an international business seeking to expand into the U.S. markets, New Jersey’s economic development team will have a unified message regarding the incredible benefits of growing in our state.”