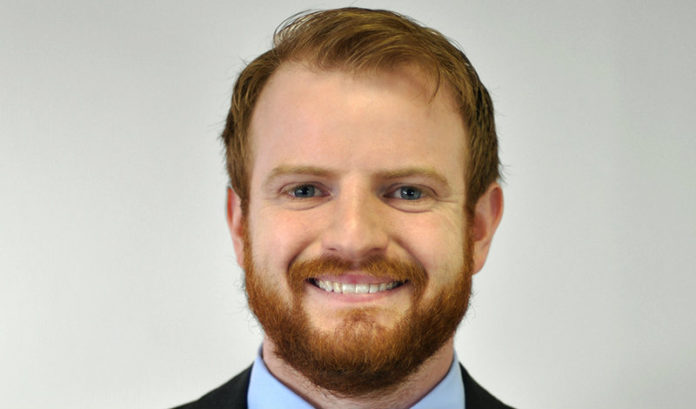 When it comes to the state’s mix of physical and mental health care institutions, Andrew Katz says New Jersey has some of the best providers out there.

But, he adds, when it comes to the overall health care system’s performance, there’s a bigger picture has often been missed.

“It can be the factors outside clinical care entirely that affect patients,” he said.

Homelessness, food insecurity and many other precarious situations lie outside the hospital — but they tend to put people there.

That’s the argument of the Camden Coalition of Healthcare Providers, a collaboration between more than 25 local hospitals, primary care providers and community organizations. Katz is affiliated with that organization, which works to screen individuals for so-called social determinants that have led up to a person’s entry into the health care system.

The industrywide realization that there could be an underestimated link between the development of chronic conditions and these factors gave rise to the nation’s Accountable Health Communities Model, a program designed by the Centers for Medicare & Medicaid Services.

The Camden Coalition of Healthcare Providers was one of only about 30 organizations to get a designation under that initiative, which has supported the group as it broadens its outreach in Camden, Burlington and Gloucester counties.

Katz said social determinants apply to physical conditions, too. The idea is that someone who can’t refrigerate insulin because he doesn’t have shelter will have a hard time controlling his diabetes. And that condition might be an outcome of other factors to begin with.

“With these patients that are hospitalized many times, we look at whether there are any indications that there’s something else going on, such as housing insecurity, transportation problems or security issues,” Katz said. “The idea is these individuals who are medically complex have a lot of complicated social issues driving them into the health care system.”

The aim is to provide these individuals what they need to be stable and successful in the community and ultimately link them back to their primary care provider, Katz added. That’s hoped to avoid unnecessary hospitalizations and repeated emergency room visits, which have the result of driving up health care costs.

The organization’s goals sound lofty, but some progress toward reducing hospital overutilization has already been accomplished in the patient population making use of the organization’s pilot Housing First program. That initiative, launched in 2015, secures vouchers for housing for individuals struggling to find a permanent living situation.

Latonya Oliver, who runs the program, said it’s a difficult proposition right now to get people properly sheltered in the state.

“The housing market in New Jersey is at a high point,” she said. “At same time, HUD has decreased voucher payments in major metropolitan areas.”

HUD, or the Department of Housing and Urban Development, has been decreasing subsidized housing payments depending on ZIP codes, Oliver explained. In some New Jersey ZIP codes, that has amounted to $400 less per month for housing and utilities.

“In the same ZIP code where we were able to house someone in a one-bedroom unit for just about $1,200, now they’re only able to get $819 a month,” she said. “That makes it hard for us to locate housing for our patients to manage their health conditions.”

It hasn’t been all bad news for the organization’s efforts, though. Gov. Phil Murphy’s new budget awarded $500,000 to support wrap-around supportive services through the Housing First program.

“I believe that shows there is a shift in thinking right now on the part of the state — an understanding that all these factors play a part,” Oliver said. “This support is what we need to be able to provide people with safe, dignified housing so they can manage their other issues.”

The organization has both a statewide team works with legislators to advocate on behalf of a need to recognize the systematic issues behind health conditions, as well as a national team that does it on a larger scale.

The social determinants that the organization confronts haven’t been an emphasis in terms of health care resource allocations in the past.

“When we first started, a lot of grants were focused on specific diseases: We want to work with people with uncontrolled diabetes, or with hypertension,” Katz said. “We started pushing back and saying that it’s about these larger social issues. Someone might have diabetes and hypertension but also is homeless with limited access to food, which is driving those diseases.”

Katz said the organization’s mission is being supported over time by a growing body of evidence that all points to the impact of unmet social needs on health outcomes.

And the health care community is only in the beginning stages of taking the implications of those findings to heart.

“I think there’s going to be a bunch of changes and various opportunities for health care organizations to take advantage of as we learn more about how these drivers affect health outcomes and health care costs,” Katz said. “We’re excited to be part of that and working with our partners to figure out that next step.”

Reach the Camden Coalition of Healthcare Providers at: nationalcenter@camdenhealth.org or (856) 365-9510.

Immunomedics’ Semerjian steps down as CEO