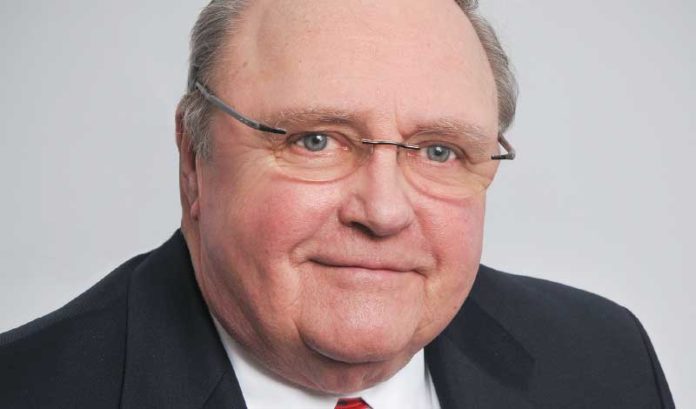 Jim Bell of Abel HR eagerly expounds on what he calls the “unsung hero” in the world of HR: the Employee Assistance Program, or EAP.

“Most employees, or even some companies, don’t know the first thing about it, because it’s not pitched,” he said. “I do pitch it, because I believe in it. I’ve seen too many situations get remedied not to.”

Hearing the sort of nightmare scenarios these intervention services can remedy, it’s clear why.

Bell, the founder and CEO of the Cranbury-based HR services company, described one such situation at a New Jersey organization.

“Because of personal problems, a young woman hung herself in the hallway of a facility at night,” he said. “When employees came into work the next morning, they found her hanging from a fire main in the ceiling. Understandably, the employees were absolute wrecks. The client didn’t think he’d ever get the company back to a reasonable environment.”

Counselors for the shaken staffers arrived en masse at the police-taped facility the next morning. The counseling was made possible through the organization’s participation in an EAP.

“And by the end of the day, no one was particularly happy, but there was no hysteria,” Bell said. “People were starting to be able to get back to thinking about their work. The client went out of the way to thank us.”

EAPs are designed to assist employees shouldering personal problems that can come to bear on the workplace. The employer-sponsored services are administered by a variety of public organizations and even some private entities across the state, as well as a national service that covers a large population.

In New Jersey, Abel HR utilizes as an EAP provider the behavioral health department at Rutgers University. James Walker Jr. is a Rutgers-affiliated clinical psychologist that facilitates the school’s program.

“It’s a wonderful program,” Walker said. “The genesis of it here was 30-plus years ago. What was acknowledged was, the absence of work-life balance for employees was creating the need for mental health support. It actually got started as a result of substance abuse in employees and the need for treatment. It evolved to addressing other issues while they’re still small so that someone could remain productive and involved in their vocational endeavor.”

Walker added that he was pleased to say the program was still going strong today and that it was a “much-needed resource right now” for employers.

Nationally, the EAP concept originated as alcoholism interventions in the waning years of a work culture of on-the-clock drinking. The service expanded throughout the years to include other issues people face, such as financial issues or family dilemmas.

“You could have an employee having trouble with his or her spouse in a way that’s impacting that person’s job performance greatly,” Bell said. “It could even be something like a young employee entering the business world that simply cannot cope with the debt they amassed in graduating college, getting a place to live, getting a car and generally coming up with extraordinary amounts of money to get themselves situated before gainful employment.”

There are countless potential examples Bell could give, but privacy is paramount when it comes to these services. Confidentiality is strictly maintained by the psychologists handling EAP cases, in accordance with legal and ethical standards.

“These programs are almost paranoid about not releasing information about what employees are experiencing,” Bell said. “I wouldn’t know any details at all if not for the fact that people call to say thanks for having such a service.”

That also makes it difficult to quantify the amount of New Jersey employees currently taking advantage of these programs. Abel HR, for its part, has been helping the employees at the hundreds of companies it works with utilize these resources for close to 25 years.

“We have had a warm and successful history of this providing good aid to people in their darkest hour,” he said. “It doesn’t cost much, but it can help your bottom line. It’s one of those things though that you don’t realize you need until you’re in a crisis.”

Studies done in the past have pointed to various benefits of these programs for employers, including lower medical costs, reduced absenteeism and increased productivity.

Bell said extending aid to a struggling employee is a boon for much more than that one person.

“All you need is one person in a terrible mood because they’re drowning in personal problems and the morale in the entire office will go downhill because of it,” he said. “People feel so sorry for someone they forget the purpose of coming to work was to help the company grow.”

When it comes to keeping up with state and local labor policies, a national human resources services company like Cranbury-based Abel HR can’t get a day off.

“You can have so many differences in taxes and laws by town or municipalities — it can be maddening,” said Jim Bell, the firm’s founder and CEO. “And you have to have policies on your own books for each location you’re doing business with.”

That’s why Bell sees as a positive something like the paid sick leave policy that New Jersey Gov. Phil Murphy signed earlier this year — it rolls all the sick leave rules created by cities around the Garden State into one.

“If you live in Newark and work in Jersey City, which municipal rule do I come under?” Bell said. “That sort of thing can be debated on into the night. So, having one state law can be good. That needs to be sold to the employers of the state, who might be looking this just as another way of taking money out of their coffers.”

Bell said New Jersey’s execution of the policy, which becomes active in October, is being handled better from his perspective than the dozen other states that have introduced similar rules. He said the rollout of California’s sick leave policy was plagued with confusion.

Janet Quintana, who is spearheading Abel’s implementation of the policy, added that there are some aspects of the state’s policy that do need addressing, including whether the dollar amount for violator fines — ranging from $250 for first offenders to $500 for repeat offenses — is multiplied by each of a company’s employees.

“So, there are some things that haven’t been clarified yet,” Quintana said. “Unfortunately, not knowing every stipulation will leave some questions for employers.”