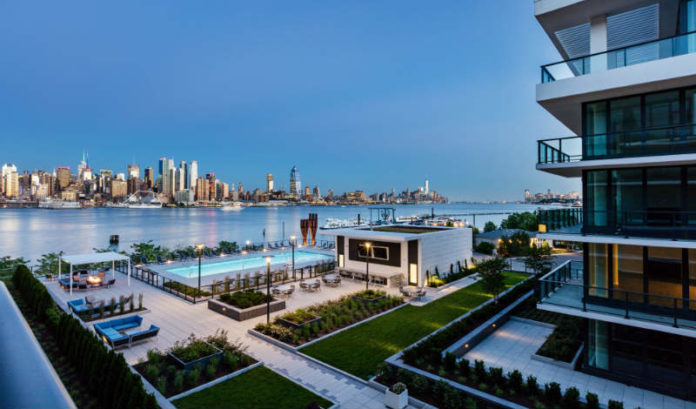 Lennar said this week that two of its waterfront condominium communities in Weehawken are nearing close-out.

The two communities, Henley on Hudson and 1200 Avenue at Port Imperial, combine for 304 luxury residences, the developer said in a news release. Construction has just wrapped up on the last building at Henley on Hudson, while model homes are being sold at 1200 Avenue, it added.

“Both Henley on Hudson and 1200 Avenue at Port Imperial demonstrate Lennar’s commitment to creating exceptional luxury residences on the Weehawken waterfront that offer modern lifestyle amenities, views of the Manhattan skyline and an easy commute into the city,” Craig Klingensmith, division president of Lennar’s Northeast Urban Division, said in a prepared statement. “We are thrilled with the way they have been embraced by residents and, while we are proud that a full sellout is on the horizon, we are also glad that we still have the opportunity to welcome some new homebuyers to both communities.”

Neighboring 1000 Avenue at Port Imperial has sold out, Lennar added.