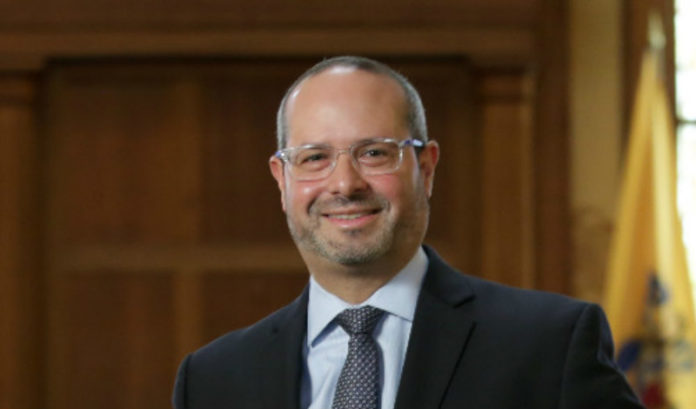 The approach cities take to economic development can change by the day.

So, even in his final days as Jersey City’s Housing, Economic Development and Commerce director, Marcos Vigil detected a change in thinking that would outlive his time in the role.

Almost exactly a week before Vigil vacated the post that he took after overseeing economic development as Jersey City’s deputy mayor, the New Jersey Economic Development Authority announced it was creating an Office of International Trade and Investment. Even if that’s a statewide tool for recruiting foreign business, he expects it will drive local thinking, too.

Vigil saw a lot change even in his half-year stay at Jersey City’s economic development department. He said there was a very recent shift in focus to developing industries such as biotech and fintech. Companies in both sectors flooded into the local market within the past year.

The model that he expects to be fruitful in the next year or so for Jersey City is participating in the state’s international business focus.

“What happens in terms of very local incentive programs is that you’ll have companies move across state or county boundaries, but as a region we’re not bringing a different type of company or job,” he said. “What’s really going to make us competitive is bringing in an entirely new product from the international level.”

“So, we think that we can help in attracting some more companies from there over there,” he said. “And we see the talent and access of Jersey City as a draw for companies with ties (abroad).”

Jersey City’s manufacturing past has left it with space to attract businesses requiring a larger footprint, such as multinational corporations.

At the same time, the city’s incentives with respect to bringing in corporate jobs are more limited than what the state can do. Jersey City has partnered with several entities to create microloan programs for small businesses, but the city itself isn’t able to offer the sort of economic incentives that large businesses sometimes look for.

“The toolkit for most municipalities are not that vast, and we’re no exception,” he said. “And the city has been trying over past five years to be more stringent and sensitive at the local level to economic incentives and trying to really look at a measurable benefit before anything else.”

Vigil said the city has most flexibility when it comes to the construction process. And that’s had a role in the helping development that’s occurring both on and away from Jersey City’s waterfront.

One major economic development push on the city’s part right now is an effort to purchase a property on the Hackensack River from Honeywell International Inc. That would jump-start development on Jersey City’s western side.

The city owns a portion of the proposed redevelopment site, but to proceed with the project it would have to pay back the around $30 million the city received from Honeywell when it became a partner on the planned development.

In doing so, the city would become master developer on 95 acres of formerly contaminated land, which would be cleaned and used for mixed-use projects.

It’s one of the city’s best bets in having the room for growth in burgeoning industries locally, such as the fintech and biotech companies that are quickly crowding commercial spaces in the Jersey City market.

“In term of our demographics, we have a young residential base, many of them young and trained or working in these sectors,” he said. “So, the city is well positioned to grow in the areas.”

For both the fintech and biotech sector, a key for the city will be supporting the startups coming out of the emerging base of incubators and startup accelerator programs.

“The city has looked to position itself in a way that these companies that may be incubated here have an opportunity to stay here, in the Jersey City of the future,” he said. “In doing so, many of those companies are going to expand and bring with it all of the ramifications for the area.”

Directing the city’s HEDC department in the city’s future that Vigil envisions will be his successor, current city Planning Director Annisia Cialone.

Vigil said he believes the city’s economic development will remain in capable hands.

“We’re having a personnel change, but not in terms of philosophy,” Vigil said. “They’re going to continue to move forward and see some great projects through.”