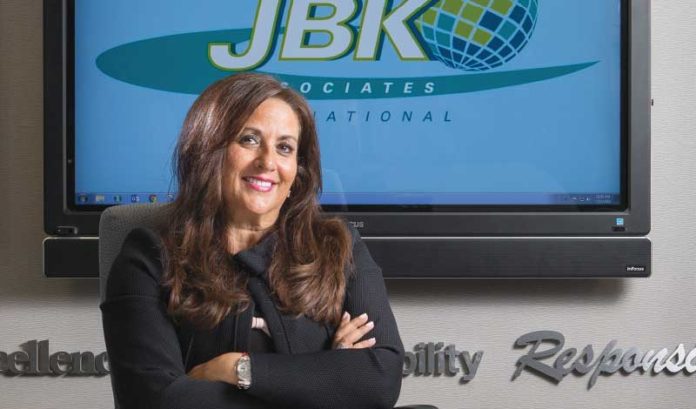 Hundreds upon hundreds of unsolicited job seekers annually contacted the executive recruiting firm she founded, JBK Associates International Inc., to ask if it had any opportunities in the market.

Today, she can expect 50 of those calls a year, if that.

“And that’s not inconsequential,” she said. “It has changed the landscape dramatically. … I’ve had my own business for more than 15 years; I’ve never seen a talent pool as tight as this.”

Rolling back the clock only a few years, talent acquisition firms such as her Englewood Cliffs-based business had a far more eager pool of candidates to fill positions for their client companies.

“For us, that means the response time has to be faster; we also have to open and available to meet with people right away,” she said, adding that recruiters “can bring them to the goal line, but we still have to hope clients will be great partners and bring them over it.”

New Jersey staffing firms and local human resource teams looking for qualified employees are finding themselves in a difficult situation, given current record-low unemployment numbers. As fewer people look for work, these professionals have more work to do.

Nicholas Malefyt, director of Lorelei Staffing and board member of the trade group NJ Staffing Alliance, said the hiring contest is fiercer than ever.

“It’s a particularly hyper-competitive market in the New Jersey area,” he said. “There are 600 firms that do staffing in the state alone. So, there’s definitely a push for a fast turnaround when client has a need.”

It’s often technology that professionals today are turning to for that, Malefyt said. Conversations about the role of artificial intelligence in recruiting talent are something he’s becoming more used to.

Options are available today for automated job postings on the internet and automated outreach to a bulk candidate pool. Fishing with a net instead of just one pole, tech-equipped recruiters hope to land one of the many candidates that might be happily employed somewhere already.

East Brunswick-based Lorelei Staffing has implemented an applicant tracking system to that end.

“Without us actively going out to all of the websites we use, the harvester does it for us,” Malefyt said. “It comes back with a hit-list of candidates we’re looking for — over the weekend or when we’re sleeping — and we can use when recruiters can go in in the morning to contact people immediately.”

For the most part, these tools grown up in the rebound from the recession of a decade ago. This prolonged job market pickup period has had its pros and cons for those doing hiring.

Joanne Stelmack is director of client services with Continuiti, a Morristown firm with the niche focus of only doing talent acquisitions of human resource professionals. She said there are difficulties right now, particularly on the side of her business that does hiring on an interim basis.  But things have been worse.

“Hiring of HR staff had been hurting so much throughout the recession,” Stelmack said. “It seems things are good for staffing HR right now. It’s competitive, because so many people are already employed. But that’s a good problem to have.”

Stelmack said human resource staff had been gutted at companies during the country’s massive economic downturn, primarily because the HR department wasn’t viewed as a profit center.

“It was gutted more often than not, because of the fact that it’s seen as just a cost center,” she said. “And human capital right now is a big term, that’s your value. But no one was saying that back then. People didn’t connect the dots.”

Besides being involved in the hiring of new employees, HR teams have taken on a new relevance in the competitive job market as professionals that can deploy the sorts of benefits that can lure talent away from other companies.

It’s mostly going to be those perks — and other workplace matters that HR professionals facilitate, such as company culture — that sway a prospective candidate. And what a company can do to attract talent is only becoming more germane as other factors start to exacerbate the competitive job market.

Included in that is the giant generational gap between the near-retirement 77 million baby boomers and the 44 million Generation-X demographic that’s meant to replace them.

Kampf, citing averages that put management teams mostly near their 60s, said this gap is especially apparent in the executive recruiting space.

“You have all this intellectual horsepower that is about to retire,” she said. “Combined with the competitive landscape — it’s making the competition for those potential replacements that much more challenging.”

One other factor potentially complicating the executive recruiting side of hiring — at least locally — might be aggravations with local taxes.

Kampf, whose firm does recruiting across the country, said it’s possible that New Jersey’s high property tax, without the SALT deduction, compounded with a millionaire’s tax, could make the local market a tougher sell for out-of-state candidates.

“We haven’t had those conversations yet, but I expect they will come up,” Kampf said.

It’s just another thing that makes plucking talent out of the job market a different story than it once was.

“But there’s still a mindset that there’s just a tree outside that you go take your pick from,” Kampf said. “It’s just not true for recruiters anymore. We’re all dealing with several factors at once, and I think result of that is that employers will have to change their mindset.”

A few months into her first job out of graduate school, Judy Lindenberger of HR training of consulting firm The Lindenberger Group was faced with an unprecedented situation: A federal agency was being sued to the tune of $1 million in a sexual harassment case.

Lindenberger, who was then in the U.S. Office of Personnel Management, helped design and conduct the first-ever sexual harassment training for federal employees. That was following a case in which an air traffic controller alleged her colleagues in the Federal Aviation Administration were posting pornographic photos on her screen as she monitored airplanes.

That was back in the 1980s. But sexual assault and harassment, especially in the workplace, hasn’t become any less of an issue since.

Lindenberger credits the #MeToo movement with making that apparent for organizations today.

“In light of that movement, we’ve had a lot of calls about sexual harassment training,” she said. “I think it has been a reminder of why it’s good to have the right policies and training in place.”

She’s finding that businesses are deciding increasingly often now to redouble efforts in this area. The trend is toward mandating online training for employees.

“But I’m more in favor of it being done in a classroom, where there’s a chance to ask questions,” she said. “Because, with sexual harassment, where you’ll get in trouble are the gray areas, for the most part. Some of the recent examples that made headlines were blatant — like asking for sexual favors to get someone a job — but workplace sexual harassment can be (less obvious) than that.”

Reach Julie Kampf of JBK Associates International at: jkampf@jbkassociates.net or 201-567-9070.