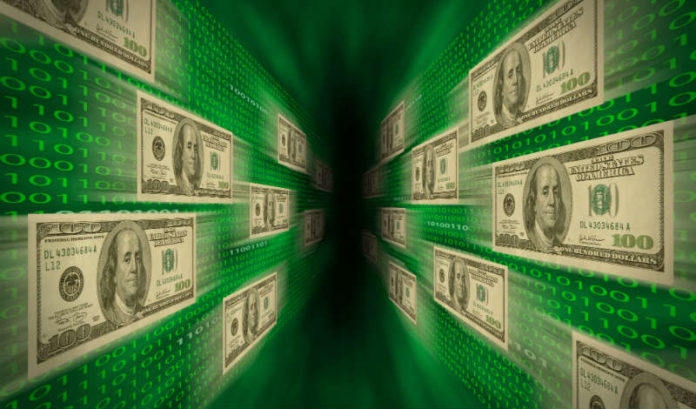 Steve Socolof was excited to announce that Tech Council Ventures, the venture fund arm of the New Jersey Technology Council, had made its first investment with NJTC Fund II — and that it is closing in on a second.

Socolof was thrilled to say the fund has attracted more than 600 applications already.

But, more than anything, Socolof was determined to let entrepreneurs know there is still plenty of opportunities with the fund.

“We have opened the door in terms of looking at opportunities,” he told ROI-NJ. “We’ve seen a tremendous inflow and we’ve got a really good pipeline, but, basically, the door is open.

“We want to meet entrepreneurs doing cool things and we’re excited to be in a position where we can help fund them.”

Socolof, a managing partner at Tech Council Ventures, has made a career out of doing this.

In the ’90s, as vice president of new ventures for Lucent Technologies, Socolof was instrumental in the launch of a venture incubator that helped Bell Labs, Lucent’s research and development arm, bring its innovation to market.

In 2001, Socolof left Lucent to become managing partner at New Venture Partners, in New Providence, where he worked with large companies such as IBM, Intel, Motorola and Philips to commercialize their technology.

Gunton spent the early part his career working with Fortune 500 companies in Silicon Valley, including Oracle and PricewaterhouseCoopers. He moved East in 1994 to work at Edison Partners, now located in Princeton, before transitioning to the New Jersey Technology Council to spearhead its venture funds.

Gunton is a member of the New Jersey Economic Development Authority‘s Technology Advisory Board, where his guidance and input helps the EDA in the decision-making process regarding which companies should receive funding under the Edison Innovation Fund.

Socolof said the fund is close to announcing a second investment. And, in the coming years, Socolof said, you can expect two dozen more.

“The plan is to invest in 20-25 companies,” he said. “We are set up as a 10-year fund. We would expect to make our initial commitment to companies in the first 3-5 years. Following that, we will make some follow-up commitments.”

Here’s what Socolof said he and Gunton are looking for.

“In terms of stage, we’re looking for companies that are demonstrating initial traction and growth,” he said. “In venture-stage terms, we could say, ‘Late seed or Series A.’”

Socolof said the fund is open to any and all opportunities, but noted it likes emerging companies in fast-growing sectors, including health care information technology, life sciences, education technology, financial technology, media technology and energy.

“We’re pretty open, sector-wise,” he said. “We have such a good network, through the council and through our investors, we feel we can be open to any sector that represents the strengths of the region.”

The fund has a variety of investors, including New Jersey Fortune 500 corporations, health systems, multiple university endowments and Wall Street financial institutions. It also got a $7.5 million investment from the EDA.

Both Socolof and Gunton feel New Jersey has a lot to offer startups.

“It used to be that 90 percent of venture capital investments were focused on Silicon Valley and 10 percent on Boston,” Socolof said. “But, now, there’s a startup ecosystem everywhere, and we are seeing lots of investment opportunities up and down the Mid-Atlantic region and in New Jersey in particular. The time has never been better for our strategy and how we can foster innovation.”

“New Jersey has tremendous advantages as a home for early-stage companies,” he said. “As the most densely-populated state providing a range of business and living communities and nestled next to New York and Philadelphia, there is great talent and opportunity to work with leaders in almost every industry sector.”

And while the fund is based in New Jersey and through the New Jersey Tech Council, Socolof said not all of the investment will be to New Jersey-based companies. He estimated roughly half will be.

“Because Jim and I both live here, we have a bit of a bias toward New Jersey,” he said. “And we get EDA money and have a whole lot of investors who are excited about what we are doing in New Jersey.

“But, our official geographic scope is the Mid-Atlantic region, so we’re also looking at New York and Pennsylvania, Connecticut, Maryland and Delaware.”

The biggest thing, Socolof stressed, is the fund is still seeking more applications.

“We have a lot of money to invest and we’re still raising more,” he said. “We’re interested in finding the best places to put it.”

Socolof and Gunton will participate in the upcoming New Jersey Founders & Funders event on Nov. 1 in New Brunswick, where investors meet one-on-one with entrepreneurs during speed dating-type sessions to discuss strategy, business models and funding opportunities.