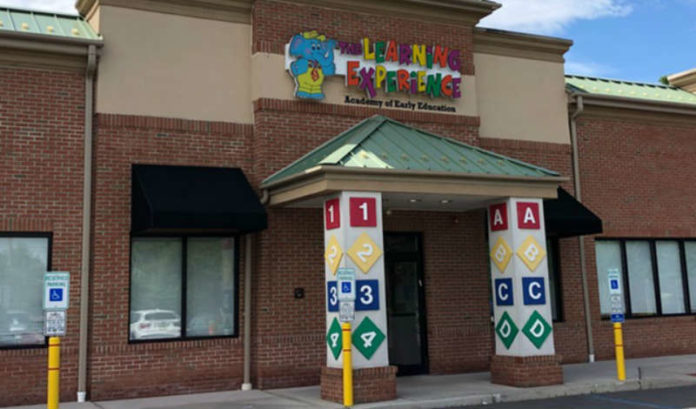 Lynn Ann Zazzali, a former public school teacher, said it was her pursuit of quality child care that led to her new career as a franchisee.

“When it came time for my children to attend preschool, I had a hard time finding an affordable place in which I felt comfortable,” she said.

Shae Kalyani, a former marketing executive, said she, too, decided to pursue franchise opportunities after giving birth to her first daughter.

“My husband and I realized there were a lot of great things about the school she was going to, but also that there were some things the school could be doing better for working parents,” she said.

Today, as million-dollar franchisees of The Learning Experience — a once-Jersey-based academy of early education and child care for infants, toddlers and preschoolers — these women said they have more than doubled their income, as well as the time they are able to spend with their families.

“That is such a huge perk for anyone,” Kalyani said.

According to a recent International Franchise Association report, more than 30 percent of franchise businesses today are owned by women — a marked increase of more than 50 percent in five years.

And, like Zazzali and Kalyani, the highest percentage of female franchise owners are in child services (51 percent), according to the Franchise Business Review.

“I strongly feel that women have this ability to connect with people,” Kalyani said. “You know if something is not right or if something is going on when you walk in that day.

“That’s what makes women so successful when owning their own business.”

“Quality child care is not just babysitting,” Zazzali said. “The value of our program is that we are not asking parents to pay extra for an academic education — everything simply is included in tuition.”

The Learning Experience, which earned $226 million in nationwide revenues last year, currently has more than 200 locations nationwide, with more than 100 in development both domestically and internationally.

With 59 locations (and 15 more in development), New Jersey alone has double the number of locations of the state in which the company currently is headquartered.

It is no coincidence.

Richard Weissman, chairman and CEO, was born in Orange and lived in Livingston until his family moved to Florida in 1975.

After co-founding The Learning Experience in 1980 in Boca Raton, Florida, Weissman moved back to Mendham Township in 2001 and began franchising the company from New Jersey.

However, when Weissman moved to be with family in 2009, The Learning Experience’s corporate offices again moved with him, to Deerfield Beach, Florida.

It was the company’s proprietary L.E.A.P. Curriculum, with core academic skills in math, science, phonics, computer literacy, creative and performing arts, health and fitness, social skills and more, that initially caught her attention.

“I enrolled my children in The Learning Experience in Wayne because their curriculum far exceeded all of the other centers in the area,” she said. “They create their curriculum in-house and the one word I would describe it as is ‘progressive.’”

Though Zazzali had once been working toward becoming a school principal, she said she now has the opportunity to not only help 9 out of 10 children reach first-grade reading levels upon graduation, but also to learn amazing skills such as sign language or Mandarin, yoga, and philanthropy.

“We are able to teach children at a young age the importance of caring about others,” she said.

Kalyani said she, too, is able to give back by helping to provide working parents with a service she once herself struggled to find.

“My husband, Manny, and I worked in corporate for more than 20 years — he in finance, I in marketing,” she said. “We were busy executives who worked long hours with limited flexibility, but we also wanted to start our own family.”

Kalyani said she loved her job with L’Oréal, but it grew too challenging to leave early and come home late, with an hour and a half commute each way.

“I would say that in nearly 96 percent of our enrolled families, both Mom and Dad are working, too,” she said.

Child care fees currently rank as one of the top family expenses, often second only to a mortgage or rent.

However, when companies partner with centers such as The Learning Experience to help provide child care, they also reduce absenteeism, improve productivity and significantly reduce stress for their employees.

That is why Kalyani said she is especially proud of the Work and Family Experience, an employer-sponsored child care benefit program established in 2005 for working families to receive corporate discounts.

More than 300 corporate partners, including JPMorgan Chase, Merck & Co., Public Service Enterprise Group, Prudential Financial and Johnson & Johnson, all give their employees the opportunity to receive a 10 percent tuition discount, priority enrollment and nationwide access by referring their employees to The Learning Experience.

“The relationships that we have with these companies is critical to running our business,” Kalyani said.

Kalyani currently owns one location, in Edison (since 2009), but said she is seeking additional locations in both New Jersey and outside of the state.

“You of course wonder at first how you are going to make that sort of money back, but Manny and I were able to successfully execute a three-year strategic plan to far exceed our investment,” Kalyani said.

With each location of The Learning Experience employing nearly 40 to care for nearly 250 children at an average tuition of $1,200 per month, the numbers can add up.

But Zazzali seconded — even on a public school teacher’s salary — that the investment was worth it, especially since she is now earning more than five times what she used to.

“The Learning Experience gave me the support I needed, to be able to see how and when I would earn my investment back as well as make sure that my business continued to be profitable,” she said.

“If you do all of the right things — if you correctly follow the franchise system — everything will fall into place,” Kalyani said. “Now, on top of making more money, I also can make the decision to go to my daughters’ performances or soccer games by better organizing my time.

“I have more control over the things that I want to do.”