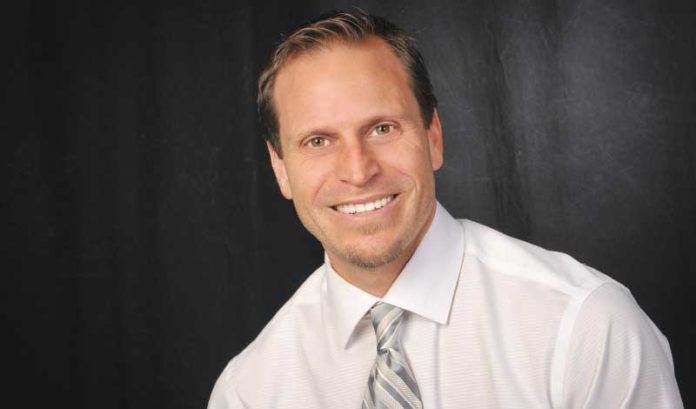 Given the usual do-gooder characterization of millennials, full-time work in mental health services — a daily dose of caring for the most vulnerable — should be a dream.

It isn’t. And that’s a tough pill to swallow for the industry.

Anthony DiFabio, whose organization offers a broad swath of services, including mental health and substance abuse recovery programs, will be first to admit the field’s pay leaves a lot to be desired.

“You have these incredibly talented young professionals working hard in our field, with stakes of not getting it right that are in some respects literally between life and death … realizing that someone working at Costco could be paid the same,” he said. “And they’ll only work 9 to 5 and they won’t be working off-hours or be in high-risk situations.”

DiFabio, CEO and president of Robins’ Nest, said this exact disillusionment — something he’s seen happen firsthand — is one of the reasons that mental health service providers are hurting for qualified employees right now.

“This workforce question is the most significant challenge in our field today,” he said. “The lifeblood of our system is the incredibly dedicated and well-trained staff. And, in almost every single area, we’re really struggling to hire. And where we do hire, we struggle to retain them.”

Mental health providers are experiencing record levels of turnover among all of their entry-level and non-degree positions, DiFabio said. And that staff is being lost to entirely different industries, ones not limited by public contracts or fee-for-service rates, he added. Simultaneously, providers are encountering difficulties hiring master’s degree-level staff; they’re short of psychiatrists, as well as licensed practical nurses, licensed clinical alcohol and drug counselors and licensed clinical social workers.

DiFabio is board president of the New Jersey Association of Mental Health and Addiction Agencies. That organization’s head, CEO and President Debra Wentz, identified this as a statewide trend.

And it couldn’t be a more inconvenient time for it.

The behavioral health industry is busy reorganizing itself to better integrate with the medical side of the health care sector.

The shift is partly the result of a recognition that medical conditions can often have a behavioral component. And it’s also partly the upshot of a 2008 federal parity law that said coverage of mental health and addiction services had be equal to other medical services.

“On the ground, through various innovative programs, providers have really moved forward with this,” Wentz said. “We think the role of integration is excellent.”

At the same time, mental health providers’ aspiration of complete integration within the health care system carries with it the expectation that there will be a certain amount of credentialed staff on the mental health side who are prepared for working across partnered institutions.

Industry leaders say this further complicates an already difficult situation, because those employees are harder to find — and keep — than ever.

To add to that, Carrier Clinic CEO Don Parker said the labor shortage is becoming apparent in tandem with an uptick in the need for these services.

“The sheer demand for psychiatry has definitely increased,” he said. “And that demand is disproportionate to availability of providers in this field — on the part of individual professionals and organizations both. We don’t have enough people to meet the needs at this point.”

Carrier Clinic is a behavioral health care system in Belle Mead that recently agreed to form a partnership with Hackensack Meridian Health as part of the industry’s integration movement. The clinic has brought in 5 percent additional volume each year for the past five years.

And in the mental health world, you don’t grow by 25 percent in such a short period of time without there being some larger forces at play.

“I suspect demand is going up due to the increasing complexities of peoples’ lifestyle,” Parker said. “I think there has a significant impact on individual stability from over-reliance on technology to communicate with one another. The dominant ways of interacting today have diminished the quality of interactions.”

Parker refers to the effect of the endless back-and-forth of social media, emails and text. People are attending to all of it simultaneously, and the pace of it can take a toll.

Susan Buchwald, chief operating officer for Legacy Treatment Services, which provides housing and treatment for mentally ill adults, also has seen an increased demand for mental health services. She attributes it to a different societal trend.

As the demand increases for mental health services, more facilities are turning to telepsychiatry, which, like telemedicine, puts patients in touch with a doctor at a distance through videoconferencing.

The market for qualified psychiatrists has gotten so tight that DiFabio said mental health service providers often pay as much today for these off-site psychiatrists as they were paying on-site personnel several years ago.

Although that may suggest the shortages of these professionals are a recent phenomenon, Joseph Masciandaro, CEO and president of Care Plus NJ, said everyone saw it coming a long way off.

“This is actually something of a longstanding problem,” he said. “Twenty years ago, we were complaining at the time that there average age of our professionals was 56. So, we identified it as an issue, but there has been very little done in that time to increase pool of qualified people in this field.”

The problem is so acute that in Bergen County, where Care Plus NJ provides outpatient programs, there might be a six-week waiting period before a patient can be seen by a psychiatrist.

Some managed care companies pay inadequate rates for these specialized services, Masciandaro said, so there’s no incentive on the part of a provider to sign on with an insurance network plan. That makes it so many psychiatric practices in the region charge for services on an out-of-pocket basis.

“That works fine for people with the means to have that care,” he said. “But I think even for a well-off family with someone who has a chronic disease, they’re not going to be able to afford those out-of-pocket expenses.”

Organizations that participate in Medicaid and other medical insurance plans are dealing with the inability of adjusting prices for services in relation to today’s labor costs. The result is a level of pay that doesn’t help retain staff at these organizations.

DiFabio said part of the calculus for a significant portion of the industry’s millennial workforce is that they’re starting to have families — and they are finding the field’s pay to be inadequate to support that. About 85 percent of his organization’s staff are women.

“And, often, they can’t afford child care while working in this field,” he said. “Sometimes they’re leaving the labor force altogether. The economics don’t work for them. … And for us, there are things we can do in terms of staff engagement, but fundamentally it comes down to a dollars-and-cents question.”

Wage increases are not covered by current reimbursements, DiFabio said. And the talk of additional funding from both state and federal governments hasn’t always been a shot in the arm.

“Whenever spending a new dollar is looked at, the natural inclination is to use it to buy more capacity — more services or programs — instead of a fundamental like helping compensation for this needed workforce,” DiFabio said. “But it’s sort of like putting satellite radio in a car and heating or ventilated seats when you need to put money into the engines, brakes and tires.”

Hopeless as it may sound, local mental health industry leaders such as DiFabio remain optimistic.

“Even as we look to address on our path to integration a workforce challenge that is deeply rooted, I still feel incredibly optimistic that we’re having the right discussions with the leadership in the state Legislature and the Governor’s Office,” DiFabio said. “I’m confident we’ll get to better place with their help. It will take significant commitments and difficult discussions to get there. But we don’t have benefit of ignorance.”

Telepsychiatry: Yes, it’s here. And it needs an upgrade

The system of telepsychiatry is getting a face-lift.

Don Parker of Carrier Clinic, the state’s largest mental health facility, said his organization is working with on binding facial recognition software from the Department of Defense with telepsychiatry systems.

The technology is being tested at the facility now for its potential to more accurately diagnose patients, and even assess something like their risk of relapse.

Telepsychiatry needs an upgrade, Parker said. It’s not the cutting-edge technology it once was.

“We were doing telepsychiatry when I was at AtlantiCare 20 years ago, so it has been around,” he said. “But the process has not had many enhancements during that time. So, we’re excited about this new product.”