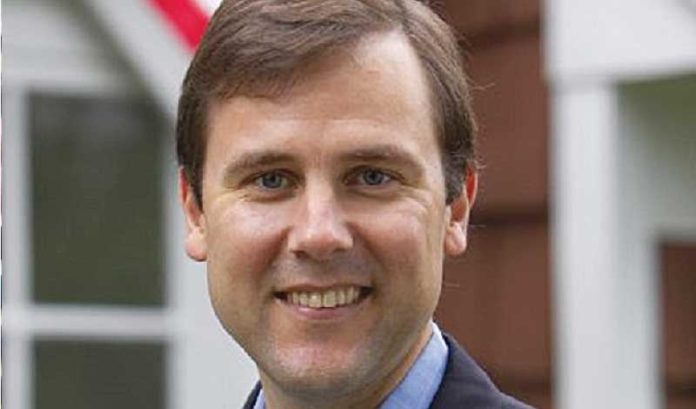 Tom Kean Jr. knows a little bit about the generational nature of life in New Jersey. And the son of the former governor by the same name doesn’t like what he’s seeing these days.

Kean (R-Westfield), the Senate minority leader, was speaking to representatives of some of New Jersey’s biggest and strongest public companies — only those who made the NJCU New Jersey 50, an index fund of the state’s Top 50 public companies, were at the recent invitation-only event.

Or, worse, what business leaders are telling him: “When I grow the new division, it’s going to be in Massachusetts, not in New Jersey,” he has heard people say.

He can’t believe it.

“For those of us who grew up in New Jersey, the thought process that you’d be saying Massachusetts could steal something from New Jersey from a job-creation opportunity is really disheartening,” he said.

Changing that mindset, he said, will take more than a year. And more than just an election.

Kean said New Jersey politics — as it relates to business — needs to change its business model to one with more predictability. Especially when it comes to taxes.

He said the recent budget battle, which resulted in a rise in the corporate business tax for businesses of all sizes, sent the wrong signal to the business community.

“You knew there was going to be a $1.4 million increase in spending … but you didn’t know it was going to (come from) an income tax increase, a corporate business tax increase or a whole slew of other things,” he said.

That’s not the state he grew up in.

“There was a day for a long period of time when people understood that their taxes were not going to be raised,” Kean said.

That’s no longer the case, he said. At least in New Jersey.

“When you’re talking about Massachusetts, it didn’t matter whether it was (Democrat) Deval Patrick or (Republican Charlie Baker), the current governor, they weren’t going to raise their income tax rates over 6 percent,” he said.

“Think about that. With every fight that they’ve had over all these years, the income tax rate in Virginia or Massachusetts or North Carolina isn’t increasing. So, you’ve got predictability. Whether they’re a large corporation saying, ‘I want to invest’ or a smaller entrepreneur saying, ‘This is where I want to go,’ they can look back across partisan administrations and say, ‘There’s consistency and we can prove it because we can look back 20 years.’”

“At the end of the day, the goal is this: Changing the timeline for the people of New Jersey from a five-year timepoint to a 10- to a 15- to a 20-year timepoint,” he said.

“Once you change that center focus and you have that longer-term focus, it means people are investing and making long-term planning decisions, whether it’s in state government, in their families or in businesses.”

Read more from ROI-NJ on the NJCU New Jersey 50 event: