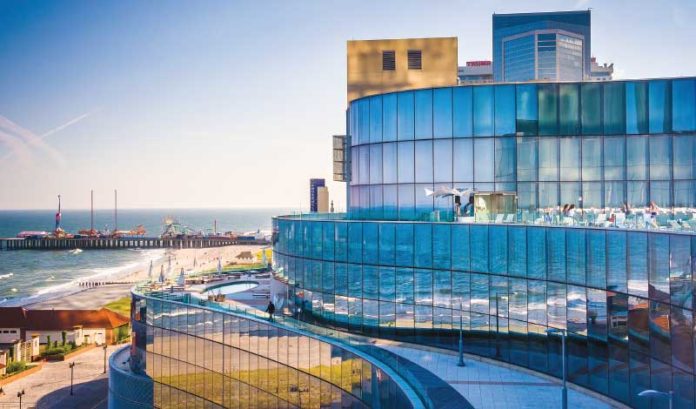 Atlantic County gained a national reputation as the place that jumped with both feet, put all its eggs in one basket, went all-in … and, well, every other conceivable idiom for an over-concentration of resources.

In 2014, the headlines changed. It was the former empire, the current ghost town.

But there was talk even then of a forthcoming rebranding to spare the county’s future these associations. The fate of those efforts hasn’t always made the same splash in the years since, but there’s a new organization that has been keeping that mission moving along.

It’s the Atlantic County Economic Alliance, which brought on a longtime guru of economic development, Lauren Moore, to make the local economy match the diversity of its geography — between the 23-town county’s skyscraper-lined Shore and its rural western reaches.

Moore, the organization’s executive director, has his work cut out for him in getting Atlantic County away from its historic reliance on the gambling industry.

But he boasts an impressive background as an executive director of the New Jersey Business Action Center, appointed by former Lt. Gov. Kim Guadagno in 2014. In all, he has more than 25 years of experience in economic development in various agencies, such as the New Jersey Commerce and Economic Growth Commission.

He spoke with ROI-NJ about how the county has gone from all-in to hedging its bets.

ROI-NJ: Given that it served as the catalyst of this organization’s creation, could you start off by talking about Atlantic City’s casino collapse?

Lauren Moore: At the end of 2014, Atlantic County lost 20,000 jobs because of that. With all those jobs being lost, we felt it through unemployment, in foreclosures, in the average value of homes across the county and in other areas. The fallout of competing gaming jurisdictions hit us hard. It’s no secret that our economy was too dependent on gaming.

We want to diversify that economy to improve our economic security. So, we have a plan, a strategy to do that. It was developed in 2015 by AngelouEconomics, an economic development consulting firm. The strategy, in addition to recommending the creation of this organization, focuses on building on the strengths of several industries: aviation, advanced manufacturing, business services, tourism and life sciences. And, right now, we are focused aggressively focused on aviation. An aviation cluster in the county is what we want most immediately.

ROI: What specific initiatives are driving the development of the county’s aviation industry?

LM: That’s something we’re drilling into now. We’re finalizing a seven-building, around 400,000-square-foot technical park for aviation, which had been an idea for quite some time but never really got started. It’s under construction now and will be completed in the fall of this year. We’re in late-stage negotiations to have the building fully tenanted. And our partner on that project, the National Aviation Research & Technology Park, is the (Federal Aviation Administration), given that the land is adjacent to that agency’s William J. Hughes Technical Center. There are more than 5,000 employees in that center.

The FAA provided us with 58 acres to expand aviation research there. It’s one piece of a cluster that we’re working to develop. Another piece of this, one that pulls it together, is the development of an aviation academy to train technicians in this field to work on aircraft. We’ve formed higher education institution partnerships to create an institute for aviation maintenance, repair and overhaul training. We’re supported by the South Jersey Transportation Authority on that initiative.

ROI: Do these initiatives align with the other industries you’re trying to develop there?

LM: It’s interesting, because the graduates of the new academy here are receiving an education certificate that also qualifies them to work on wind turbines and so in the wind energy industry. As it happens, we recently attracted the Danish alternative energy firm Ørsted. They’ve located their offices here. They have a federal lease to build 11,000 megawatts of ocean wind power 13 miles off of Atlantic County’s coast.

So, this is where our advanced manufacturing has a very intimate overlap with our efforts with the aviation academy. We’ve got to get all these pieces in place for our larger plan, which will take some time to see it all through. But economic development isn’t a sprint, it’s a marathon.

ROI: Gov. Phil Murphy took office about a year after your organization was formed. How have your nonprofit’s initiatives been received by him?

LM: The new governor has been extremely supportive. We’ve worked very hard to get our political leadership and our elected officials to support, in particular, an incentive bill that’s currently sitting on the governor’s desk. We want to have an area around the Atlantic City International Airport designated as an Opportunity Zone, so we can have the capital gains tax deferred on investments made there. We have eight of those in the county. We’ve worked hard with Murphy’s office to get that accomplished. This has had huge bipartisan support; it passed the Senate and Assembly unanimously. It would create a district around our airport, a 1-mile radius, that would give enhanced economic development incentives to companies in that sector that locate there.

We feel confident that incentive package will give us a strong competitive advantage to attract aviation research and development businesses. We think the governor sees the advantage of that.

ROI: What are some other interesting industries on their way up in the county?

LM: The area of esports came to our attention and, ever since, we’ve been looking at this deeper and deeper. Atlantic City’s 24/7 economy, the abundance of hotel rooms, the power, the connectivity and the other activities available for the millennial demographic all seemed to be a fit. Atlantic City’s attributes lend itself to this new industry.

We’ve been working very closely with a couple of firms in introducing this to Atlantic City. We recently attracted Continent 8 Technologies (a global network solutions provider headquartered in the United Kingdom) to Atlantic City. That’s one of the firms we’re working with in this area as we rapidly move in this direction. As an economic development organization, we really do pay close attention to growing industries and growth opportunities. And esports has really grabbed our attention.

We’re now working very closely with Meet AC, which focuses on meetings and conventions, to start to develop the venues for hosting esports events. You’ve seen these venues popping up in Las Vegas or other places recently. Here, there have already been some events that have just been overwhelming successes. That’s exciting our appetite. We’re hoping to take this to the next level. It’s absolutely coming; and it’s going to be huge here. We’re also looking at the support industries that come with esports — the software writers and hardware suppliers, the high-tech jobs connected to esports. We want to support getting them here, too.

ROI: How do you factor in economic development trends that exist outside the county into the plans you have for these local burgeoning industries?

LM: We definitely want to triangulate these efforts. Considering the work going on with drones in Cape May, we want to combine efforts on something like our aviation focus for a regional impact on the South Jersey economy. Here in the county, we recognize what we’re doing is not happening in a vacuum.

We’re working in conjunction with county partners because we recognize it’s a regional economy. We’re not in competition with them. It’s something I always want to stress, because I worked for the state of New Jersey for two decades on statewide economic development before I came back to Atlantic County. That’s what cemented for me the importance of a regional philosophy, which is what I want to bring here.

My responsibility is to diversify this county’s economy, but I’m always going to keep that bigger picture in mind.