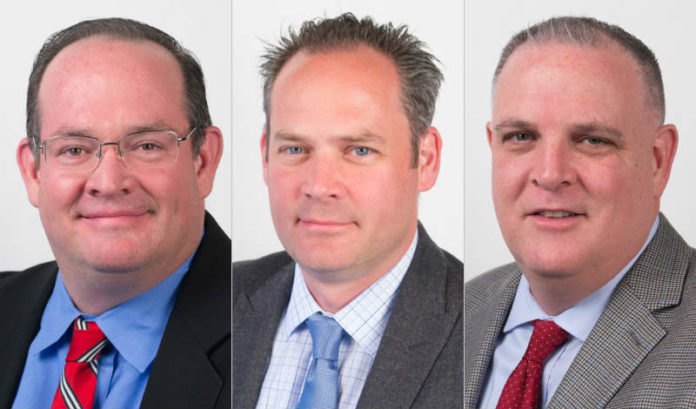 Hollister Construction Services, based in Parsippany, has made a number of executive changes as part of a succession plan, it announced recently.

Co-founder Christopher Johnson is stepping away from day-to-day management of the building firm, according to a news release, although he will continue to serve as an executive coach and relationship builder in a new role as “head coach.”

Brendan Murray, an executive vice president, has succeeded the firm’s other co-founder, Kieran Flanagan, as the company’s third president, building on his recent six months of leadership.

Finally, Joe Furey will remain in his role as chief financial officer, serving with Murray and Higgins as the third member of the new leadership team.

Two other executives have been promoted to assist with day-to-day operations, the firm said.

And Keith Lovas has joined the executive team as vice president, field operations, to lead work in the field.