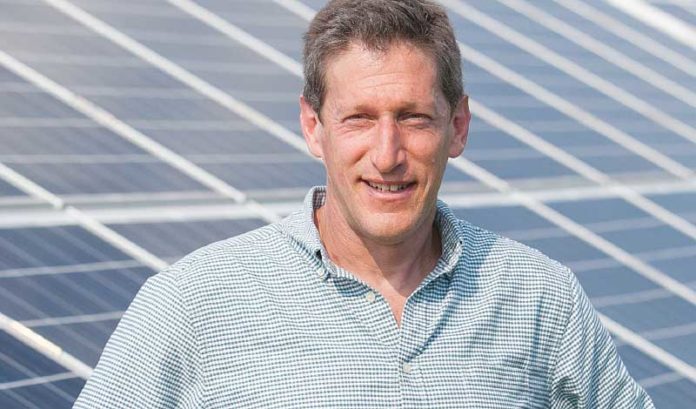 For a state with a $34 billion operating budget, $1 million is a drop in the bucket to reinstate a Commission for Science, Technology and Innovation.

But that is just step one.

The legislation signed by Gov. Phil Murphy on Wednesday to spur the new high-growth sectors of business will also settle a brewing debate over New Jersey’s innovation identity.

Seeking similar notoriety to California and Massachusetts, which have their clusters of technology and life sciences, respectively, New Jersey has been struggling with identifying its innovation hub.

Should it be a major city? A region of the state?

Assemblyman Andrew Zwicker (D-Monmouth Junction), who sponsored the legislation that Murphy signed, has the answer.

“What’s next is we build out centers of innovation. The North is going to be cybersecurity and financial technology. Central is biotech and life sciences. South is aviation and agriculture. Shore is renewable energy and autonomous vehicles,” he said.

These are all obvious to those who know where companies have been migrating or growing.

Jersey City, Hoboken and Newark have seen high growth in the fintech and cybersecurity space. Life sciences and biotech have for ages been clustered, largely, in central New Jersey. South Jersey is known for its agriculture, and Atlantic County is seeing a spike of interest in the long-stalled aviation tech park. The Shore is already seeing interest in offshore wind companies, like in Atlantic City, and more growth is anticipated as the state sets regulations and pursues growth in other renewable sources.

The formalized clusters will stand on a network of nonprofit and state funding.

“These nonprofits that will crop up there will be funded by the commission to invest in innovation from the workforce pipeline into investing directly into companies, in partnership with the private sector, by taking an investment stake,” Zwicker said. “The money that is invested grows those companies, creates jobs and, if any money goes back to the state, it goes right back into the commission, then gets funneled back into investing into more companies.”

The idea came from neighboring Pennsylvania, he said, as well as the aggressive investments Massachusetts made to attract life sciences in recent years — some of which came from New Jersey.

“They went right through the ’09 recession because, when the legislature and the governor couldn’t appropriate enough money because times were tough, they were, because their investments were so good, they were able to keep going,” Zwicker said.

That’s not to say the government will suddenly be taking on risk at the level of venture capital firms. New Jersey does have its own independent or school-affiliated venture capital funds, and the state has the Economic Development Authority, but the commission will be yet another option.

“Governments are not the venture capitalists,” Zwicker said. “So, you don’t go out and take huge risks. But what the federal government and state governments have shown is, when you take moderate risk, then you get the positive return on investment three-fold, four-fold, easily.”

“It takes a while. We will start at $1 million. The last time New Jersey funded the commission, it was just under $11 million,” Zwicker said.

During the bill signing event Wednesday in New Brunswick, Murphy said the state needs to regain its dominance in innovative business sectors, plugging the drain of companies to competitor states.

But New Jersey has partly been responsible for that, based on state documents.

In its former existence, the commission was a 16-member body that had partnered with the Small Business Administration with the formation of the Early Stage Enterprises Limited Partnership in 1995.

The fund’s purpose was to turn $4.3 million of state funding into $30 million through joint investments with private industry.

But a 2001 audit by the Office of Legislative Services found that, while the investments were being made, they went out of state.

“As a result, only six of the 17 companies in the portfolio as of March 31, 2001, were located in New Jersey,” according to the 2001 audit. “The other 11 companies were located in Connecticut, Maryland, New York, Pennsylvania and Virginia. These are states that New Jersey is in direct competition with for startup companies. It would seem prudent for the commission to prioritize investment in New Jersey companies instead of just investing.”

Murphy expressed optimism about the role of the resurrected commission, and said there was still room despite the existence of other entities focused on investing in and attracting innovative companies.

“I think the fact that this is legislative, that it’s the law, that these folks (legislators) and their colleagues lead this, and I’m going to put my name on it, puts this into a little bit more different, perhaps special, category,” he said.

Murphy highlighted the work being done by organizations like Choose New Jersey, which is coordinating trade mission trips to Germany and Israel in the fall, led by CEO Jose Lozano, and the EDA, led by CEO Tim Sullivan, as well as Higher Education Commissioner Zakiya Smith Ellis.

“What Jose is doing right now, we were not focusing on. What Tim is doing with incubators and the EDA, we’re not doing. The connection between (business) and higher ed and what Zakiya is doing … higher ed research into the real economy, it just wasn’t being done,” he said. “I think it’s up to us to make sure we orchestrate this in a way that we are not bumping into each other. We think there’s plenty of space.”