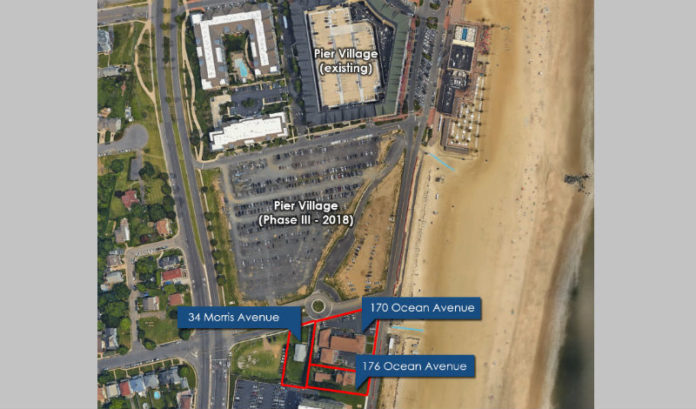 Woodbridge-based The Kislak Company Inc. announced Thursday the recent off-market sale of two properties in Long Branch to an affiliate of New York City-based Kushner that completed an oceanfront corner next to Pier Village.

“These properties are a natural fit for Kushner given their oceanfront location just south of Pier Village,” Pucci said. “Over the past 30 years, Jeff Wiener, our colleagues and I have done more than 70 deals with Kushner and we are pleased to assist with their expansion in Long Branch.”

The sellers of the 176 Ocean and 34 Morris are an undisclosed company and a private individual, respectively.

Kusner is an owner of Pier Village.