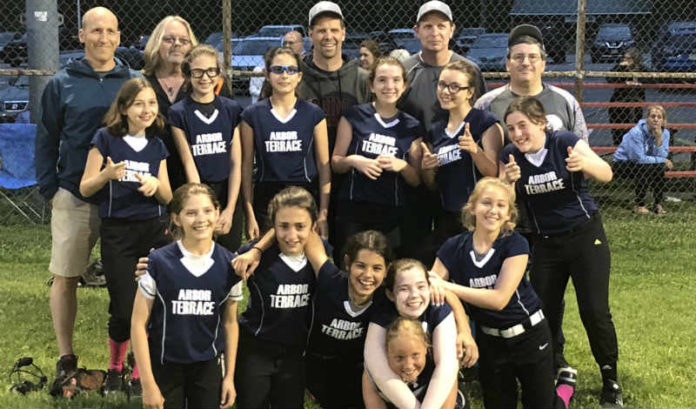 The Little League World Series ended Sunday. It’s the close of another season for me.

But as someone who has coached Little League baseball and softball the past 17 years (that’s what happens when you have five kids), I long ago realized the lessons I’ve learned leading kids on the ballfield never go out of season.

In fact, they translate amazingly well to the workplace.

You see it on every Little League team, a coach who feels he can win a championship on the arm of his best pitcher and a couple of hitters. It never works.

As the LLWS shows every year, every team has one (or even two) amazing pitchers. It’s the complete teams that advance. The teams that get the most out of their third-tier players are the ones who win.

Translate that to the business world: Do you count on your top performers to carry the team in every situation?

Work is too complicated and too stressful to do that. Simply counting on one or two key performers is unsustainable. Like Little League, doing so will only lead to burnout — and a team that no longer has any capable players.

Any group can identify the very best performers. But every group, whether it’s in Little League or the business world, also has B-level and C-level performers, too.

Here’s the catch: No one thinks they are a C-level player. But a player (or an employee) can be made to feel that way.

Bat a kid last, play him the minimum innings, never give him a chance at a prime position? This leads to a Little Leaguer who isn’t engaged and doesn’t feel like he’s a part of the team.

Do you do that with any performers on your team at work?

Imagine if you worked harder to improve their skills. In Little League, it’s as easy as teaching them to make contact at the plate or to stop the ball in the field. Doing so makes them feel part of the group and more energized to play. And, often, you find there was untapped potential that no one took the time to nurture.

The same thing will happen at work. Don’t write off any employees. My guess is that all have untapped potential, too. It’s amazing what happens when you bring up the bottom end of your group rather than only dealing with the top.

Run hard on every hit (but don’t watch the ball). Throw the ball underhand if you are within 10 feet of your target (makes it easier to catch). Move on every ball in the field (so you can back up a potential overthrow).

It’s the little things that help one Little League team beat another.

And it’s the coaches who preach those things on every play (and before the game, not after a mistake) that win. These teams make it look easy. After all, you don’t notice it when everyone does the right thing.

But you have to do things the right way, every time, to get the full benefit.

Does everyone always do the right thing in your business?

Are meetings always held as scheduled? Are best practices always followed? Does everyone know the goal for the day, the week, the month, the quarter?

Your team at work needs to know the fundamental ways that will lead to the success of the business — and they need to be stressed enough that it reaches a point where everyone knows what’s important without being told.

That’s when you have a winning team.

The only thing worse than a Little League coach who runs up the score is one who puts his team in a position to have someone run up the score against them.

Don’t enter tournaments against teams that are of (much) higher caliber. That doesn’t make you better. It leaves your players frustrated — and it makes them learn that doing all the right things does not equate to success.

Am I suggesting you only schedule easy games? Of course not. You want to challenge your team — but in a way where they can see doing the right thing can produce a victory.

How do you challenge your team at work?

Do you go after accounts you’re not in position to get? Do you have sales goals that are virtually impossible to meet?

Do you believe that when your team does not reach its goals, it’s a reflection on them and not you?

Good teams win. And with each win, they slightly increase their competition. That’s how you create champions.

Bad Little League coaches never give some kids a chance to pitch or play infield because they are convinced they can’t do it — and that they team can’t afford to do so.

Well-meaning Little League coaches give a kid his chance to pitch, but then change out their whole infield, too — which means the new pitcher won’t have the team he needs behind him to succeed.

Translate this to the workplace.

Do you ever give a junior employee a chance to take the lead on a big project?

And if you do, do you make sure they have the best team possible behind them? Even if that means people they usually work for are now working for them.

Doing so not only creates a scenario in which the junior employee feels like a greater part of the team and gets to experience success, it also shows the senior employees that those working for them may be able to handle greater assignments.

More so, you’ll find out a lot about your senior employees when put them in this position.

It’s easy to be a “team player” when you’re always in the lead role. True team players are willing to take on any role.

I served as the president of my local Little League for five years. In every one of them, I told the coaches the measure of their success will come the following spring, when they see how many of the kids sign up to play again.

Most people want to be in a situation where they are taught, valued and given a chance to succeed as an individual and as part of a group. Who doesn’t want to be part of a winning team?

If you follow steps 1-5, you should have a lot of returning players.

Last year, I found another way to measure success: How many of your kids go on to coach, themselves.

One of my older sons and his best friend, both in high school, signed up to coach a team of 9- and 10-year-olds. I couldn’t have been prouder.

They apparently saw the value of leading others — and had been given a road map for how to do it.

As any good new manager does, they took a lot of the lessons they had learned and then tweaked them to match their personality and leadership skill set.

Isn’t that the goal in the workplace, too?

Attraction and retention are buzzwords at every company in the country right now.

Are you creating an atmosphere where your employees want to one day step into a management role? And if they do, will they have been shown how to lead a winning team?

Here’s hoping you’re doing that as a manager of your employees.

If you’re not, I suggest you have your employees coach a season of Little League — they may just learn all the things they need to know to be successful.