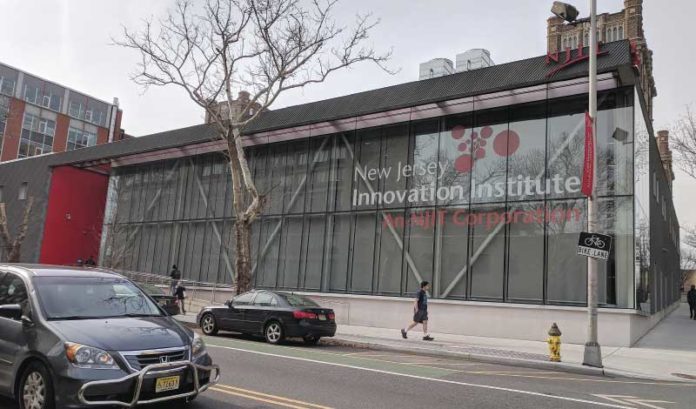 When you start to peel the onion back of what makes a millennial doctor, it’s more complicated than just wanting a work-life balance.

Gregorio, senior executive director of healthcare delivery systems at the New Jersey Innovation Institute’s iLab, has been working with Dr. Omar Baker of Riverside Medical Group on providing services that millennial doctors — and their patients — need and want.

Gregorio said his position is unique, having worked with Baker’s father and now working with the son. Baker is one of three brothers leading the rapidly expanding medical group in the state.

Riverside has grown from a small physician practice headquartered in Secaucus to, through acquisitions, having 230 physicians in seven counties.

In fact, by the end of the year, if most of the letters of intent currently in the pipeline go into effect, Riverside will have more than 300 physicians and a presence in 12 counties, and is also looking at launching ancillary services, according to Baker.

“We’ve grown at about 40 percent per year in the past three years, mainly through acquisitions, some through de novo growth,” Baker said.

Basically, it’s all about the changes and the bottom line.

“Health care is unique because we are in a delicate dance and balance between altruism and capitalism,” Baker said. “My father always said, if you do what is best for the patient, the economics will follow. If you boil that down, it’s population health before there was population health.”

Or, as Gregorio sees it:

“Omar was born with the internet. That’s a whole generational change … someone who is using it to get information, versus a young physician. They use the technology day-in and day-out. That’s a big shift in the generation gap,” he said.

Which is why the six-year partnership has been so successful for the two organizations.

Riverside depends on NJII, among other back-end providers, to help it navigate the administrative side of health care, giving Baker and other physicians the opportunity to have real-time data in their hands to help.

There have been big changes in health care in the last two decades, Baker said, which have forced the consolidation of large system.

There’s implementation, training and investing in the software and equipment. All while keeping up with payment reform and chasing the quadruple aim — quality, access, outcomes and satisfaction of providers and patients.

That’s what being a young physician boils down to.

And Baker hopes that schools like the Hackensack Meridian School of Medicine at Seton Hall teach students about the business of medicine. Meanwhile, payment models are changing and may soon reimburse doctors to do less but achieve more — especially because of the central role in prevention and education that primary care physicians play.

“Without primary care physicians leading the charge, most of the discussions don’t have as much merit and value,” he said.

“The expectation of the patient that they are treating is higher, so their game has to be better,” he said. “Dr. Google is walking into that office with that patient. (Patients are) going to be well-educated and have questions that previous generations may not have had. And if the doctor doesn’t know, they can go through data on their phone and get the information.”

Baker agreed, and patients are increasingly demanding accessing their electronic health records from home, asking more questions and putting more responsibility on the doctor while asking for more transparency on things like out-of-pocket expenses, success rates of procedures and health coverage.

“Those are conversations and dialogues that millennial doctors have become more comfortable answering,” Baker said. “It’s kind of our onus to have all the information and communicate that in a comfortable manner to patients. For non-millennial physicians, they have a lot to teach our millennial physicians about the practice of medicine and the history of medicine. We don’t want to interrupt the work flow.”

Just like Baker’s father is a mentor to him, he said.

For the provider, it enhances management of chronic conditions, reducing medical errors and unnecessary testing, could reduce fraud and helps with compliance of the medical system. Which is why Riverside invests in scribes for its older doctors who are less comfortable with technology.

“If a provider is 60 years of age or more and not comfortable with a new electronic health record system, Riverside and NJII together have the resources to support those physicians,” Baker said. “If that means I have to invest in a dictation program or in a scribe … we have 20 to 30 scribes. Is that expensive? Sure. But what is my ROI? Are my physicians happier? Does it lead to a better patient experience?”

If the answer is yes, it’s worth it. And it’s something smaller practices can’t afford.

But beyond the technology in the back-end, there is also a need to pay attention to apps and wearables that, while not medical equipment, help paint the picture of each patient.

“The world is moving to the handset,” Gregorio said. “The biggest word is interoperability.”

How all of the technology connects patients to hospitals to state record systems and ultimately a federal system — that is the future, he said.

But there are also ways that Riverside and NJII are catering to millennial doctors.

“They are also more focused on academics and bench-to-bedside treatments, utilization management and keeping up to speed with change sin best practices,” Baker said.

While stereotypes about work-life balance exist, the reality is that an independent practice isn’t feasible for a young doctor. And Baker has discovered how to create teams of care, another new trend in the health care space.

“We now have a hospital team because the days of doctors leaving the office to go make rounds (at the hospital) are over,” Baker said. “Are (doctors) working less hours, sure, but do we maximize the hours they are in the office (as a result), yes.”

The hospital teams are stationed 24/7 and follow through right from patients being admitted, to taking direction from the primary care doctor and follow up on patient discharge. That gives doctors resources beyond the exam room to see how patients are doing, and helps to ensure a reduction in ER visits, as well as readmission rates.

All of which can be recorded electronically.

“Our organization is a data driven transformation organization,” he said. “What does the data say and what does the ecosystem need to do to move the needle — that’s what helps drive the change. We play a large role in that as an innovation institute.”

NJII receives federal funding to help physicians move from a fee-for-service to fee-for-value platform. The results have already come in, and NJII is already months ahead of schedule, saving a total of $136 million for physicians of a total goal of $155 million, Gregorio said.

This helps NJII then commercialize and provide them to partners who may get to work with their platform before it becomes a commercially viable product.

“That’s my contribution to the ecosystem,” Gregorio said.

His focus is on the impending physician shortage.

“That’s my biggest concern,” he said. “Because the biggest driver of cost savings are the primary care physicians. We truly look at them as a gatekeeper for health care. Ultimately, they control what specialist patients will see, what tests are necessary, they are the ones the patients trust the most and hopefully focused on health care not sick care. Any model you look at, primary care physicians have to be at the center for that model.”

Baker said that, in the six years his family’s practice has worked with NJII, it has helped reduce the administrative burden and allowed physicians to have more time with patients. It has also helped the group improve population health and close chronic care gaps. Any improvements stem from the conversation between technology and medicine.

And the balance of technology in the world of medicine versus in-person interactions is also going to be led by doctors, Gregorio said.

“What is the right product, and is it appropriate?” he said.

After all, doctors can’t make a clinical decision based on a Fitbit reading.

“Technology for doctors to keep patients in that doctor’s office connected in a mobile world is becoming more and more important,” he said.

At the end of the day, Baker wants physician groups to be more appealing for younger physicians rather than the hospital systems.

“The days of going into private practice and handling that cost of administrative expenses — you don’t see that happening as much,” Baker said. “Not that I have anything wrong with new grads joining hospitals, but my job is to educate them that there are other options. Hopefully, as payment models change and we move towards data outcomes and hopefully we reimburse doctors for doing less and achieving more.”