Home Real Estate For Murphy, American Dream can be symbol (and starting point) for his...
Facebook
Twitter
Linkedin 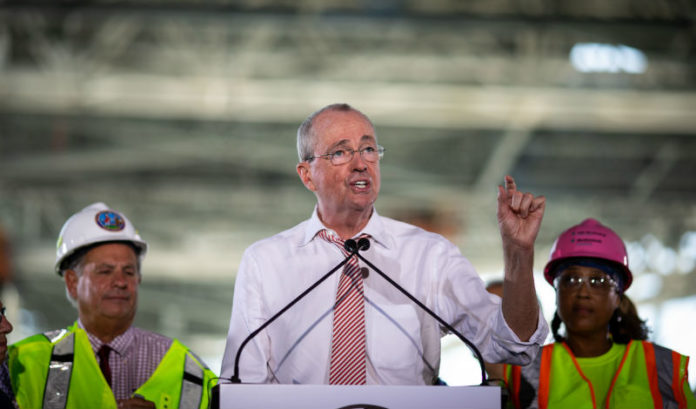 The numbers — as they always have been — are incredible.

More than 400 retail and restaurant spaces (and more than a dozen entertainment options) on the 91-acre site in East Rutherford.

More than 1,500 construction workers on site now (and that will double after Labor Day).

More than 16,000 jobs inside the facility when it opens (and an estimated 7,000 more coming in the surrounding area), paying more than $1.2 billion in wages.

Between 30-40 million visitors annually, providing an estimated $150 million in tax revenue for the state.

All of this, and a promise that this time — this time — American Dream will open as scheduled, next spring.

Of course, the $5 billion Meadowlands complex never has been just about the numbers. Not even the nearly $400 million in incentives the project is receiving from the state.

Developers and governors have talked for years about the experience.

On Tuesday afternoon, Gov. Phil Murphy described the mammoth project in a new way: as a symbol for the economy he hopes to create in the state.

Speaking before hundreds of elected officials, invited dignitaries, the media and a large crew of construction workers, Murphy made it clear what the project means to him, thanking the Ghermezian family and its Triple Five development company for bringing the project to the state.

“I’ve spoken many times about the stronger and fairer New Jersey economy we want to create,” he said. “We want to make it fairer for working men and women: good wages, affordable health care, better working conditions.

“And (thanks) to their work, and the work of folks like the Ghermezians and Triple Five, we’re creating a stronger economy through investments that will create good jobs and new opportunities for our residents.

“American Dream clearly and directly speaks to both sides of that stronger and fairer vision.”

There was no milestone moment in the construction that called for the event.

Murphy, however, wanted to acknowledge the workforce days before Labor Day, saluting a key component of his support: organized labor.

“For many, this American Dream has been a dream long deferred,” he said. “But because of the work of Triple Five, county and local leaders, and the men and the women of organized labor, it is a dream that is finally coming to fruition.

“And I don’t just mean a dream of a new multifaceted entertainment complex that will turn the Meadowlands complex … into a truly year-round, family-focused (and) diverse entertainment destination.

“But I also refer to our goal of creating good, new sustainable jobs — union jobs, that can support families and help secure their place in New Jersey’s middle class — and to our goal of long-term economic growth.”

Murphy said he hopes it’s the first of many big projects in the state — even suggesting a trickle-down impact of new construction.

“We are a society of builders,” he said. “But we don’t build things just to correct jobs in the short term. We build things to create long-term jobs, so families will be able to afford good, new housing, which, in turn, will create more construction jobs, so they can have their own toehold in the economy and help us grow.”

Murphy said this is how labor works in the economy.

“The construction trade builds so others can spur growth that will create even more construction jobs,” he said. “This is a cycle New Jersey will get back to.”

The inside shell of the building is nearly complete.

More so, it’s easy to see how all of the entertainments options — everything from an aquarium to roller-coasters to water parks, ice skating rinks to, yes, even the infamous ski slope — will fit into the project.

American Dream, on the drawing board in various models by various developers and various names for more than 15 years, appears closer to a reality than ever before.

All of those dates were thrown out.

How confident are folks associated with the project that it will open in 2019? Plans for a second phase already were thrown out.

Bergen County Building & Construction Trades Council President Rick Sabato, one of a half-dozen speakers at the event, lobbied the governor for a convention center and a world-class hotel.

But that’s not all.