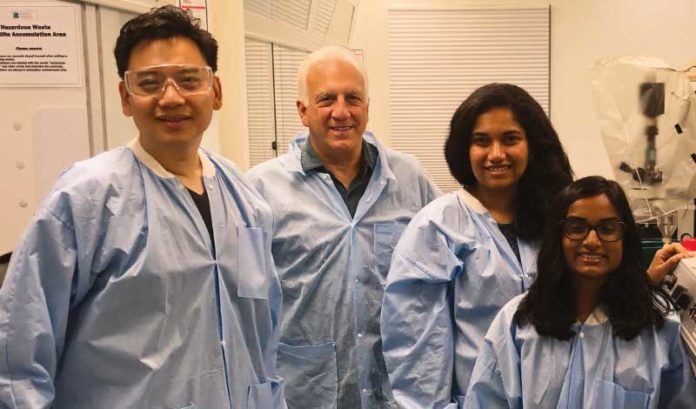 Frana James said she would never eat fish from the Hudson River.

“Nearby factories produce contaminants that go deep into the soil, the sediments and, ultimately, into the groundwater, if not directly into nearby waterways,” she said.

It gets worse, she added.

Out of the more than 1,300 Superfund sites, the nearly 450,000 brownfields, the 35 million-plus acres of land and billions of river sediments in the U.S. contaminated with persistent organic pollutants, levels are most highly concentrated in New Jersey and New York.

James, co-founder and CEO of Allied Microbiota in Brooklyn, said she would have liked to help solve that issue closer to her home in Jersey City.

“But we could not find appropriate space in New Jersey last year,” she said.

Still, Allied Microbiota — which has bioengineered a non-pathogenic microbial product to sustainably break down toxins and remediate soil, sediments and groundwater at 80 percent of the current cost — currently is looking for both laboratory and biomanufacturing space in New Jersey.

The state would do well to help: Not only does the company plan to disrupt the billion-dollar soil remediation industry, but, also, it is on track to earn $13 million by 2021.

And James, 30, is ready to lead the revolution.

James worked as a business analyst after completing her undergraduate degree in electrical engineering at the National Institute of Technology – Calicut in India in 2010.

“I had been part of many projects concerning waste and water treatment,” she said.

She then emigrated to New York City to obtain her master’s degree in industrial engineering and operations research from Columbia University in 2016.

“It was during my time at Columbia University that Dr. Ray Sambrotto, an environmental microbiologist and professor, and I decided to work together,” James said.

Sambrotto, co-founder and chief science officer of Allied Microbiota, had been focusing on a glaring issue for more than two decades, James said.

“He had been conducting research trying to find which bacteria would best eradicate pollutants,” she said.

Recalcitrant compounds, such as polychlorinated biphenyls, or PCBs; dioxins; polyaromatic hydrocarbons, or PAHs; and volatile organic compounds, or VOCs, often are released into soil near industrial sites, causing the land and groundwater to become toxic.

Furthermore, people and animals living near such sites are at risk of developing long-term health issues, including multiple cancers, due to contamination.

“Transporting the soil to the few approved landfills in the country simply relocated the problem, and incineration often is energy-intensive and costly,” James said.

So, after Sambrotto engineered a groundbreaking solution of microbes and enzymes at Columbia University called PacBac, he and James founded Allied Microbiota in March 2017 to commit to creating a cleaner and safer environment.

“In biomanufacturing bacteria, which can treat toxic pollutants in the soil and in the groundwater, we developed a proprietary, naturally occurring microbe which can treat a wide variety of contaminants,” James said.

It was not as easy as it sounds.

First, Sambrotto and his team had to identify microbes for their ability to break down pollutants.

Then, they had to figure out how to best culture and optimize them for growth.

Lastly, they had to learn to control the fermentation process.

“It’s a little like brewing beer,” James said. “You ferment for some time and then separate it out.”

However, once mixed with soil, they can permanently destroy contamination at the source faster and cheaper than any alternative solution.

“There currently is no solution for the treatment of PCBs in particular, so that especially is where we come in,” James said.

PacBac can reduce PCB levels by 80 percent in just five days, with complete remediation often occurring within weeks or months.

“The land can then be redeveloped for economic purposes,” James said.

In just one year, the company has gone from working within 1-liter flasks to 400-liter tanks at a facility in West Chester, Pennsylvania, with the capacity to produce 20 pounds of product per day.

It also has expanded to include four employees, including Michael Chin, director of technology, and Thanuja Singh, research associate in chemical and biomolecular engineering.

With nearly $500,000 in initial funding thus far from the National Science Foundation and PowerBridgeNY, the New York State Energy Research and Development Authority’s program to commercialize university-based technology, Allied Microbiota has begun testing at various Clean Earth sites in the Northeast, including one in Kearny.

“With nearly 25 facilities dedicated to the testing and treatment of soil, Clean Earth is one of the largest remediation companies in the Northeast,” James said. “Rather than continue to incinerate the soil, the company is interested in purchasing and using our bacterial method.”

From now through the end of the year, Allied Microbiota expects to help remediate more than 100 tons of soil for Clean Earth.

“After our pilot program is complete, we plan to partner with other companies to treat additional Superfund and brownfield sites,” James said.

Allied Microbiota will not stop there, James added.

After PacBac is formally launched for sale, the company plans to use similar processes to bio-manufacture more low-cost microbial solutions and sustainable biochemical products for future large-scale environmental and industrial applications.

“For example, we currently are looking into biosurfactants and biochemicals in the food industry,” James said.

The goal, she added, is to become a large, environmentally-focused biotechnology company in the Northeast.

“Seeing as this area is the most polluted and real estate here is less expensive, we would prefer to relocate to New Jersey,” James said.

Frana James, co-founder and CEO of Allied Microbiota, is no stranger to the startup world.

“Plus, I still have a share in the company,” James said.

Allied Microbiota is a finalist in the New York State Energy Research and Development Authority’s 76West competition, where they are eligible to win a grand prize of $1 million in September.

“But, out of 20 finalists, perhaps two of us are women-owned,” Frana James, co-founder and CEO of Allied Microbiota, said. “In India and in the U.S., there are more men working in engineering, and certainly in remediation, than women.

“But more women are coming up in this field, now, so I have hope that this will change.”

Another big change will arrive later this year, too: James and her husband, Ninoy Job, are expecting their first child this fall.

More information on Allied Microbiota can be found at: info@alliedmicrobiota.com or 917-680-5436.

Swag and swagger: Young entrepreneur, 26, is quickly building SwagUp into...

Pioneer Power announces $12M order from one of the world’s largest...