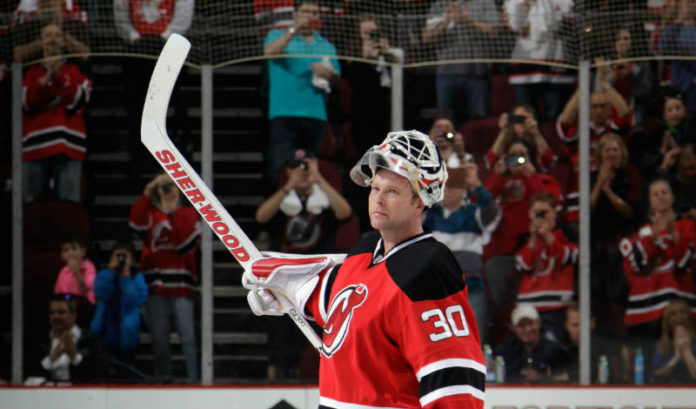 Martin Brodeur said he always was intrigued by the business side of hockey when he was setting records and helping the New Jersey Devils win three Stanley Cups.

On Wednesday, the team announced the soon-to-be Hall of Fame goalie will get that chance, as he was introduced as the organization’s new executive vice president of business development.

The scope of the role has yet to be determined. And that’s just they way Brodeur prefers it. In a conference call, he said he is eager to try a number of roles in an effort to find the best fit.

“It’s definitely something that’s going to be new to me,” he said. “The conversation I had with (team President) Hugh (Weber) and (CEO) Scott O’Neil were really good.

“They’re willing to help me get my feet wet in the organization, getting to meet people first and kind of figure out which direction in the business I want to take. For me, it’s a great opportunity to learn.”

Brodeur ended his playing career with a seven-game stint with the St. Louis Blues during the 2014-15 season. He retired midseason, taking a job as an assistant general manager.

Three years into the role, Brodeur said he knew it wasn’t a good fit, saying the extended hours forced him to spend too much time away from his young family.

“I wanted to ease up on my schedule a little bit due to my young son at home,” he said. “When I didn’t come to an agreement in St. Louis to continue, because they needed a little more time from me than I was willing to give, I reached out to Hugh.

“He was definitely excited that I did, and we came up with a plan. Today, we’re moving forward with it.”

And even though he said most of the Devils’ management team has changed since he last played for the organization, Brodeur said various events — including his jersey retirement ceremony, the unveiling of his statue and the retirement of Patrick Elias’ jersey — brought him back to the team enough for him to have a connection with Weber and others.

“Every time I came back, it felt normal for me to be in New Jersey,” he said. “So, when the opportunity came about, I knew I was going to be welcomed here.”

Brodeur said he welcomes the change to the business side, too.

“I’ve always been intrigued about the business part and how the money is coming in and coming out of an organization,” he said. “As a player, you get paid a lot of money and you just don’t see the background.

“It’s always intrigued me, and I asked a lot of questions, especially when I was in St. Louis. I was in the offices, and I was able to pick the brains of a few people. … The idea of being able to be on that side of the business of hockey is exciting to me.”

Home is where the ? is! pic.twitter.com/DVGMPMDTfF

Brodeur also said he welcomes what he perceives to be a different focus by the management group than the one he encountered when he played with the Devils.

“It’s changed dramatically,” he said. “As an organization, you can see that they are a lot more active in the community, a lot more active with their fans. It’s something that when I played here wasn’t really the case.”

For the time being, Brodeur said his family will remain in St. Louis, where he will travel on most weekends. But he said that situation could change as he gets more comfortable with the transition.

First up is determining where he best fits in the organization.

“I don’t want to jump to a conclusion as far as what I’m going to do,” he said. “I really want to make sure I touch everything a little bit to see what I’m comfortable with. And I think Hugh and Scott made me comfortable in knowing that we are going to take our time and make the best out of the situation.

“I’m happy to be back and they’re happy I’m around.”