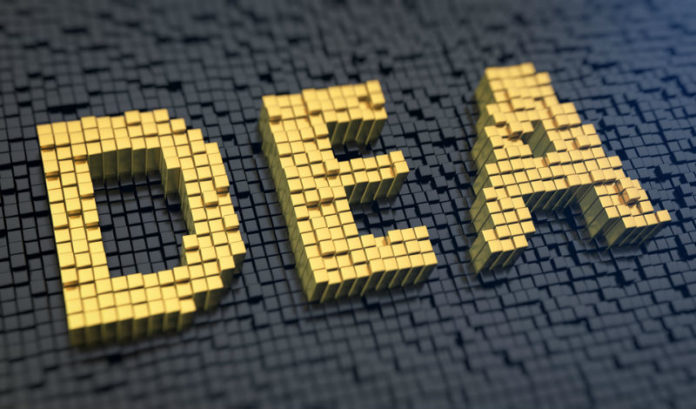 The business structure of drug cartels is no different than that of some of the largest corporations and businesses in the country.

But rather than go after the business or the product, the DEA said it is focusing on a new strategy: Cut down the demand from customers.

Special Agent Timothy McMahon, with the New Jersey Division of the DEA, spoke with ROI-NJ about this strategy Thursday.

He and Assistant Special Agent in Charge, Christopher Jakim, led a collaborative community action meeting in partnership with the Milken Institute’s Center for Public Health hosted by Horizon Blue Cross and Blue Shield.

McMahon told ROI-NJ that fighting drug use, rather than legalizing it, is important.

“I don’t understand the thought process of well, because there is a drug issue, let’s just legalize it,” he said. “Robberies and homicides still go on, do we turn around and say, ‘Let’s just let it happen?’ No. We still have to continue to try and put a stop to this.”

“It comes down to a supply-and-demand issue,” he said. “As long as we have a demand here, somehow, someway, there is going to be an open supply coming. Getting to teens and educating them on the risks is key.”

“Over the years … for law enforcement it was arrest, arrest, arrest, arrest,” he said. “And, obviously, we know now that that is not working. Yes, that has to be a part of it, and yes, people do have to go to jail. But the whole education piece, especially at a young age, has to get people when they are young enough, before they even experiment.

“It’s going to take a lot of time. But if we can get to enough young people, to where they don’t start to begin with, eventually we will see the demand dwindle, which will mean less of supply.”

McMahon is concerned that all of this is happening at a time when attitude toward drugs are increasingly changing.

And that, he said, could be signaling cocaine dealers that have suddenly found the U.S. a viable market to re-enter.

“Cocaine production, probably about 5-8 years ago, started to go down,” he said. “Not coordinated with, but at the same time as, the transition and increase in the opioid abuse.

“And now we’re starting to see another increase in production of cocaine.”

Could that be because of the national debate on legalizing marijuana?

“The only think that might be relatable is the overall change in opinion on the push for legalization (of marijuana),” he said. “The thought process is, the less of a risk factor that people perceive, the more of an increase in that activity. It could be (perceived) with the general change across the country that marijuana is OK that attitudes of other drugs will start to change.”

Like all big businesses, McMahon said the leaders of the drug cartels are following what’s going on.

“They are keeping an eye on the marketplace,” he said. “When they see there is a slight uptick, then they increase their production to feed the marketplace.

“We are hearing a push from different people about let’s just legalize everything. People aren’t necessarily perceiving the danger that’s out there. The whole perception has changed over the last couple years and I’m sure that’s playing into it.”

There also is a changing attitude from law enforcement.

Just this week, the Attorney General’s Office released guidelines on how to handle marijuana cases in light of Jersey City attempting to blanket decriminalize the substance at the municipal level.